previous
Cover star Luis Suarez gets his teeth into PES 2018
random
next
Bethesda releases the first episode of German... or Else! on YouTube
0 comments

Danganronpa V3: Killing Harmony is cooler and crazier than ever before 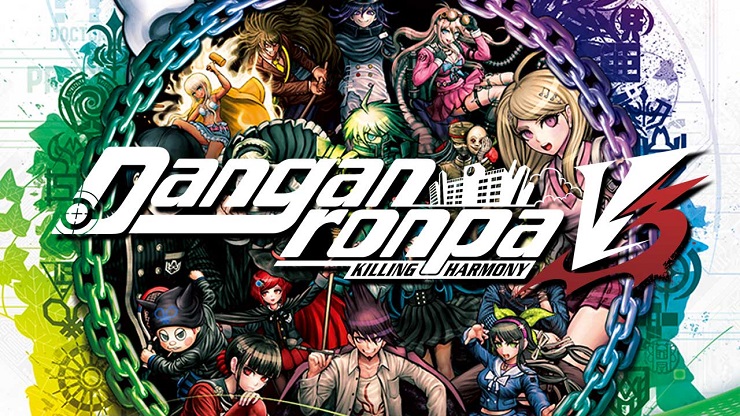 If you’ve ever played any of the Danganronpa games, you’ll know just how outstanding they are, stylistically and mechanically. Not only that, but the stories are engrossing, full of fantastic character development, and feature the greatest, most evil bear in video game history. If you’ve never had the joys of playing 1 or 2, the basic premise is that a bunch of high school students from around Japan are brought together by a murderous bear, faced with the challenge of killing each other for their freedom. At the end of September, the world will finally get to play the third entry in the Japanese visual novel series, Danganronpa V3: Killing Harmony. I recently had the opportunity to speak to the mastermind behind the series, and it was an experience I’ll never forget.

I was greeted by a gorgeous sunny morning in Central London. I’d slept very little due to an early coach, but I’d managed to watch Castlevania on the trip down, so it hadn’t been too bad of a journey. Kazutaka Kodaka is a genius, and I was about to speak with one of the most talented Japanese creators of all time. NIS America’s Alan Costa was on hand to translate, and without further ado, we got straight into it, talking about the series so far, what Killing Harmony was going to do differently, and why does everyone love Monokuma?

First off, I wanted to know if Kodaka-san wanted to do anything differently with Killing Harmony that hadn’t been done yet. “Basically, to improve the animations and all the moving parts – to make them look a lot better. When you have an opportunity to play you’ll see. There is no 2D, and even though the characters are placed inside a 3D field, it’s all 3D essentially. There’s also a lot of time when there are multiple characters that pop up at the same time.”

If you’ve seen the trailers, or paid any attention to the news coming from the game, you may have heard about a couple of new features: Mass Panic Debates and Debate Scrums. “The panic debates are when three characters are speaking at the same time. Debate scrums are two teams essentially of multiple characters in the game, featuring one topic where they’ll fight against each other. Compared to previous times, it really feels they are having debates.” Another thing that’s abundantly clear is how damn good it looks, and how there’s been a lot of attention put into the overall presentation. This is an obvious improvement, but there’s a great thought behind why. “1 and 2 are very cute. People who’ve played 1 and 2 at this point are getting a little older, so he wanted to shift it from cute to cool. Again, the music has also been given a more jazzy shift – as has the music, and again, it’s an intentional shift from cute to cool.”

It was inevitable that I was going to talk a little bit about Monokuma to the man who created him. For me, Monokuma is flawless as a villain and I wanted to find out whether Kodaka-san enjoys writing in the executions that have featured throughout the series. “In 1, Mr kodaka and one other person came up with all the executions, and for 2, the person who worked with him on 1 left the company. Mr Kodaka was very busy with other aspects of the game, so he left some of the executions up to other people – the executions outside of chapter five. In 2 – outside of chapter 5, people found the executions a bit weak. This time in V3, he did all of them. So most people in Japan are saying wow, this is really heavy stuff – the pendulum has swung again.”

Before I got to go hands on with the game, I wanted to ask why the hell Monokuma now has children. “They’re not there for window dressing. They serve a purpose in the story. Originally he didn’t really plan to have these characters at all. Once the plot was almost finished, he added them. The role they occupy is to get things pumped up, to get people excited, and even though they might have been added late, they’re still integral. A lot of the things in the story relate to them.”

Playing the demo of Danganronpa V3: Killing Harmony, it’s evident just how much better it looks than its predecessors. You can move the camera from left to right, and the 3D environment just pops. Kazutaka Kodaka told me how you can slap objects in the environment out of the way, like tables and chairs, just for the sake of it. Like the previous 2 games, you can investigate your surroundings for more clues, and leave rooms just as you’ve done before. The coolest thing about the demo, though, is the fact it’s a self-contained story, built for the purpose of giving old and new players a chance to get to grip with the mechanics. There are some great references to previous games, but also it’s a nice introduction to the series’ first female playable protagonist, Kaede Akamatsu. As you play through the demo, you bump into some of the new characters, such as the Ultimate Detective, Shuichi Saihara, and the Ultimate Tennis Pro, Ryoma Hoshi. Whilst talking to Ryoma, I was told about another new feature that doesn’t really have any impact on the story, but it makes conversations much more than reading the text that pops up along bottom. You can be snarky, and unimpressed if they say something to you, or you can sound interested and enthusiastic. It was quite amusing watching an embarrassed Ryoma skulk away after being shunned by my underwhelming responses to his boasts.

The demo’s class trial showed off the new Mass Debate mechanic, and also some of the new mini games. It follows the same kind of pattern as 1 and 2, but there’s a point when three characters all popped up, and I had to fire a Truth Bullet at the correct statement, using the correct evidence. You can silence opponents, especially as some will shout at you, filling the screen solely with their text. These moments add even more nerves to the trials, mainly because there is so much more going on on screen.

The two mini games I got to see were really cool. The first had me getting rid of coloured blocks on a grid (think Minesweeper) to reveal the murder weapon, and the second has you playing a neon version of Outrun, which sees you racing down a road trying to hit who you think is the suspect. I almost didn’t get to see the second mini game as my time was up, but Kodaka-san really wanted me to see it, so played the mini game himself just so I could see it.

Danganronpa V3: Killing Harmony looks like it’s going to be amazing. From the visuals to the mechanics, it has been improved in everyway. Alan Costa pointed out that unlike the previous 2 games where the PS Vita was the sole format, this was made for the PS4, so they had its technology to hand, able to use it to make the best game possible. It had been a wonderful morning, but I was tired after the trip down to London. When Alan asked me how far I’d come to be here, I mentioned that it wasn’t too far, but I was pretty beat. He translated to Kazutaka Kodaka, who smiled and said, he’d travelled 1200 miles from Japan to be here. “You win,” I said, smiling back.

If you’re dying to play the demo, I was told it should be dropping late August, so hopefully we’ll be hearing a bit more about it soon.

Video games are cool. Don't let anybody tell you any different.
MORE LIKE THIS
danganronpa v3