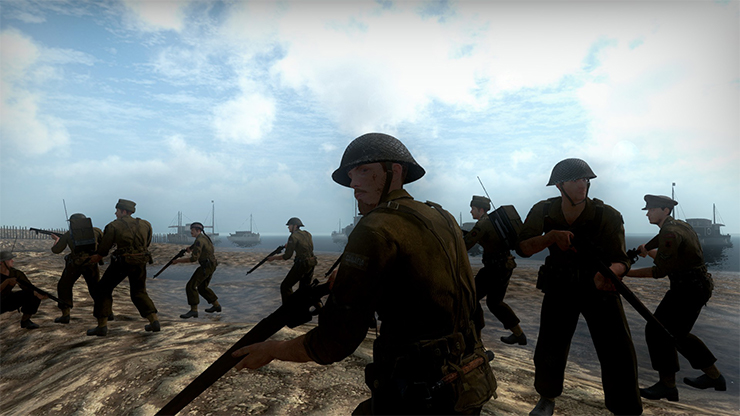 New World Interactive will release a Dunkirk update for Day of Infamy today.

The Dunkirk update comes from New World Interactive being inspired by the new Nolan movie. This update will be available for free and it will add two new maps. One is based on the evacuation of Dunkirk and the other is on the battle of Breville. There is also a new foliage system on display. Check out the trailer below:

“Our Dunkirk map offers a unique gameplay perspective by inverting the flow of battle so it ends on the beach instead of starting there “The Miracle of Dunkirk” was one of the biggest turning points of WWII. With the fate of the Allied forces hanging in the balance, a flotilla of civilian crafts helped evacuate 338,226 troops that were cut off and surrounded on the beach of Dunkirk, France. The update also includes another new map that focuses around the Battle of Breville; in which paratroopers from the British 6th Airborne Division successfully liberated the small village of Bréville-les-Monts in France, just days after D-Day. The battle was dubbed “one of the most important battles of the invasion. The Breville map highlights our new foliage system while the gameplay is highly intense from extensive testing in collaboration with our community”

Day of Infamy is available on PC.