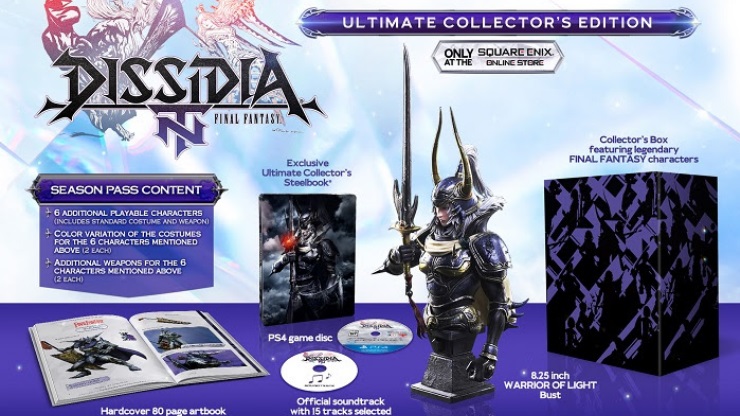 Dissidia will be making its PlayStation 4 debut in January with multiple editions available. There will be a collector’s edition that is exclusive to the Square Enix store and a Steelbook Brawler Edition. Dissidia will have fast 3v3 battles. There’s also a new tutorial trailer. Watch it below:

The Collector’s Edition contains the following:

The SteelBook Edition will have one of three designs at random. There’s also a season pass which includes 6 new fighters with skins and weapons for them. The Digital Deluxe edition includes this and all digital preorders include a mini soundtrack with 5 songs and a character skin.