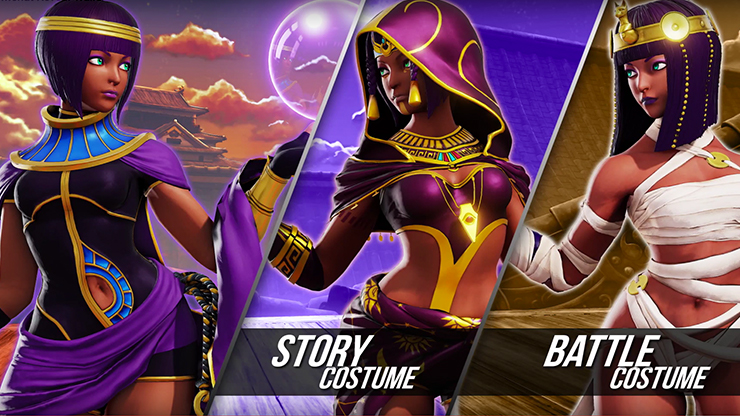 Menat, the Eyes of the future has been revealed for an August 29 release. Menat has a very interesting battle costume (MK9 Mileena anyone?) and will be included in the 2017 Character Pass in Street Fighter V. Check out her trailer below:

Menat will release on August 29. Street Fighter V is available on PlayStation 4 and PC.