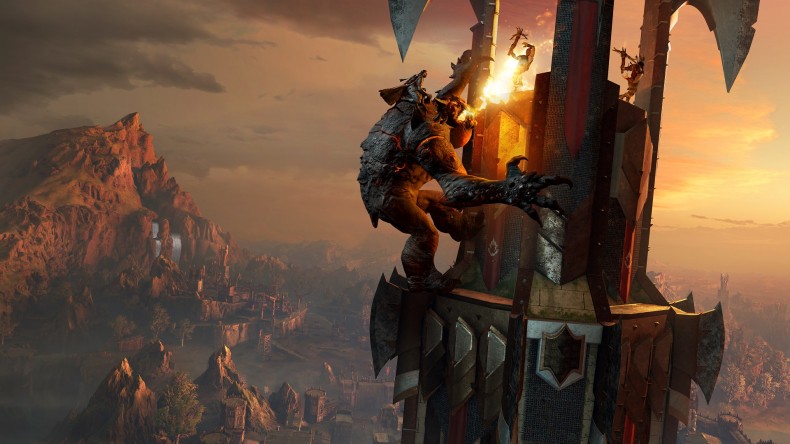 Warner Bros. Interactive Entertainment has today launched a new new “Campaign That Never Forgets” which aims to bring to life Middle-Earth: Shadow of War. The live-action film directed by Neil Huxley (Avatar, Watchmen) and shot by Director of Photography, Fabian Wagner (Game of Thrones), the “Campaign that Never Forgets” aims to recreate the award-winning Nemesis System, driving viewers to make key story decisions during the siege of a fortress in Mordor. Those decision will then result in a personal relationship with a specific Orc as a loyal ally or vengeful enemy which aims to extend beyond the interactive trailer and follow viewers across the internet, emulating the gameplay experience created by the Nemesis System.

In Middle-earth: Shadow of War, players now have entirely new ways to journey through the dynamic world, with more choices and opportunities than ever before due to addition of Orc Followers. Whether spared, scarred, recruited or marked, every encounter will be remembered and help fuel the dynamics of society and conflict within Mordor, all brought to life through the expanded Nemesis System.

We have loads of content available on the upcoming Middle-Earth: Shadow of Mordor with Chris’ Legend of the Ranger series.

You can watch the live-action film below:

Likes to shoot stuff and wear pretty shoes. Is a BEAST at Titanfall.
MORE LIKE THIS
Live-Action Trailermiddle earth: shadow of warTrailerwarner bros. entertainment

Watch the new live action trailer for Fallout 76 from Bethesda.

HAWKEN Impresses the Crowd at E3, Aims to do so at SDCC and Gamescom Too