previous
You can now buy Xbox One Design Labs controllers designed by your favourite content creators
random
next
Wolfenstein II: The New Colossus has a 5.417GB day one patch on PS4: Report
0 comments 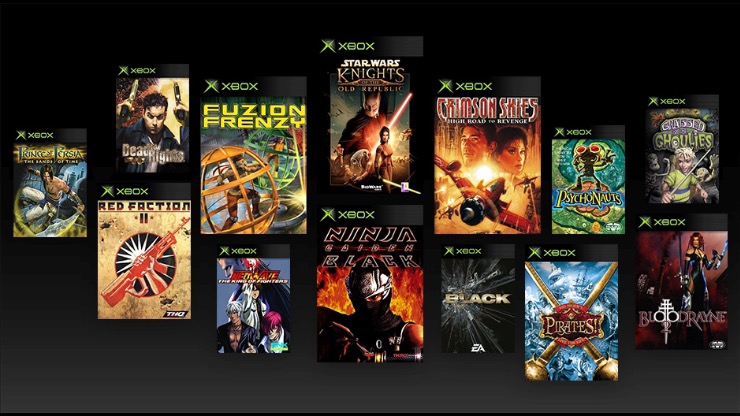 Microsoft unveiled the 13 Xbox games for Xbox One yesterday.

Starting today you can now play three generations of Xbox games on the Xbox One. The 13 titles to join the list from the original Xbox include Crimson Skies, Knights of the Old Republic, and more. Beginning November 7 there will be a few 360 games that will get Xbox One X enhanced as well including Assassin’s Creed and Halo 3.

The original Xbox games will get 4X pixel count boosts on Xbox One S and 16X on the One X. There will be disc and digital backward compatibility. The following 13 titles are available in the first batch:

Here’s a comparison video for Knights of the Old Republic:

It is going to be interesting seeing this evolve over the next few months. Hopefully we get some classics like Jet Set Radio Future and maybe even games like Dead or Alive Xtreme Beach Volleyball.

Part time writer part time JRPG and indie game enthusiast, Mikhail Madnani spends far too much time listening to video game music on Vinyl like a true hipster from India.
MORE LIKE THIS
original xboxXboxXbox Onexbox one back compat