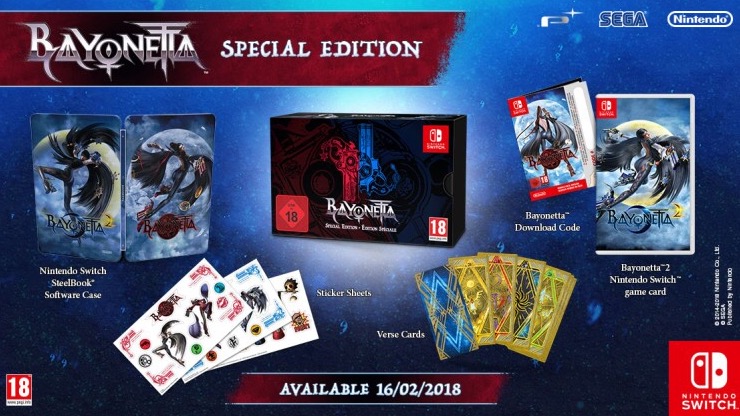 Bayonetta 1 and 2 are coming to the Switch in February.

Bayonetta 2 will also support local wireless coop. Tag Climax was onlien only but now it can be played locally or online. This version will also support the Bayonetta amiibo from the Smash Bros series. No details on the actual support are available yet but we do now that video capture from the Nintendo Switch will be supported.

Bayonetta 2 is available on Wii U. The Collection launches on February in Europe on the Nintendo Switch.