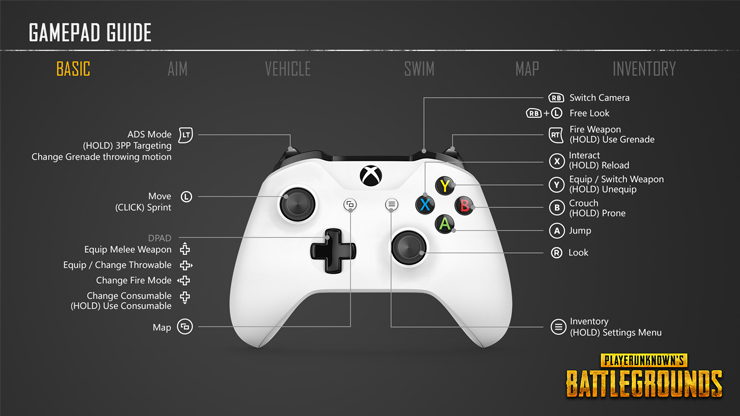 Xbox Wire has a detailed control scheme for PUBG on Xbox One.

PUBG is less than 3 days away on the Xbox One and we now have a detailed look at the initial control scheme for it on Xbox One on the controller. PUBG Corp. had help from the Xbox Advanced Technology Group and The Coalition for controls among other things. The control scheme available at launch can be viewed here. Some interesting decisions and some weird ones. There is a dedicated button for changing camera but reloading requires holding a button instead of tapping one. The controls for swimming, vehicle control, and more can be viewed on the above link. You can also change look sensitivity and invert camera axis as well. Watch the newest Xbox One video for PUBG below:

PUBG will release through Game Preview on Xbox One on Tuesday.