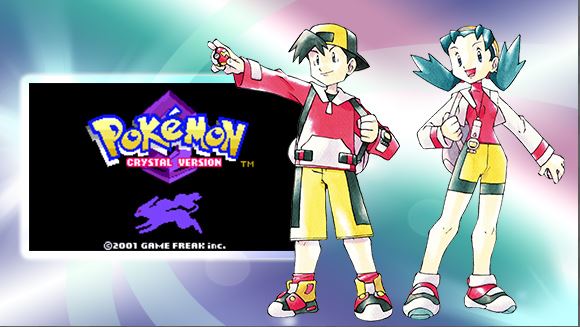 If you though Pokémon Gold and Silver for 3DS were enough you;d be wrong, Pokémon Crystal is also coming, and it’s only next month.

Pokémon Crystal was an expanded version of both Gold and Silver, and seeing as both of those precious metals have seen their release on 3DS already it only makes sense for Crystal to folow shortly after, and January is the time.

Pokémon Crystal was the first game in the Pokémon series to let you choose a male or female player character as well as bring animations to Pokémon battles, and when the game launches on Jan 26 the game will be fully compatible with Pokémon bank, allowing you to transfer your pokémon from it to the newer games.

Also, in this version there’ll be an event after the main game is finished to meet and catch the pokémon Celebi.

A lover, not a fighter and an all round good guy (he would say that, he wrote this after all), he's happy to be here as part of GIAG.
MORE LIKE THIS
2DS3dsgame freaknintendo