previous
Shadowhand by Grey Alien Games is now available on Steam with a 10% launch discount
random
next
2064: Read Only Memories gets a surprise launch on Vita, free for PS4 owners
0 comments 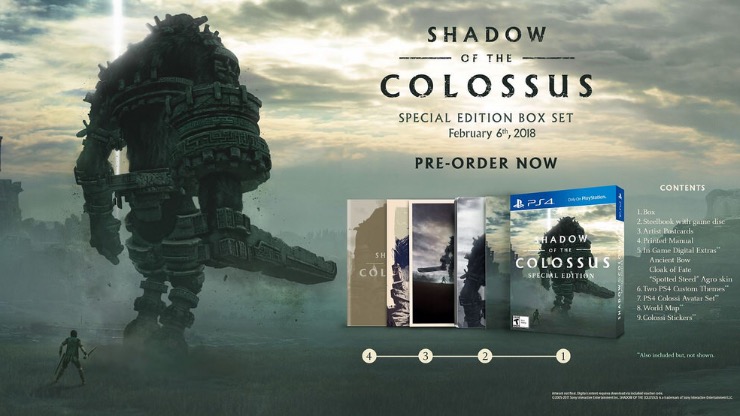 Sony just announced a North American box set for Shadow of the Colossus and detailed the PS4 Pro support.

The full remake for Shadow of the Colossus on PS4 releases in february and PS4 Pro owners are in for a treat. It will have a 4K 30fps mode and a performance mode that targets 60 fps. Watch the video below highlighting the PS4 Pro support:

For North America, there will be a special edition box set including the following:

Shadow of the Colossus releases on February 6 in North America on PlayStation 4.