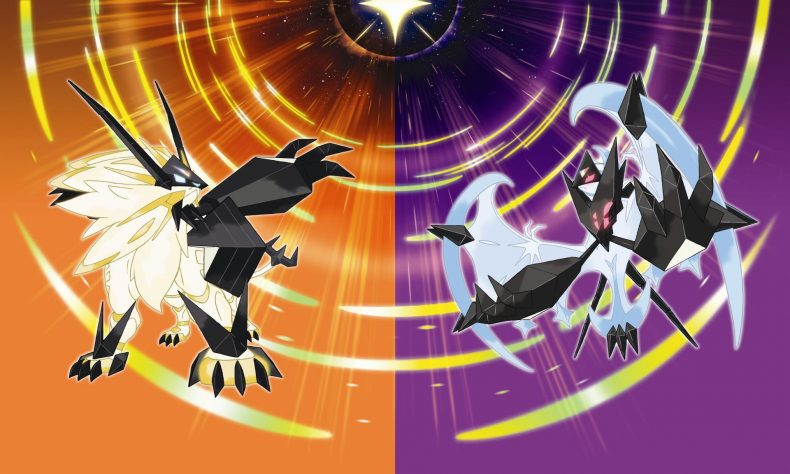 So, let’s recap, you’ve got two trials down, and have a Totem Raticate. More trials are incoming, and they’re only going to get harder, so you could do with some more Totem stickers to get yourself some more varied Pokémon. Fear not, the next thirty stickers will not get you one, but two, yes, two Totem Pokémon. During this passage of play you’ll also encounter your first Ultra Beast thanks to a wormhole on the Aether Foundation, But we’ll come to that later.

Last time around we collected our twentieth sticker in Paniola town, after which a trip back to Heahea Beach nets us Raticate. Following from there we start by going back to Hau’oli city, because by now you should have a fishing rod and as a result new stickers are available to you. I’ve put these in the order you should come across them, so with no more further ado, here we go.

1) Outside Captain Ilima’s house, in the pool, you’ll need a fishing rod to get it. This is obtained after the trial of water

2) There’s a wagon all the way to the left, there’s a sticker on it

3) in the water, once again you’ll need a fishing rod
4) There’s an area with a lot of hay, around the back of there you’ll find a fence gate, the sticker is on there

5) Outside the trial are opposite the Pokémon centre there’s a pool of water, use the fishing rod again

10) Outside The Dimensional Research lab on the satellite dish,partly obscured by it
11) Inside, on the wall to the right of the entrance
12) The left hand side of the entrance to the surf shack

13) On the outside of the Aether Foundation caravan
14) The ‘Dream Park’ isn’t dreamy, but check the disused fridges next to the caravan for a sticker 15) Burnett’s office, on the left wall near the bookcase

16) Inside the restaurant, behind the counter by the entrance
17) At the harbour, it’s on the right hand side on the floor near the stern of the boat

18) On the pier on the right hand side
19) On Hano Beach, follows the wall, you should just see the sticker behind an umbrella

20) Outside The ferry terminal

That will ensure Professor Oak gives you a Totem Aquanaid, But let’s go for another shall we? 29) Start going back down the coach route on foot, you’ll find the sticker on the barrier part of the way down

30) Inside, on the right hand side of the TV area.

Now that you have another ten it’s time to go see Professor Oak at Heahea beach (yes I’m aware he was just at the power station, but you can only collect Totem Pokémon at Heahea for some reason). Once you turn in your stickers the good Professor will give you a Totem Salazzle. So, you now have three Totem Pokémon.

Your first encounter with an Ultra Beast

Now, it may sound scary, and when it turns up looking all like a jellyfish and without a face it seems intimidating, but it isn’t. There’s no obvious markings on it to signify its weakness, but this Ultra Beast that you encounter on Aether Foundation Island is weak to water.

You’ve had plenty of chances to have a decent water Pokémon by now, and one at level 30 will rid you of this Ultra Beast in two turns with plenty of room to breathe. It’s a shame you can’t catch it, but there’ll be time for that later.

Anyway, more stickers to come. I’ll be back here when I’ve got them. Happy collecting!