previous
Oh My Godheads is now available on PS4, Xbox One, and Steam
random
next
OppoSuits release themed Star Wars suits to coincide with The Last Jedi
0 comments 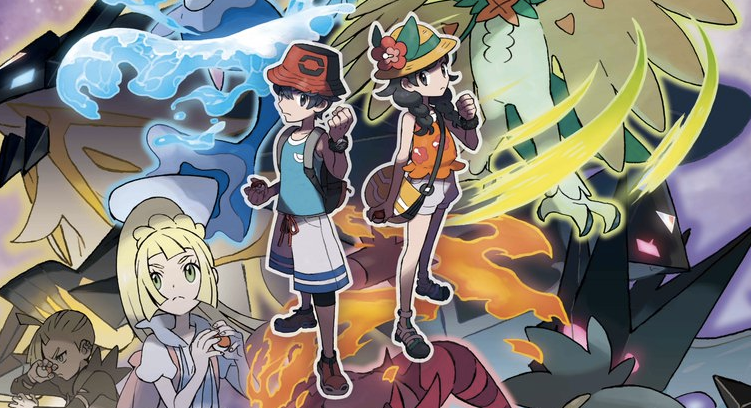 Pokémon Ultra Sun and Moon is a curious beast, a re-release of sorts with the base intact and a heap of additional content, kind of like Leona Lewis’ album that got redone several times. Anyway, you’ll probably want to make decent headway at the start of the game, so, never fear, I am here to help.

Now, oddly there is no best or worst choice as a starter here, the first challenge, and then the first island’s Kahuna aren’t weak to any of their elemental moves, and by the time you’re on the second island you’ll already have a team capable of besting many of the challenges as long as you plan well. The first island’s Kahuna uses fighting type Pokémon, which are weak to flying types; this suggests that Rowlett would be a good Pokémon to pick, but this is not necessarily the case.

By the time you’re through the first challenge, and have got back around to the Kahuna, you would have caught a considerable amount of flying type Pokémon, making Rowlett more or less redundant in upcoming battles, that as a result goes for all of them. As a result you’re actually better off picking Litten, as while it will be weak to pretty much everything for the first two islands there are very few fire Pokémon in the early game.

On another note, one Pokémon you SHOULD pick up is a Spearow. Outside of the first challenge area is a Pokémon centre and inside is a person willing to trade a Hawlucha for, yes, a common, garden variety Spearow. This is a massive boon before the challenge as the Pokémon inside are all normal types, which are weak to fighting moves. Couple this in with Hawlucha being a flying type means you’ll have a Pokémon to see you through the challenge and the Kahuna. New to Ultra Sun and Moon are Totem stickers, little gold emblems that the captains have dotted around for you to find, yet you won’t find out why until it’s time to leave the first Island, or well, now as I’m going to tell you. As you’re about to head off of the first island you’ll meet Professor Oak’s (remember him from the very first game?) Alolan cousin, Professor Oak. What Alolan Oak will offer you is a Totem Pokémon if you collect twenty Totem stickers (see? I didn’t just say twenty for an abitrary number). A lot of these stickers are hidden in plain sight and easy to spot. But many can be missed if you don’t make a habit of checking even the most trivial seeming of places. So, here’s where to find the first twenty after Captain Ilima informs you of them.

1) On the wall between the salon and the fashion shop
2) Exterior of the Poké centre
3) Captain Ilima’s house (the big one at the back of the city) on the porch – it’s just out of camera shot
4) The interior of Ilima’s house, in Ilima’s room, on the bookcase behind the stepladder in the bottom right corner
5) On the right hand side of the exterior of the city hall
6) In the interior of city hall, behind the couch all the way to the left
7) Go to the Malasada shop, on the accessible side there’s a sticker
8) The top left hand side of the police station car park has a sticker
9) The ferry terminal exterior has one plain to see
10) At the end of the lower part of the pier there’s one behind the traffic cone On the second island

15) Hotel exterior on the left
16) Same Hotel, on the outside but this time on the right
17) In the hotel lobby, on the left hand side on the table

19) The first house you see that you can enter, go inside, there’s one on the back wall.
20) Same house, but upstairs in the front bedroom on the side of the dresser.

And there you go, take those twenty stickers to Professor Oak at the beach on the second island and he’ll give you a Totem Raticate, your first Totem Pokémon! I’ll be bringing you more sticker locations and more little tidbits as I uncover them.

Until next time Pokefans, Happy collecting!

A lover, not a fighter and an all round good guy (he would say that, he wrote this after all), he's happy to be here as part of GIAG.
MORE LIKE THIS
GuidePokémon ultra sun and moon