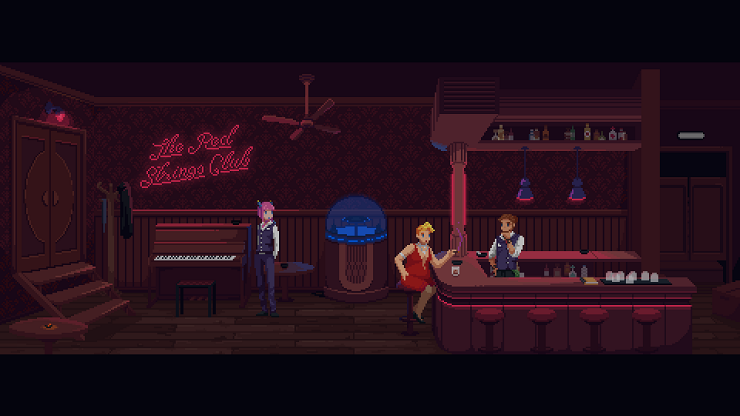 The Red Strings Club bills itself as a Cyberpunk adventure about fate, happiness and the extensive use of pottery and impersonating people.

The game is set in the future where a company called Supercontinent Ltd is releasing Social Psyche Welfare, a system that will eliminate depression, anger and fear from society. As a bartender that believes this amounts to nothing other than brainwashing you and a rag-tag group of misfits (including a rogue empathy android)  will do whatever they can in the background to bring down this scheme.

Sounds quite interesting, and if you pre-order now not only will you get 20% off, but you’ll also get a free copy of Deconstructeam’s debut game Gods will be Watching, to either keep or gift as you see fit.

A lover, not a fighter and an all round good guy (he would say that, he wrote this after all), he's happy to be here as part of GIAG.
MORE LIKE THIS
DeconstructeamDevolver DigitalPCSteam