previous
SOEDESCO brings Owlboy to retail for PS4 and Switch on May 29
random
next
Layers of Fear: Legacy releases on February 21 for Nintendo Switch
0 comments 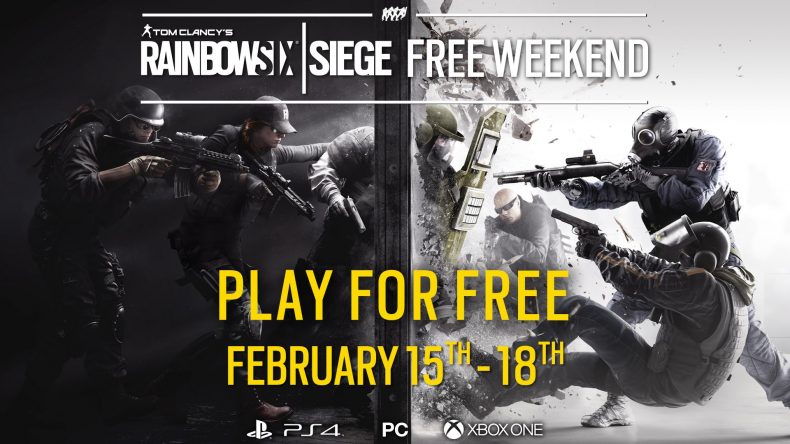 From February 15 until February 18, Rainbow Six Siege will be free to play on consoles and PC on both Uplay and Steam. Progress can also be transferred to the full version on all platforms (not the starter edition on PC though). From February 19, Year 3 SEason 1 Operation Chimera will be available on the technical server from February 19 with a full launch on March 6. Watch the video below:

Tom Clancy’s Rainbow Six Siege is available on PlayStation 4, Xbox One, and PC.