previous
n00b beginnings: Dungeons & Dragons
random
next
Max: The Curse of Brotherhood gets a physical on Switch
0 comments 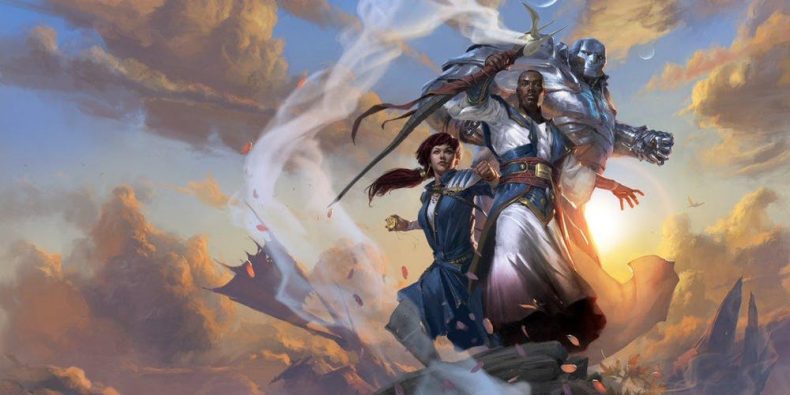 This year, Magic: The Gathering celebrates its 25th anniversary, and to celebrate Wizards of the Coast are releasing Dominaria, a new set that will take you back to the most important plane.

So many worlds have been explores since mathematician Richard Garfield created the in-depth strategy card game, such as Amonkhet, Kaladesh, and Mirrodin. But now, Magic is set to go back to the first ever expansion M:TG ever released: Dominaria. It’s a hugely important release, as the events of what happens in the plane directly affects the multiverse.

The story of Dominaria takes place after the fight with legendary elder dragon, Nicol Bolas. The press release reads:

“The Gatewatch ran to the rendezvous point on Dominaria, except Jace, who is trapped on Ixalan. The defeat and the resulting daring escape have negatively affected the spirits of the group, which results in a dramatic split during an argument. Meanwhile Jhoira decides to get the legendary Weatherlight back on track to fight the Cabal of the demon Belzenlok, recruiting Raff and Shanna to her crew – descendants of Commander Gerrard Capashen and Captain Sisay respectively, legendary heroes of Dominaria.”

There will be 269 cards featuring references to the past of both Dominaria and Magic: The Gathering, featuring forgotten heroes, legendary places, and reprints of certain cards that formed the history of the game. The principle mechanics of the set includes a visible history of the game, with the return of Kicker (an ability that lets players pay extra for special bonus effects), and Saga Enchantments that are brand new and are inspired by key moments in the story of the Multiverse.

The release of Dominari will be celebrated with the Draft Weekend event, including tournaments suited to every level of player, followed by the Dominaria League. It’s a great time for new and old players, and one that hopes to ignite the fire in those that haven’t played in a long time.

Video games are cool. Don't let anybody tell you any different.
MORE LIKE THIS
CardsMagic: The Gathering