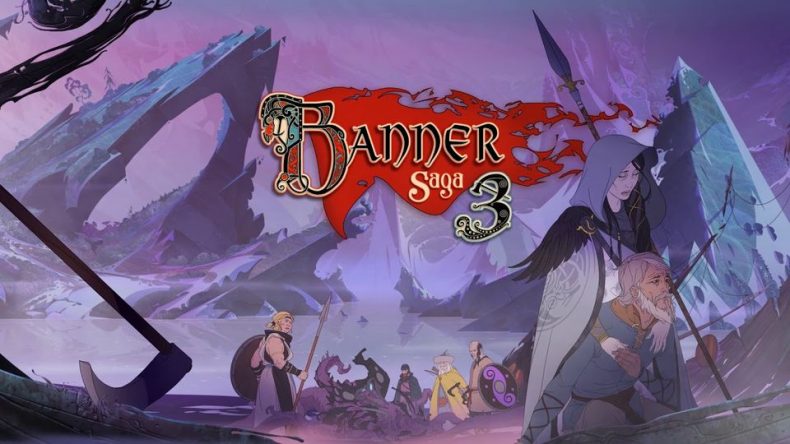 “Dredge, human, varl, it doesn’t matter out there. Not dead, but their minds were gone even before we laid them to rest.”

I remember playing The Banner Saga for the first time, almost a distant memory now, but it made me invest so much more than time into a series of games I have since fallen in love with. The art style is so beautiful, the choices you make feel definite and affecting, and the combat features some of the greatest ideas seen in a turn-based strategy. The Banner Saga 3 feels like the end is nigh, and as I played through the preview I worried for those I have looked after and fought with since it all began, never knowing who was safe and who wasn’t. It’s intensified tenfold, the darkness is consuming the world, and Legions of the Warped are causing problems beyond anything you have seen before.

To remain spoiler free, I’ll keep story points to a minimum, but if you’ve played the previous instalments you’ll know what’s at stake. The darkness has almost taken over, and the war between the Dredge and mankind is at its worst. Depending on who survived in your playthrough, you’ll see familiar faces support you on the battlefield, whether it’s Rook, Hakon or Iver, and their traits and attacks will be the same as they were in the previous two games. There are new characters as well, such as Alfrun, a witch that brings your attention to the newest threat against you: the warped. It is Alfrun that utters the opening line above, and its effect on battle makes things a lot harder. These warped monsters are former humans, varl, and dredge, consumed by the darkness and vicious in their attacks. They appear purple and deformed, and as you face them it feels eerie and disturbing. They may have been former friends, but like zombies in The Walking Dead, they’re only shadows of their former selves. It’s a great addition so late in the series, helping to portray the darkness in a deeper and more personal light. The warped highlight just how close we are to the end, and it leaves you terrified for every step you take in the final story.

Battles still act the same, with each decision feeling like a well thought out move in chess. You get to pick which characters will fight on the battlefield, and there are a lot of characters to choose from. The Horseborn are fierce warriors that can be used as archers or long-distance attackers, and the varl are the brutes you’ll send in on the front line, tackling the tougher enemies. Each hero you control has an armour level and a strength level, which should be very familiar to those that love turn-based strategy games. On top of that, you have willpower which allows you to increase certain attacks or actions, and depending on your exertion rank, willpower will be more beneficial. Finally, the break stat will determine how much damage you can do to an enemy’s armour. The new wave system makes the already tense and intuitive battles longer, causing you to kill waves of enemies one after the other. After each wave you can choose to flee or fight, but the more you persevere, the chance of earning a special item becomes higher providing you can defeat the boss. You can change heroes between waves to give you different tactical approaches, but you never really know what the next wave will bring.

Austin Wintory’s score is sublime, constantly building when battles come in to play, or providing emotional depth when death rears its head. In just three chapters I’ve witnessed some incredible moments already and I can’t wait to play more. There are so many tweaks and additions that parts still feel fresh, such as Juno’s ability to exist on the battlefield as a ghost when she dies, and improved cutscenes that seem to happen much more throughout the course of the preview.

It’s still challenging, proved by a nail-biting battle I had with the dredge, and the choices you make are just as tough as ever. Stoic has got something special on their hands, and if the rest of the game is as good as what I’ve seen already, fans of the series are going to enjoy this more than the previous entries.

Video games are cool. Don't let anybody tell you any different.
MORE LIKE THIS
Stoic Gamesthe banner saga 3