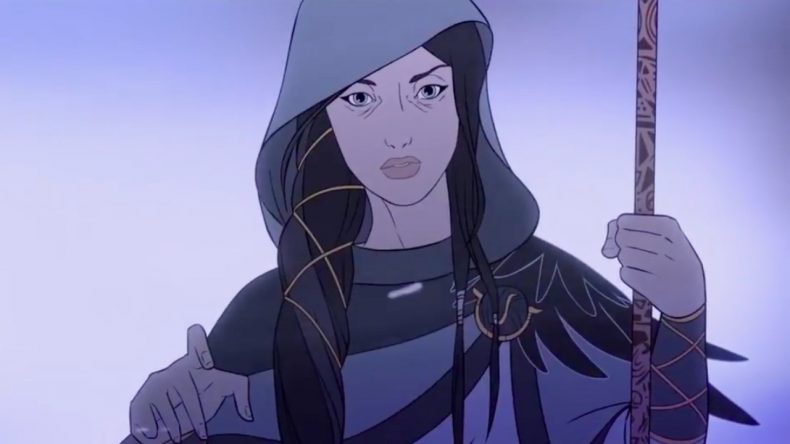 The Banner Saga is one of the best trilogies in recent years, featuring some of the finest storytelling around. It concluded earlier in the year, and many – including myself – feel rather lost, knowing the series has finally come to an end. I recently had the pleasure of interviewing Alex Thomas, co-founder, writer, and designer of Stoic Games about how he felt now the series is over, what he loved most about the series, and whether this was really the end.

After all the hard work you guys put in, how does it feel now the trilogy is complete, and is there a sense of loss now it’s over?

We’ve talked about that a couple times and it always comes up as a certain combination of melancholy and relief. On the one hand, we’ve been kind of living and breathing this world every day for going on 7-ish years now and to actually be done with it is such a sad thing, because I think we’ve made something that feels organic and natural, like it might exist even without us. On the other hand, we set out from the beginning with the plan to make this hugely ambitious thing, and we actually pulled it off to the point that everywhere we’ve looked people seem satisfied with the resolution and feel closure about the whole journey. We really couldn’t have asked for more than that! Do you all have a specific moment of the game, or design choice that you’re all proud of?

I can’t speak for the whole team, but as the writer and creator of the fiction from the start I know that we set out to tackle some really ambitious claims, that we could make a game where “choices really matter” and a cast of over 35 characters, each with their own voices and narratives. Our goal was for players to feel really invested, and feel like their story was truly their own. On the gameplay side we took a risk with an untested system using strength as health and damage that could have really backfired. We’ve even seen other games come out and be compared to the Banner Saga as if we created a new sub-genre, and that’s something I find pretty amazing. I’m glad nobody told me how hard it would be or I’m not sure we would have persevered, but I couldn’t be happier with how it all came out.

How did the relationship with Austin Wintory come to be, and what was it about his work that you loved enough to choose him for TBS?

We were actually pretty surprised when Austin replied to our emails. In the midst of the Kickstarter campaign we were being solicited by a lot of top-tier composers to our great surprise. One of our friends suggested “Hey, if you’re getting offers, why not go for broke and just ask whoever you’d want to work with.” We were all blown away by Journey at the time and thought why not ask? We never expected to hear back from Austin but not only was he interested, he was completely invested and excited in the project. It was the perfect circumstances for both of us.

Were there any decisions in regards to plot that you were scared to make, such as character deaths?

Deaths were never a concern, in fact that was one of the our tag lines: absolutely nobody is safe. A lot of games have felt like watching a kids’ show, you know the heroes are going to win, you know nobody’s going to die. It’s hard to take the narrative seriously when things don’t really change. We set out in the indie market under the premise that there must be people who wanted to be surprised and moved and really feel like the game was responding to them. In fact, we kind of delighted in the idea that we could take risks and do things the players might not like in service of the story. It’s rare that you get to design a story-forward game, so we just went for it. If there was anything that we were concerned about, it was delivering a game that was actually fun to play on top of all that- stories with a lot of pathos and drama are engaging but rarely described as “fun”. I feel like the games industry juggles a lot more inherent difficulty than a lot of other mediums have to deal with.

In The Banner Saga 3, The Darkness begins to corrupt people and turn them into twisted monstrosities of their former selves. Was it always the plan to do this with The Darkness when you first started?

One of the big things we were certain about with the darkness was that it wasn’t fake destruction that would suddenly recede and fit into a nice box and everything would be fine again. There’s almost a horror element to knowing that whatever this stuff touches is changed permanently, and permanent change was such a big theme for us both in terms of player choice and the things that the characters were dealing with that we wanted the darkness to represent change, not death. We also tried really hard to keep it from feeling like we were just cynically adding viking zombies for the sake of cultural popularity. We knew the darkness would become important, but back when we started working on the game I don’t think we knew exactly what it looked like. I’m really happy with how it turned up though, in some ways the world in the darkness is more beautiful than the familiar, untarnished landscapes. Who are your favourite characters within TBS?

Personally, my favorite was Mogr. He’s probably the character I imagine closest to my own personality; not the protagonist but the reliable right-hand-man that gets things done, even if that hasn’t always been me in real life. Even still, I made a real effort not to make him a Mary Sue because it’s such a corny thing to do but in a way there’s a little bit of yourself in anyone you write. Writing such a large cast is a strange task, because you have to get their personalities from somewhere and work to make sure they don’t all have the same voice, sometimes it feels like you spend all day pretending to debate with yourself. That said, it was always a lot of fun and a nice reprieve for the darker themes to write the lighter characters like Tryggvi, Sparr and Dytch.

What will you miss most about working on TBS series?

Honestly, just thinking about the world and the world-building is what made it feel like a place that could have existed. I remember writing the history of the gods all the way back before Saga 1 released and being really happy with it, thinking about how some people might learn this fiction and legitimize it. In some ways, reality is what we all collectively believe. It almost felt like bringing something into existence. The good news is that we have plans to keep expanding the world in the Banner Saga through various means, and absolutely intend to continue doing this type of world-building on our next project. Are you planning on doing more within the world of The Banner Saga, whether in the form of a prequel or side stories, or is your focus on a new IP?

For the immediate future we’ll all pretty excited about new ideas, new potential and we’ve been talking with a bunch of different people about what’s next for Stoic. We’ll definitely share as soon as we have more to talk about in the future!

Video games are cool. Don't let anybody tell you any different.
MORE LIKE THIS
Stoic GamesThe Banner Saga