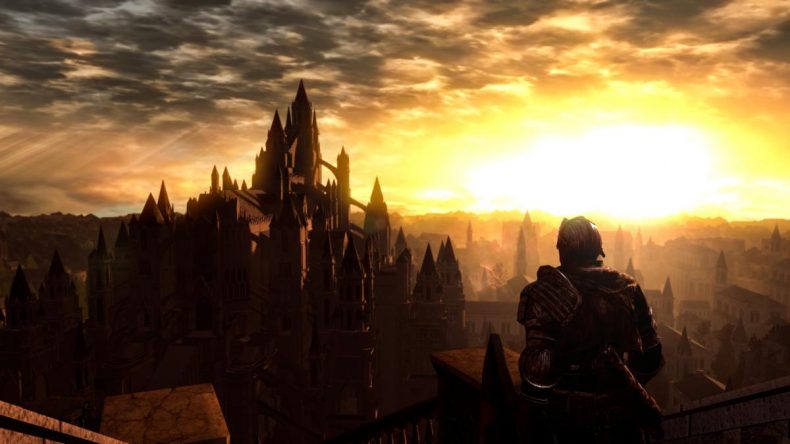 Dark Souls Remastered has been out a little while, and needless to say it’s incredibly similar to the original, and the original was a great game. However there have been some tweaks to the game-play that whilst small actually make a welcome difference whilst playing. So if you’ve played Dark Souls before and are still on the fence about whether to plump for the remaster, or whether you’re simply keen to know what’s changed, I’ve compiled a list of the changes to the original that actually make a difference.

Covenants can now be changed at bonfires

Previously on Dark Souls if you want to change your covenant, you had to return back to the place where the covenant was formed and rejoin. Now whilst most of these places were near a convenient bonfire, there were some that were purposefully not so easy to get back to – in particular the Forest Hunter or Gravelord Servant covenants. This would mean wasting a lot of time traversing the world to change, sometimes putting people off fully exploring what each of the covenants had to offer.

However, now in the Remaster there is an option to change covenants once you have discovered them for the first time. Meaning if you want to cross the Forest Hunter area without being attacked, you can flip to that covenant and travel in safety. Similarly if you fancy laying down your summon sign, a quick rest at a bonfire means you can change to the Warriors of Sunlight to try and nab another Sunlight Medal upon clearing a boss.

It’s certainly not a massive game-changer, especially if you’re not bothered about covenants or the PvP aspect of the game, but it does give you options which I’ve found using out of convenience a few times, and I’m glad of the change. You can now summon 3 phantoms to assist you

An increase from the 2 you could summon previously on Dark Souls, this now puts the original game in line with later instalments in the series. I see this as an improvement from both perspectives. For those more challenging bosses, you can get more help on your side to hopefully swing the tide of battle in your favour. But also as someone who indulges in jolly cooperation, I like the fact there are potentially more opportunities per player for me to be summoned, meaning less downtime waiting by my soapstone sign.

It is worth noting, however, on the flipside of this multiple phantoms can also invade if you summon this many friendly phantoms, creating an interesting melee of action. At the moment though multiple phantom invasions are rare, and more often than not it’s a 4 vs 1 situation (poor invader). As such I personally find the pros of this option far outweigh this con, and it is a good step forward. Trying to play the original Dark Souls with friends was always a bit of a lottery. Firstly you had to be at a similar Soul Level for the game to even allow you to cooperate. Then you had to discuss outside the game where you would be placing your summoning sign, hope that your friends sign showed in your world, and if it did, hopefully get to it before some other gamer saw it and summoned your friend to their world. It was also very frustrating and counter-intuitive.

Thankfully a new password mechanic, copied from Dark Souls 3 has been introduced, meaning that if both player put in the same password, then you can join each other’s game irrespective of your Souls Level, and it also dramatically reduces the chance of someone else summoning your friend because to do so they would have had to guess your password and be in the right place at the right time – incredibly unlikely.

What this means is that finally I can play online with friends, and more importantly not have to worry about how each of us is progressing. I can play at my pace, and my friend theirs, and as long as we are both in the same place, the one that needs the help can relatively painlessly summon the other. An excellent edition, especially to support those that may be coming to Dark Souls for the first time. You can use multiples of the same item at once

This may seem like a little improvement, but trust me when it plays out throughout the game, it makes a big difference. True there are only a handful of times when you’ll want to use this mechanic, namely either using soul items to increase your souls count to level up, or using humanity to increase your held level, quite probably to increase your resistance and/or item discovery if grinding for items. But in the original Dark Souls, doing this was a right pain, because if you wanted 10 humanity, and you needed to use 10 items, then that was ten trips to the item menu, selecting the item and then selecting to use it. Plus then ten animations of your character using said item.

Now thankfully there is a message as you go to use the item asking you to select how many of the item you want to use. It uses them all in a single animation, saving you lots of time and patience. It is particular beneficial in covenants, where you often have to hand over multiples of the same item to level up your rank in it. No more patiently using 30 humanity to level up the Chaos Servant covenant, just to get your hands on that nice new pyromancy, nope, now it’s a one off hit and is over incredibly quickly. So satisfying, especially if you knew how it used to be. Honestly you newcomers don’t know you’re born. Now calm down all you purists, yes this is arguably the biggest change in the game, and I’m sure instant cries of it making the game too easy will be forthcoming. However, in this instance this really isn’t the case. No this isn’t a bonfire in New Londo Ruins, no matter how helpful that would have been, no this new bonfire has been added in the Catacombs, right next to Vamos the blacksmith. And I have to say this is such a welcome addition.

It always felt odd to me in the original that all other blacksmiths were reasonably accessible to a bonfire without too much bother. Even the Giant Blacksmith in Anor Londo is fairly easy to get to once you’ve unlocked the shortcut. But Vamos was stuck at the bottom of the catacombs and it always felt like such a trek to get to him each time just for Fire or Chaos weapons. To the point where I never really experimented as much with these types of weapons because of the hassle it was.

And for those that bemoan the fact it puts a bonfire further into the Catacombs making the trip to the boss of the area easier, take a moment to think about what you’re saying. Pinwheel, the boss of the Catacombs is arguably the easiest boss in the game compared to your progress, and so it doesn’t break the challenge or make the game easier at all really. It just makes the whole exploration of fire and chaos weapons more accessible, and surely the more people that experiment with the full breadth of what is on offer in this game, the better right?