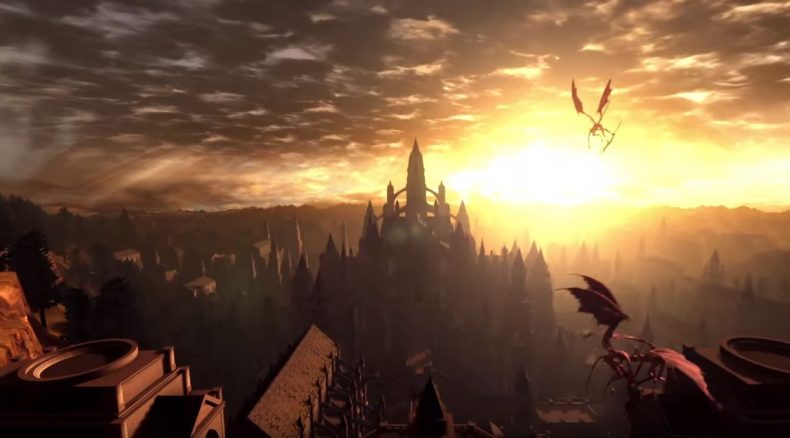 It’s finally confirmed, there will be an official bundle release of all three FromSoftware Dark Souls titles.

Aptly named as Dark Souls Trilogy, Bandai Namco Entertainment made the announcement at Gamescom earlier this week. They confirmed that the trilogy would be coming to Playstation 4 and Xbox One on 19th October 2018.

The bundle will include Dark Souls Remastered, Dark Souls 2: Scholar of the First Sin and Dark Souls 3: The Fire Fades Edition and will come with all DLC from the series included.

What is worth noting is that this trilogy is only launching in America and Asia, and currently not due to launch in Europe.

Check out the reveal trailer below to whet your appetite:

Jump Force Deluxe Edition coming to Nintendo Switch in 2020
Be the first to comment!
Leave a reply »