Blackout is a good attempt at the Battle Royale phenomenon, but lacks innovation 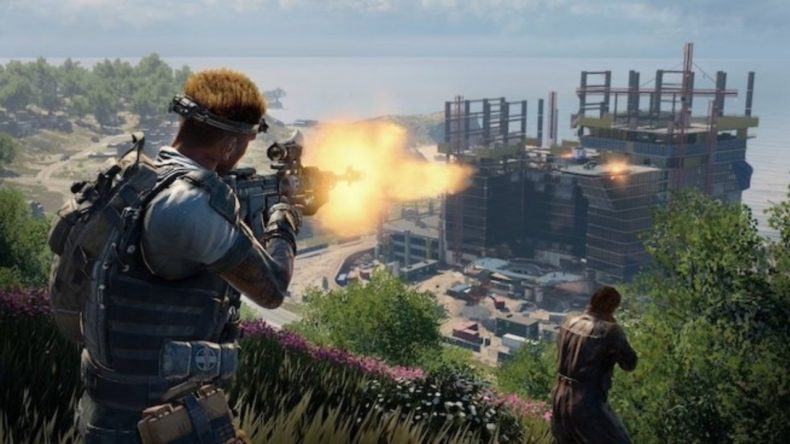 Last week I wrote some thoughts on the recent Battlefield V beta wherein I said that the Battlefield franchise seems to be to be in an odd place at the moment. Frankly, I should have kept my powder dry on that statement for this week’s Beta of another huge FPS franchise – Blackout, Call of Duty’s take on Battle Royale. So, here is my take – Call of Duty is in a weird place at the moment.

Over the course of the past few days I have spent some time with Blackout on PS4 and let me just say that it is a fun an exciting mode. If you have played any other take on the Battle Royale genre of shooters, then you will be more than familiar with the set up. Players of up to 80 (now raised to 88) are dropped off into a huge sprawling map with resources, weapons and vehicles spread out over its vastness, and your job is to be the last man or woman standing. You can team up in a squad of four, work in a pair or attempt it all solo. Over time the map becomes smaller and smaller (in this case due to an unidentified toxic gas), forcing those players still left alive into an ever decreasing circle until the last one standing wins the game. Blackout works extremely well, movement is fluid and so far I haven’t experienced any issues that would make me question the stability of the game’s engine. This is by far the biggest map of any Call of Duty I have played and is certainly the largest population of players in any one game, and it runs very well. Also new to Call of Duty’s multiplayer is the addition of vehicles, which are straightforward and easy to control, and provide players with a much quicker way of getting around the sizeable map, something I was slightly sceptical of when I first entered the cockpit of a helicopter.

The map itself boasts a number of areas that players who are familiar with Call of Duty Black Ops’ extensive catalogue of past multiplayer games will recognise; a burned out version of Nuketown on it’s own island, Turbine, Firing Range, Raid, as well as others I have yet to visit. Weapon pick-ups, along with their attachments will be familiar to long term Call of Duty players as well, with silencers, ELO sights, quick load clips etc.. Also littered about the map are consumable perks, these one-use items take a few seconds to equip and have a time limited use on them so you will require a certain amount of tactical experience to understand when best to use them (if you even get chance at all), so far I have come across only a few of these: Brawler which I am assuming allows you to do more melee damage; Iron Lung which allows you to hold your breath for longer, best utilised for long distance shooting to reduce the weapon sway; and Dead Silence which should be more than familiar to anyone who has played Call of Duty over the years. It all gives a sense of familiarity and instantly feels recognisable that you are playing a Call of Duty game, albeit in an entirely different way to that you are used to.

Blackout is a very impressive beta and I suspect it will be an extremely popular mode when Black Ops four finally releases, I am just struggling a little to really understand where Call of Duty is heading at the moment. There was a time when Call of Duty felt like it was an innovator in the multiplayer FPS space. Fast TTK, specific and instantly recognisable map structure, perks and extensive weapon customisation drip-fed to you over an addictive loop of kill, die, repeat. The past few instalments, however, have started to feel like Call of Duty is now chasing the crowd. We have had new ways of movement, first seen in the 2014 release of Titanfall, Specialists reminiscent of Hero Shooters such as Overwatch and Siege, even Destiny, and now we have Blackout, a mode that apes PUBG right down to the colour-ways used in the map design. This isn’t a bad thing necessarily, because whilst none of the recent changes to Call of Duty feel truly unique to that franchise any more, at least when they are implemented they are done so with technical proficiency. It just feels a little odd for, what has been for a long, long time, one of the biggest games in the FPS genre.

Blackout is good, it may even be great. It runs better than the aforementioned PUBG does on the Xbox console, and the shooting feels just as tight and weighty as you’d expect from developers Treyarch, it just doesn’t feel particularly innovative. Call of Duty is in a weird place right now.