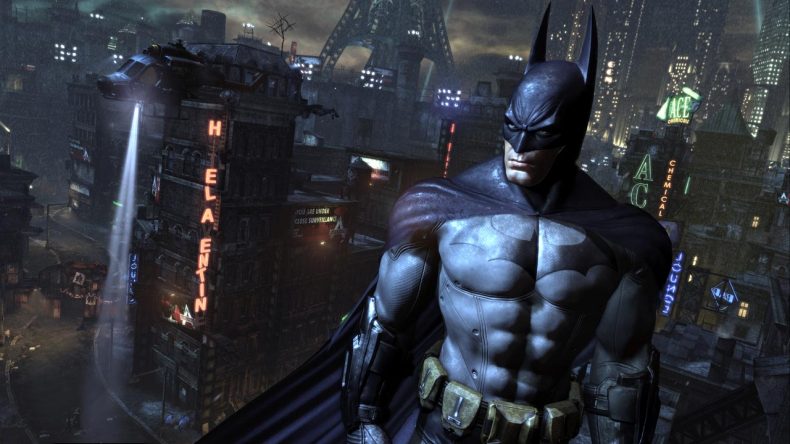 As a fan of Batman for well over 30 years, its amazing to see the transition of his appearance in video games over time. I love The Dark Knight; whether I’m reading the comics, watching the films, or playing the games, Batman is the most interesting characters in the pantheon of superheroes. Video games have always been the best platform for him, and out of every DC and Marvel game released, The Caped Crusader has arguably had the most success. From his outing on the Commodore 64 to the Arkham series, developers have always pushed the boundaries in bringing him to life, and giving the average joe an opportunity to don the cowl and become the daring vigilante. I’ve put together a list of five Batman games that have resonated with me more than any other others, and thinking about them now has reminded me of the memories I had whilst playing, and exactly why I love him so much. Whilst I never owned a Commodore 64, one of my childhood friends who live just up the street where I grew up often invited me round. We’d play it for hours, finding new things to do and having a blast whilst doing so. It relied on puzzle-solving more than combat, such as Monkey Island and Day of the Tentacle; find an item and use it on an object in the environment etc. For an 8-bit game it was stylish, and tried to do something different by providing a comic book aesthetic, and when you moved from one screen to another, a new cell would appear and the previous one would hide behind it. From what I remember there were two campaigns that pitted you against Penguin and The Joker, and whilst they weren’t particularly lengthy, they did a good job of providing enough stuff to do, even if the puzzles weren’t that difficult. Based on the Tim Burton film of the same name, Batman was my absolute favourite game on the NES. I remember getting it for my birthday. We’d gone a few days before to buy it from Toys R’ Us, and as I sat in McDonalds afterwards, I held it in my hands and looked longingly at the box. My parents did a damn good job of ignoring my puppy dog eyes and cute appeal, probably the only two people who have ever managed the near impossible feat. When I finally got to play it, the feeling of jumping around off walls and the like, throwing Batarangs, and ultimately being the Batman was amazing. I’d not watched the film at this point (due to the amount of time it took for films to come to VHS – video tapes to you youngsters), but when I eventually saw it, Michael Keaton and Jack Nicholson’s portrayal had me waxing lyrical about just how cool Batman is. As for the game, it was bloody difficult, but it was fascinating, and I’ll always remember the moment I saw the iconic cutscene which features the famous line, “have you ever danced with the devil in the pale moonlight.” There were a lot of Batman games released after 1990, ones based on the animated series (Batman: Chaos in Gotham), others based on the movies (Batman Returns, Batman Forever, *shudder* Batman & Robin, and Batman Begins), and the wonderful efforts from TT Games set in the LEGO universe, but it was Arkham Asylum that not only changed how Batman was portrayed in games, but how it influenced so many others in its wake (Shadow of Mordor, Mad Max, and the newly released Marvel’s Spider-Man to name a few).

It gave us a much darker take on The Dark Knight, showing us some truly disturbing scenes (Bruce Wayne’s parents in the morgue, for example), and allowed us to see into the heart of what makes Batman and The Joker’s relationship so unique. The combat was sublime and the variety of gadgets at your disposal made it one of the finest games ever. The sheer number of villains and subtle nods to his past made us all weak at the knees, even if that final Joker fight was a bit of a dud. Injustice 2 had one of the best stories featuring superheroes, and in my opinion does so much more than any DCEU has actually given us. I remember getting to the end and hating myself for choosing Superman in the final moments, and even now I get cold sweats thinking about it. Thankfully, the fighting mechanics were so tight, and the gameplay was so good that I replayed the story and finally got to choose Batman’s ending. The move sets for all the characters were diverse, and they all had positives as to why you’d want to choose them, but it was Batman that had a solid foundation that allowed you to mix up your moves and attack each opponent with a varied approach seemlinessly. I still dip into the game from time to time, and even though I may have lost my edge, I can always rely on Batman to get me a victory or two. Telltale Games is known for writing powerful stories regardless of the franchise they take on. The first series wasn’t as good as I’d hoped, but The Enemy Within surpassed every expectation I had for it. We saw Bruce Wayne pushed to the edge, forced to a world of crime to save Gotham, and not just that we saw his relationship with the Joker take on a completely different approach. Every episode had twists and turns you didn’t see coming, and the gameplay got the most it could out of Telltale’s engine. His relationship with Alfred was pushed to the limit, and Catwoman’s appearance also had massive consequences on the story giving the whole experience so many different layers.

I hope Batman’s future in video games is as strong as it has been over the last 30 years. I have so many memories of being The Caped Crusader, and all the memories associated with those times amongst my most favourite. Today, on Batman Day, why not dip your toes back into one of your favourite Batman games and remind yourself just how good they can be. What are your favourite Batman games, and why do you love them so much? Leave a comment below and let us know.

Features, Opinion
Arkham AsylumBatmanbatman: the caped crusaderinjustice 2the enemy within

Video games are cool. Don't let anybody tell you any different.
MORE LIKE THIS
Arkham AsylumBatmaninjustice 2