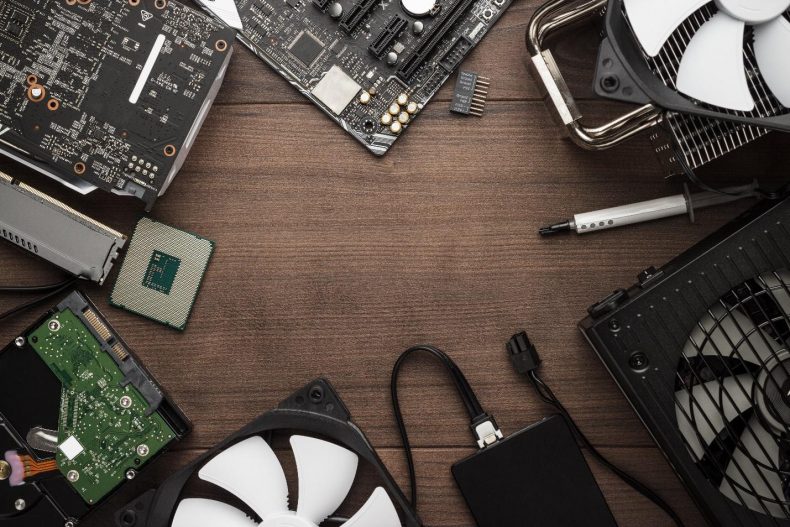 We are not novices to the digital landscape. The internet, for lack of a better statement, is everywhere. The vast majority of us interact with it for personal, recreational, and work-related reasons weekly—if not every day. I, for one, spend too much time on it. Thus, when it comes to the flagship machine we use to access the World Wide Web (the computer), it’s important that we understand terminology related to the hardware and software.

Perhaps you want to understand the ins and outs of computer hardware? Maybe you’re looking for a do-it-yourself fix or upgrade and you’re constantly inhibited by jargon? Whatever the reason, familiarizing with basic computer terminology is important.

The list I’ve created below showcases vital, important, and industry-standard pieces of hardware that all computers rely on. The word ‘hardware’ itself can be considered terminology; it’s the physical parts that makeup the computer itself.

The CPU, also known as the central processing unit, is what you can effectively consider the ‘brain’ of the computer. It works to control, delegate, and monitor the pieces of hardware beneath its umbrella.

A hard drive is a piece of hardware—containing a disk—responsible for storing files and data on your computer. Every computer comes with some version of a hard drive built into its core structure, but external ones exist too.

The graphics card is the piece of hardware directly responsible for the quality of your visual display, or graphics. Say, if I wanted my computer to provide better aesthetics (this is most common with gamers or designers), I’d first think to upgrade the graphics card.

The monitor is your display, or the screen connected to your computer. Laptops have built in monitors that are commonly referred to as ‘screens.’

The motherboard, or central circuit board, is what provides electrical connections to the different parts of hardware, which allows them to communicate to each other. You can think of the motherboard as the brain’s nervous system.

RAM (random access memory) is the memory of a computer which works actively with the hard drive. It pulls the data when it’s in use then returns it back to the hard drive once you’re done with it.

When I first heard about this piece of hardware, I immediately asked what is SSD? Being that SSD (solid-state drive) is relatively new, it made sense that I didn’t know. SSD is a computer data storage option that works without moving parts (unlike a hard drive, it does not include a rotating disk).

Below, I’ve made a list of common software-related terminology. Software, as a term, refers to the programs on the computer itself. It’s what you could think of as the ‘invisible’ makeup of the computer’s protocols. The most important and vital piece of software a computer contains is its operating system (OS). Download or downloading, is the process that occurs once you select a software to install on your computer. The download time refers to how long it will take for the installation to complete.

An upload is the process of transferring a file from your computer to either:

Apps is an abbreviation of applications, which are effectively programs or pieces of software.

Internet terms are what apply to the practices or related-materials of the internet.

WiFi is an acronym used for ‘wireless internet.’ It refers to internet that is generated and broadcast using a wireless signal rather than a hardline.

A search engine is a program or platform that fires off ‘digital retrievers’ to collect online documents. This collection is based off the words entered into the search bar.

Familiarizing yourself with computer terminology is one of the first steps on the journey of understanding the hardware and software itself. I, for one, turn jargon into knowledge every day. And I encourage you to do the same.