The top 5 Dodgiest Super Mario Party games for the commute 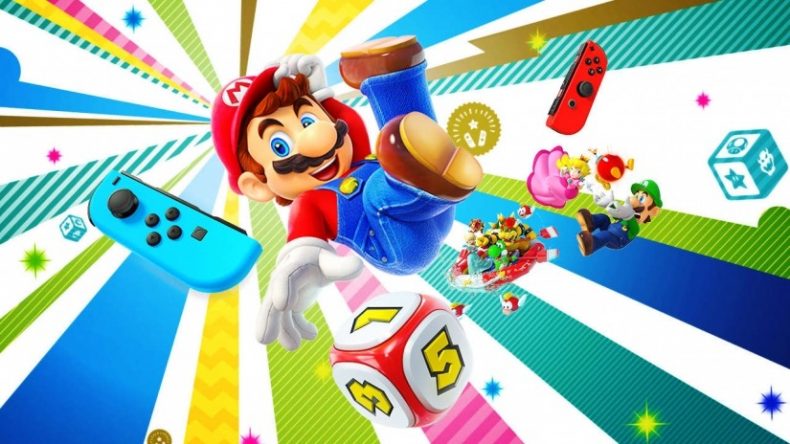 The new Super Mario Party game is good, very good, but in ensuring that games meet the waggle expectation, what you’ve got is a game that could ensure people give you a wide berth were you to attempt to play in public. Take it from me, a person who spends four hours a day commuting, when you’re packed in like sardines on a train waving your hands around like you’re at a concert isn’t going to make you many new friends, and there’s no option to only play the games without motion controls.

So, without further ado, here are the five of the most awkward Super Mario Party minigames to play on a commute.

So, you’re sat down and the person sitting next to you is watching Better Call Saul on Netflix, your arms are pushed together and your shoulders are hunched up like you’re in a coffin. Suddenly the familiar “Ready? Start!” bellows through your headphones and you find yourself turning your wrists over and over, rotating a Joy-con at alternate ends to make Shyguy ride a tricycle. The problem is that some of your rotations aren’t being picked up and you’re lagging behind so you rotate faster, and faster to catch up. Eventually your whole body is vibrating like you’re convulsing and the person next to you is worried that you’re having some sort of fit. Shyguy’s dead eyes stare out the screen in a sort of empty sense of apology, you’ve lost, you slump down in your seat and glance across to see your seat buddy updating his social media, praying that his update doesn’t go viral.

Petting your worm in public is a big social no no, but in don’t wake Wiggler you’re asked to stroke the multi-legged one (look, I know it’s not a worm) as many times as possible without waking him up. You must hold the controller up and slowly move it back and forth, the person who winds up waking Wiggler ends up with zero points. “Row, row, row your boat, gently down the stream, keep making that motion with your wrist and I am liable to scream.” That’s not how the nursery rhyme goes, but it might as well be after a session of Rowboat Uprising with a travel partner whom you do not know.

To play you have to make a consistent circular motion of your wrist to paddle a raft down a river, keep your hand too low and someone’s going to think you’re having a fiddle, put your hand next to your head and they’re going to think you’re practicing Morris Dancing. Either way, it’s a one way ticket for ostracisation among fellow passengers.

Making up and down motions with your hand while your fist is clenched isn’t normally a socially acceptable thing to do, but that’s what social climbers asks you to do. To make your chosen character shimmy up a pipe you need to swing the Joy-con down while pressing the shoulder bumper, the faster you move the quicker you’ll climb. The thing is, Nintendo didn’t really think as to how this would make you look in a public environment.

So, there you are needing to win to get the coins for your next star pumping that controller like a 16-year old with one of his dad’s dirty magazines in a frenzied effort to be the king of the pole. Just as you relax after Mario finds himself sitting on top of your pole that the guy from across the aisle stands over you and punches you for calling him a wanker. Not a single game as such, but a series of them all requiring you to use motion in rhythm to the beat. All the minigames could be embarrassing in their own way, but what the game asks you to do in a warm up is punch your fist in the air like you’re at a civil rights protest. Needless to say that if you were to start this just as the person behind you is getting up from their seat, you could very well find yourself accidentally punching them square in the jaw when they lean forward as they stand up. The other potential issue would be the constant blasts of BO that you’ll subject the person sitting next to you to, if they pull a peg out of their pocket and put it on their nose it might be time to have that biannual bath you’d been putting off for a special occasion.

Anyway, don’t say I haven’t warned you, play these minigames at your own risk. After all this, if you still believe that you can play this out and about I won’t stop you. My last warning would be the invest in a decent stand because the flip stand is rubbish should your chosen method of transportation bolt for any reason.

A lover, not a fighter and an all round good guy (he would say that, he wrote this after all), he's happy to be here as part of GIAG.
MORE LIKE THIS
super mario partyswitch

Super Mario Party releases on October 5 for Nintendo Switch, watch the trailer now
Be the first to comment!
Leave a reply »