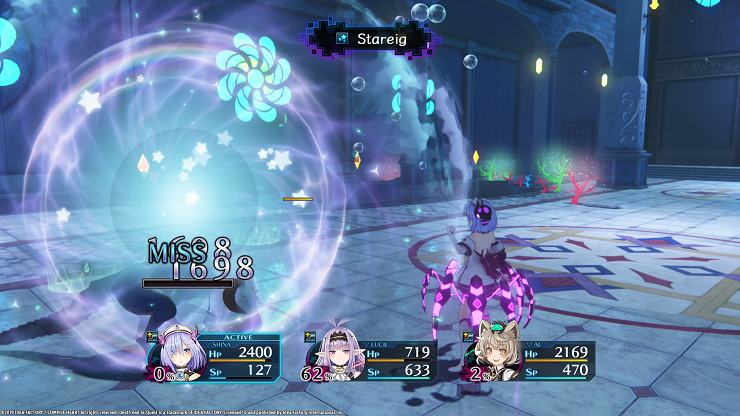 The most notable of those announcements (despite the fact I had not heard of this game) was the release date for Death end re;Quest (another game with a wrongly used semi-colon). The game is due to arrive on PS4 on Feb 19 in the US and Feb 22 in Europe.

Aside from this there were three new game announcements, there was Dragon Star Varnir

Then Arc of Alchemist

And finally Date A Live: Rio Reincarnation. which is part adventure game and part visual novel. This is already available on Steam, but is being released for the PS4 which some modified CG scenes. You can find more info through the official website.

A lover, not a fighter and an all round good guy (he would say that, he wrote this after all), he's happy to be here as part of GIAG.
MORE LIKE THIS
Deaths end re;QuestDragon Star VarnirIdea factoryPS4