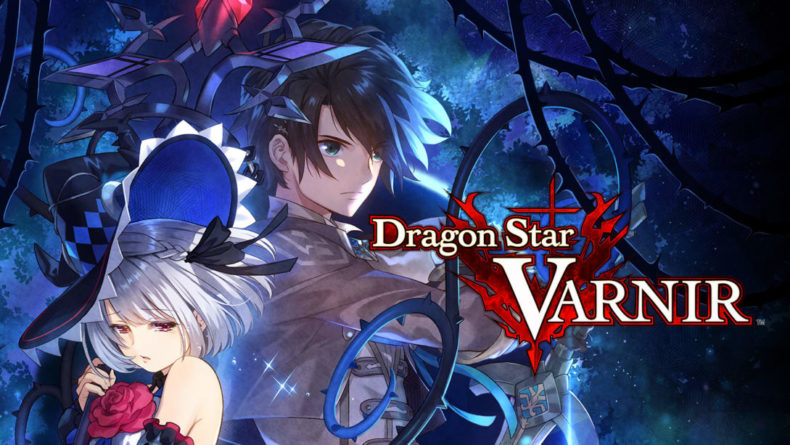 My history with the games of Idea Factory is spotty at best. The JRPG giant has a (fairly justified) reputation for publishing games packed with “fan service”, often to the detriment of the final product. That isn’t to say they haven’t brought out some good titles though, with games like Death End re;Quest 2 shining in a sea of Neptunia games. I was intrigued to see what side of the pervert coin Dragon Star Varnir would fall on, especially now it’s got a new Switch port.

In the world of Dragon Star Varnir, witches and dragons roam the lands. When noble Knight of Requim and witch hunter Zephy is almost killed by a dragon, two nearby witches save his life. This awakens the magical witchy powers of our hero, and after spending time with his saviours he soon learns that everything he knows about these hated women is a lie. The story is pretty engaging, with lots of different warring factions to meet along the way and a hero struggling with his place in the world. 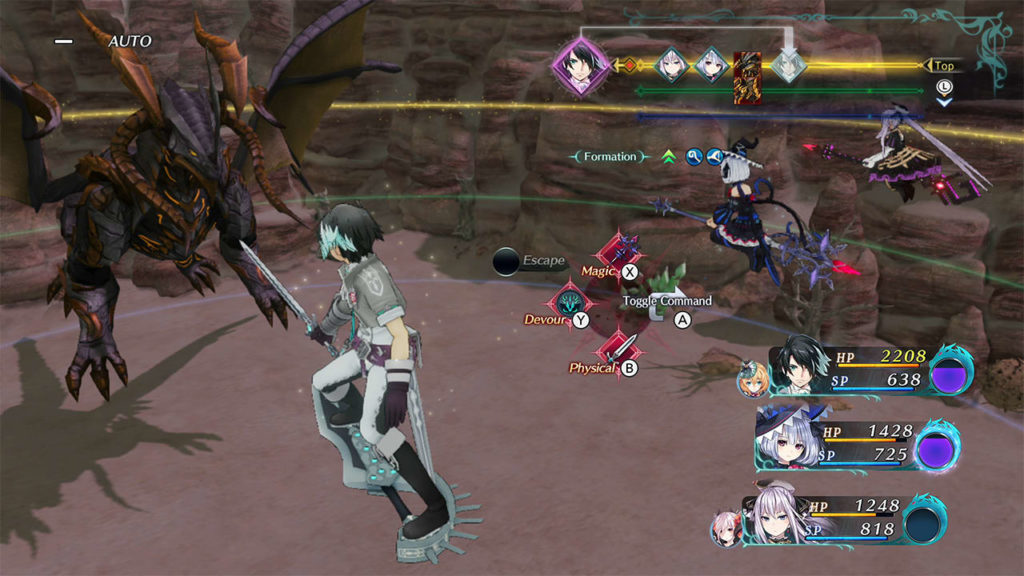 Dragon Star Varnir: Witches and dragons and magic, oh my

The concept of witches in the world of Dragon Star Varnir is an interesting one. Witches are born with a dragon inside them, which as you might imagine isn’t an ideal setup. If these dragon’s aren’t fed they send the host mad, but after enough time and nourishment they burst out of the witch full size (laws of physics be damned) killing her in the process. This balancing act is both central to the main plot and mechanically present as you raise some young witches throughout your adventure.

Although being a witch isn’t exactly a fate you’d wish for, it does come with the added benefit of magical powers. Elemental powers and flying are at your disposal, and in the turn based battles this is pretty important. All the standard JRPG elements are here, status effects, elemental weaknesses and a scantily clad burst mode all make an appearance. The most interesting part of the fights is that enemies are on three different levels. You can fly between them to attack foes, or use magic attacks that affect more than level at a time. 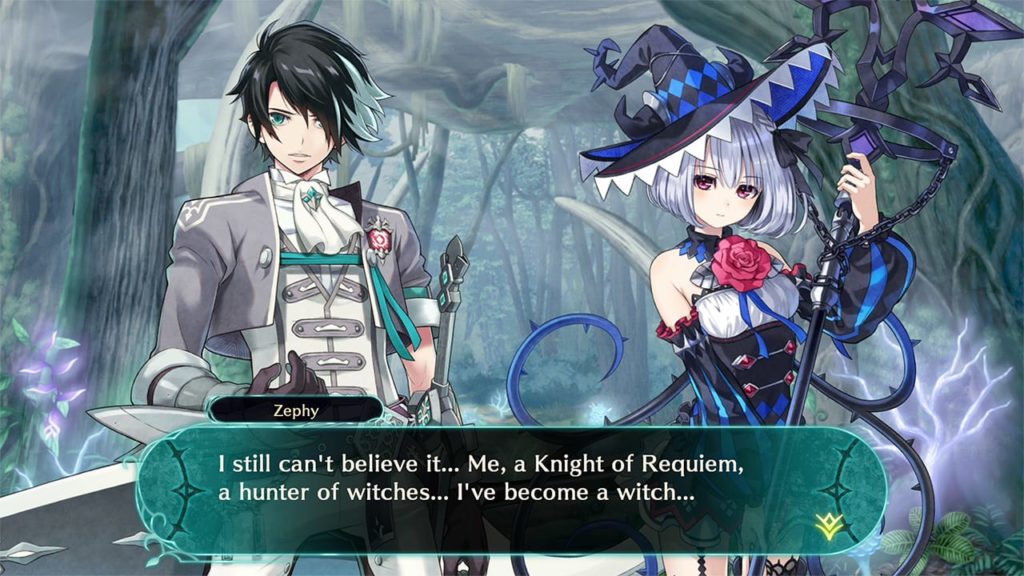 To power up your party you’ll need to make the most of the devour ability. Your chance to devour an enemy is based on how much health it has left, and if you’re successful you’ll kill it and gain access to it’s dragon core. By using points you get in battle, you can get stat boosts and new abilities from the skills trees in the cores. The more cores you have the more you’ll be able to strengthen your witches, so you’d better treat those battles like a buffet.

Outside of combat you’ll be wandering through fairly standard dungeons, collecting equipment and using abilities to get past obstacles. This isn’t particularly enjoyable, and is made all the more painful by the particularly dire frame rate. The dips are noticeable and honestly a little stomach churning, despite the hit to the visuals the game has suffered. It makes this a hard version of the game to recommend, despite how nice the portability is. 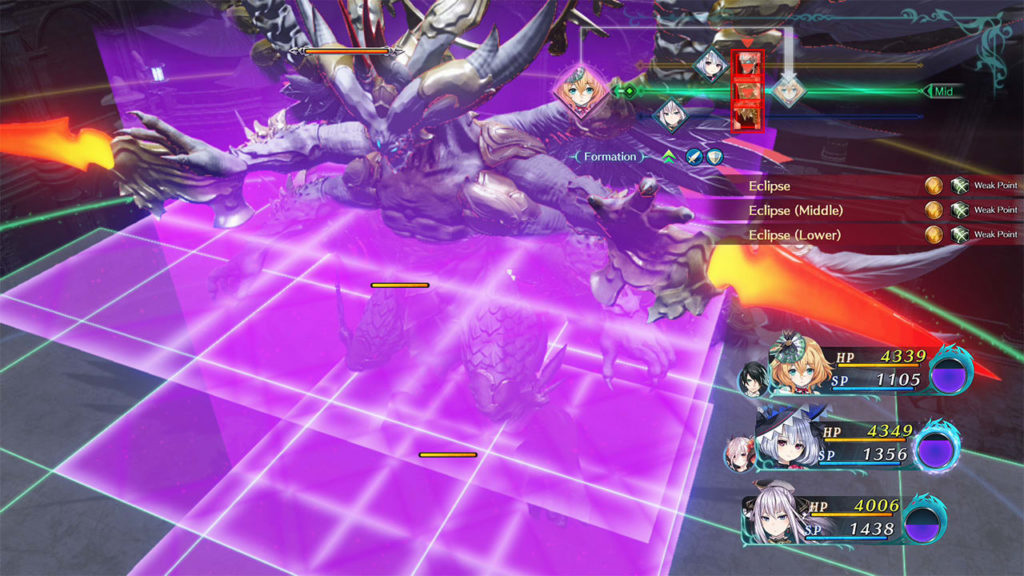 It’s unfortunate that Dragon Star Varnir isn’t up to scratch technically, because the lower price point and complete set of DLC included would’ve made the Switch version a great option for Compile Heart fans. There are just a lot of other great JRPGs to play on the system, that don’t require you to have a high tolerance for framerate issues.

Dragon Star Varnir has quite a lot going for it, but ultimately technical issues on the Switch and a few bland elements really drag the game down. The setting, combat and character progression certainly make it one of Compile Heart’s better games, but if you have the option to play it anywhere else you should probably take it.

Dragon Star Varnir is a step up from a lot of Compile Heart's games, but the Switch version is a technical mess.

Death Stranding 2 announced and confirmed for PlayStation 5
Support us