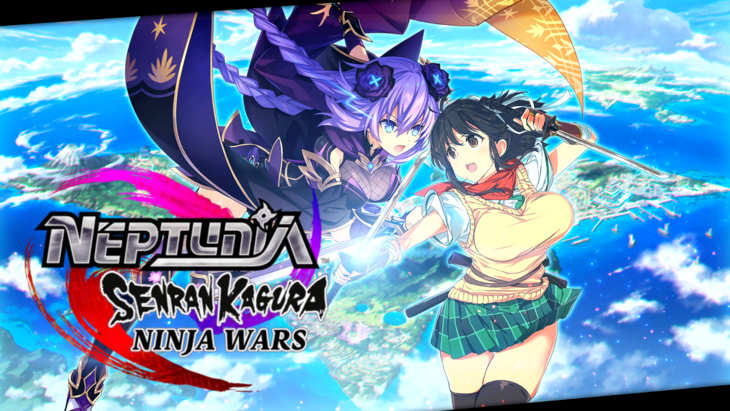 I always have mixed feelings when I hear a new Neptunia game is coming. Despite a whole lot of “fan service” and some hit and miss RPG mechanics, I can’t help but enjoy the wacky video game based world. When I heard that Neptunia was crossing over with another series known for its focus on scantily clad women I was more than a little concerned, but it turns out Neptunia x Senran Kagura: Ninja Wars is a fun hack and slash romp.

In the world of GameNinjustry, rival clans of ninjas battle for control of the Shuriken shaped land. The largest two of these fearsome groups have been battling for generations, and are led by characters from the Neptunia and Senran Kagura series respectively. When a new mechanised army threatens the lives of both of these nations, they must settle their differences and join forces to take down the bots.

The overarching story will probably be less important to series fans than the interactions between their favourite characters. The typical Neptunia bants is in full swing here, with plenty of references to what happens in other games. The in-fighting is as constant as ever, so prepare yourself for the typical chest size shaming this delightful genre loves so much. 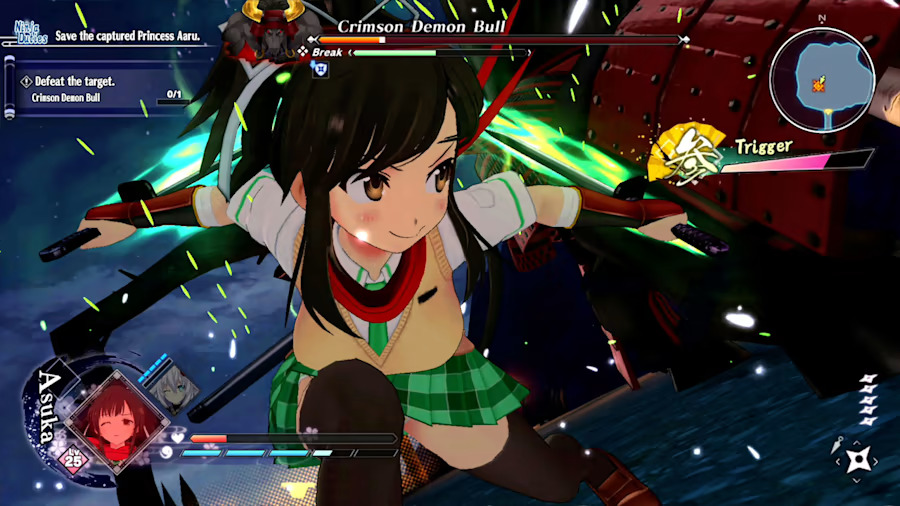 To save the world from the mighty Steele Legion, you’ll have to slash your way through all manner of baddies. It’s a fairly standard hack and slash affair, with plenty of special moves, evasive dashing and projectiles to use against the enemy. You can take two characters on each mission, and assign both of them four flashy Ninja Arts to use. From whirlwind attacks that deal damage to everyone around you to long range magic, these powerful Arts are really fun to use.

Alongside these flamboyant attacks, you’ll also need to take advantage of the Fuurinkazan Drive to make it through each stage. By activating these drives you’ll activate a bunch of powerful effects you can take advantage of. For example the Fire drive will see you dealing double damage but taking double damage too, whereas Forest drive slowly regenerates health and also gets rid of status effects. There’s a limit to how many times per mission you can use these, but stages are so short I never found myself running out.

On the one hand the length of the stages compliments playing Neptunia x Senran Kagura: Ninja Wars on the Switch, but on the other they do feel a bit lacking. It doesn’t help that the enemy variety throughout the whole game is a little lackluster either, and ten minutes of fighting the same slimes and soldiers isn’t particularly thrilling. The boss fights (complete with Break gauge) definitely help with this, although even later in the game they ended up beaten with only a couple of special attacks. 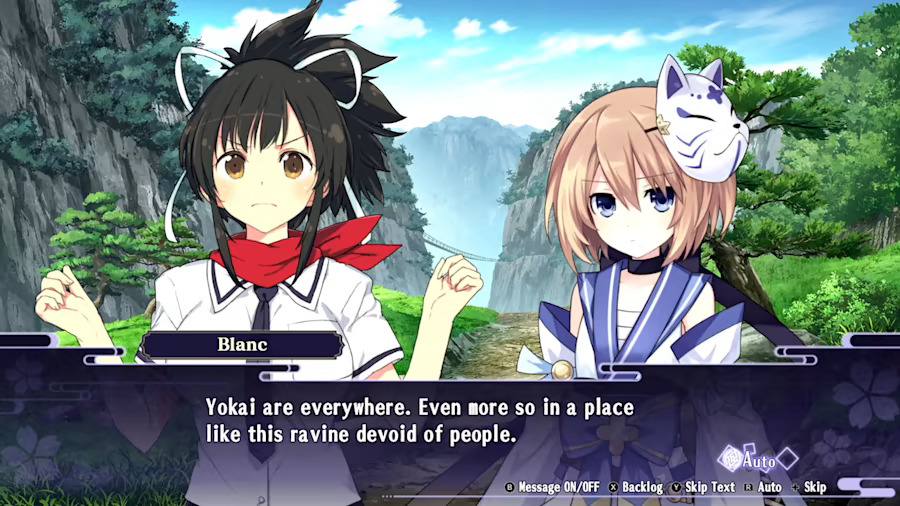 Outside of combat there’s plenty to keep you busy in Neptunia x Senran Kagura. There are popular characters from each series to chat to in town, shops to spend hard earned cash in, and of course Peaches & Cream meditation. This bizarre minigame sees you balancing one of your characters on a giant peach by tilting the Switch, with buffs and items rewarded for performance. It’s completely weird, but any excuse to show off some outfits on the girls.

Alongside any peachy buffs you get, you can also power up your party of ten with Spirit Gems. These handy jewels can be equipped to each character on a big grid, with bonuses given for any placed together. You can beef up your HP, power against specific enemy types or even boost the amount of cash you’ll find. If figuring out the right setup sounds dull to you, there’s the option to autofill it too.

Unless you don’t mind being under-levelled you’ll probably want to complete a few requests between missions. These slightly smaller objectives will see you in past stages, with an amount of enemies to kill or a number of items to collect. I won’t pretend these are anything special, but they’re an enjoyable enough way to keep up with the curve. 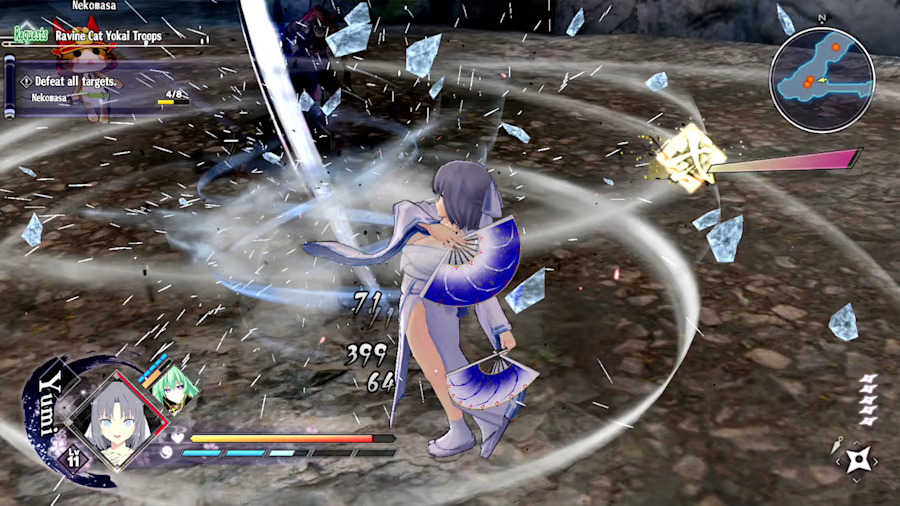 Perhaps the most surprising aspect of Neptunia x Senran Kagura: Ninja Wars is how little “fan service” there is to say the series that are included. A few outfits feature what I would call “no no clothes” and there are a few scenes that take place in bathhouses, but I was expecting much worse. Depending on the type of fan you are, this will either excite or disappoint you – but I was personally rather relieved.

You might expect on the Switch, that a 3D action game like this might have a few technical issues. I’m happy to report that Neptunia x Senran Kagura has no such issues, with an impressively stable framerate. The game looks really nice too, with the visuals not taking too hard a hit to compensate for the performance.

Neptunia x Senran Kagura: Ninja Wars is an enjoyable hack and slash experience, with plenty of flashy moves to unleash on your foes. Fans of both series will enjoy the interaction between their favourite characters, and there isn’t even too much NSFW content. It’s a shame there isn’t a bit more variety in the enemies and objectives, but you could do much worse for action games on the Switch.

A little lacking in variety
Still some “blue” content that not all will appreciate.

Neptunia x Senran Kagura: Ninja Wars is a fun action game for fans of the series, but a lack of variety holds it back from being truly great.