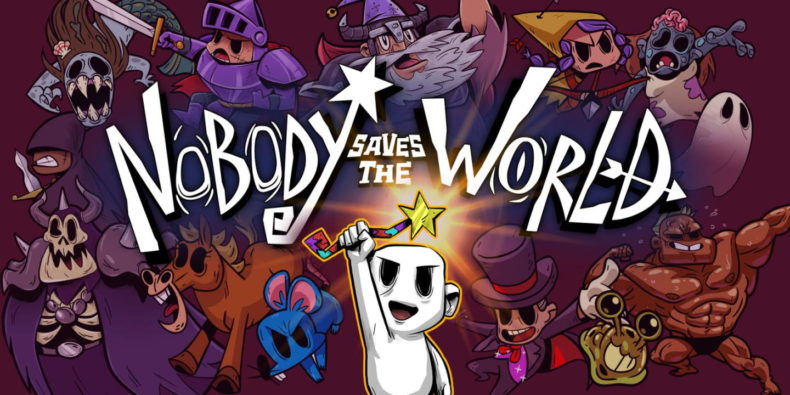 Nobody Saves the World is one of the latest games to grace Nintendo’s handheld console hybrid. And it’s borderline cliché at this point to say a game is “perfect for Switch”. It has been said many times before, but with the latest title from Drinkbox Studios, it really does feel justified. Back in January when I reviewed the game for PC, I remember blurting it out during a co-op session, that I sincerely hoped Nobody Saves the World would end up on Switch. And here we are, a few months later, and I’m pleased to say, I’ve never been happier to be right.

For those unfamiliar with Nobody Saves the World, you wake up as the titular Nobody and are tasked with rescuing the famed wizard Nostramagus. He’s mysteriously gone missing and is the only one who can help save the world from certain doom. Or something. Before long you stumble across Nostramagus’ wand, which you can use to transform yourself into various forms throughout the game. You begin by changing into a Rat to squeeze through tight spaces and poison enemies. But as you progress the game and complete quests, you’ll unlock new forms such as a horse, mermaid, and even a slug complete with a slimy trail. Each of these forms has unique abilities and stats that mean they offer different ways to overcome the enemy hordes you’ll come across during your adventure. 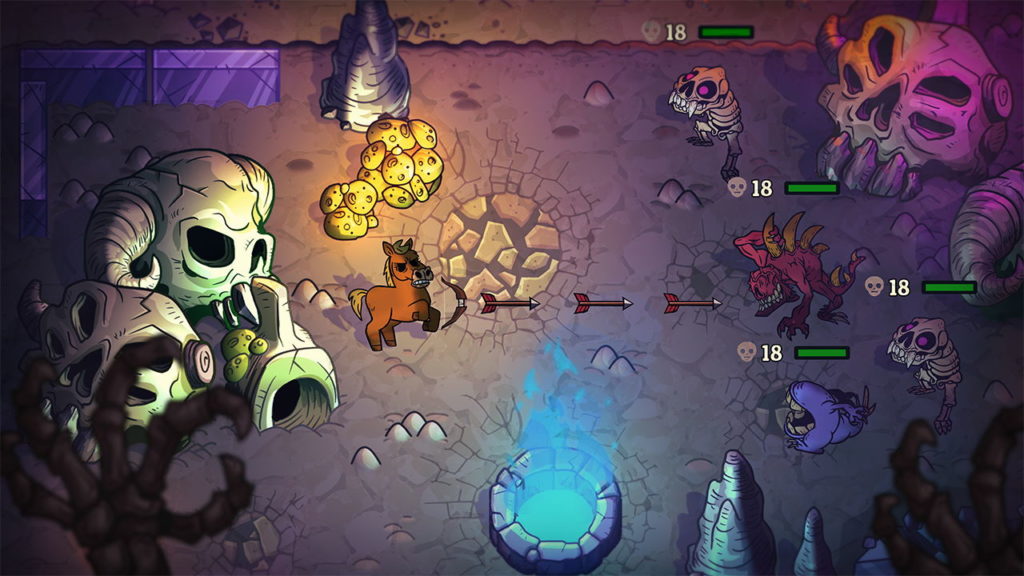 And there’s a meaty adventure to be had here too. Finding and unlocking all the forms, mastering the moves, as well as completing all the story, side dungeons, and collectibles is gonna see you rack up a playtime of about 30 hours, and then there’s a new game plus adventure to sink your teeth into after the credits roll too. There’s lots to keep you busy, and the good news is that the variety that the different forms provide means you can change up how you play to keep things fresh throughout.

Thankfully, Nobody Saves the World plays almost flawlessly on Switch too. I didn’t spot any visible performance drops in the PC version, and the same is true on Switch. The action and flow of the movement is smooth, and you never feel like you’re fighting against the frame rate. It means you can enjoy the game for what it is on the Nintendo console. Online co-op is again quick to set up and join friends to play together, and the performance whilst playing remains solid. If I was splitting hairs I would say it appears the loading times are perhaps slightly longer on Switch than PC, but certainly not long enough to cause a distraction or frustrate you in any way. 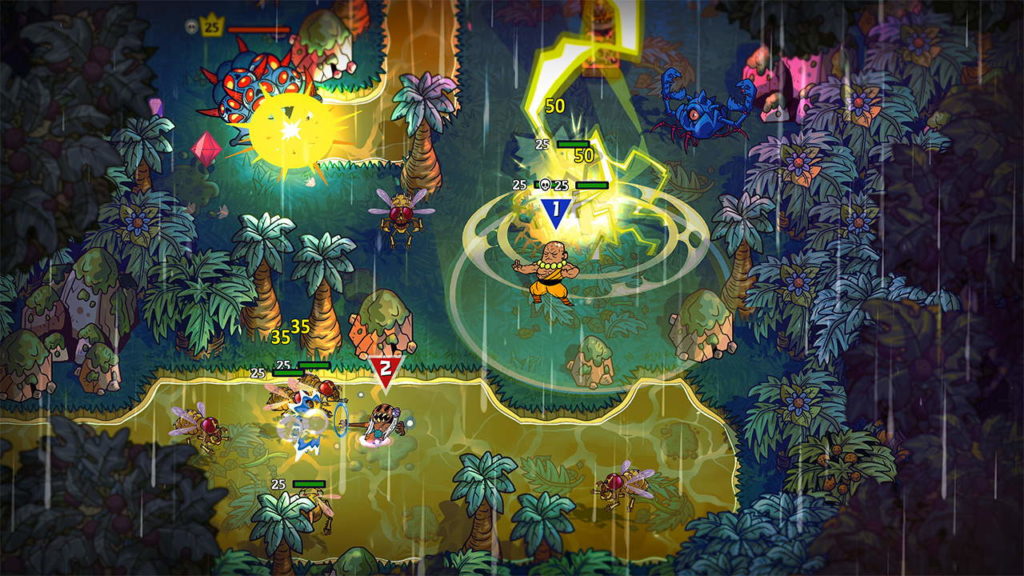 The lovely art style, giving off an almost cel-shaded, cartoonish vibe is handled well even on Switch. Not relying on photo-realistic graphics and instead opting for a more vibrant, timeless aesthetic, allows this game to look as good across all the platforms it is on, meaning no one platform is playing a lesser version of the game. Similarly, Nobody Saves the World looks equally good in handheld or docked mode, with the simpler visuals scaling well, allowing you to play how you want.

Nobody Saves the World | Perfect for Switch

And it’s that synergy that makes Nobody Saves the World this – dare I say it – perfect fit for Nintendo Switch. The handheld console has always been about playing your way, and here is a game that literally gives you eighteen different forms to explore and experiment with to find the playstyle and load-outs that suit you. A title that can seamlessly flow from solo play to online co-op in the blink of an eye and adventures can just carry on where they left off. Nobody Saves the World is happy to give you the choice, and the same is true of the Switch itself.

CHECK THIS OUT: COMPLETE NOBODY SAVES THE WORLD GUIDE

And then there’s that charm. Nobody Saves the World is not just pretty to look at, but it has a unique visual style and witty writing that lands even as I played through again on Switch. It just means I’m playing with a constant smile on my face, whether it be because I’m laughing at the misadventures of Randy the Rad or because I just kicked an enemy into the wall with my horsey hindlegs. It’s just fun, — happy, joyous fun — and I know what publisher that reminds me of; Nintendo and the Switch. Sure, maybe Kirby and the Forgotten Land is more joyful, maybe Tiny Tina’s Wonderlands is funnier, but as an overall package, it’s incredible what Drinkbox Studios has created with Nobody Saves the World. And on Switch, you’re getting as good a version as any to while away the hours with.

Nobody Saves the World is great on Switch, and Drinkbox's excellent adventure should be snapped up by those who've yet to play it.