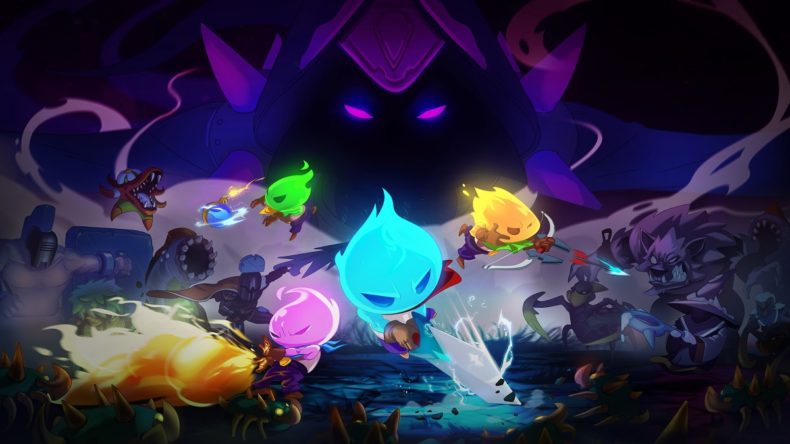 There’s a reason Hades was so popular. It looked incredible, had a satisfying gameplay loop, and offered a variety of improvements to Zagreus upon every death. So, it’s only natural that other developers will be inspired and look to create something similar while doing it in their own style. Ember Knights has the same feel to it as Hades, but manages to make it feel different thanks to a vibrant art style and the inclusion of multiplayer. Currently in Early Access, there are plans to add much more after the game’s release, however, as it stands there’s still a solid foundation and a strong challenge at its core. 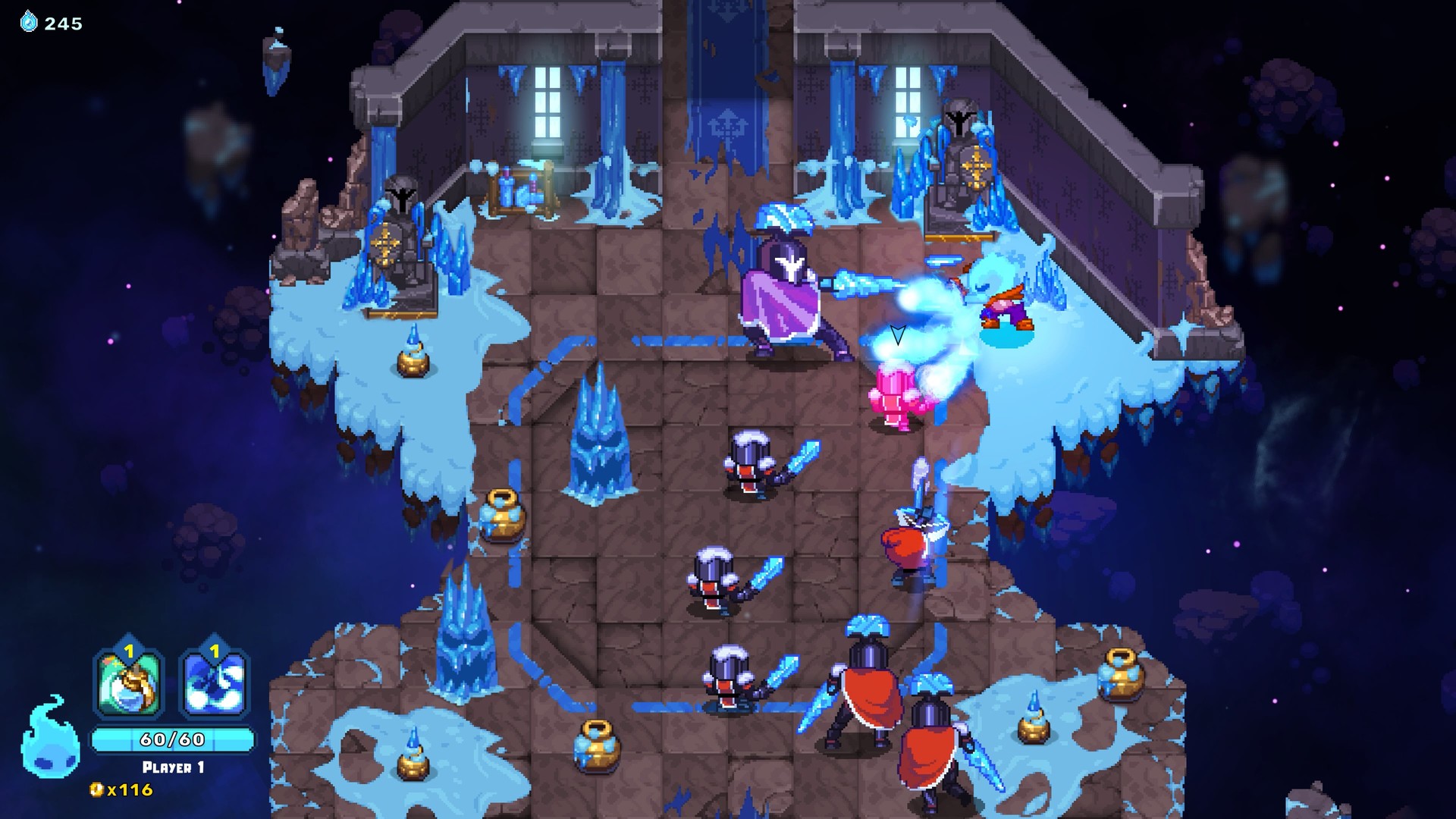 The premise of Ember Knights is simple. A fantastical universe has been plunged into chaos by an evil sorcerer called Praxis who’s been stealing life from the sacred Ember Tree. Luckily, you’re a bad ass knight who is more than ready to slay the despotic mage and restore the Prime Worlds to what they once were. From the get go you’re hacking and slashing various monsters with your Ember Blade, dodging and weaving across different ‘rooms’ until every creature has been killed. From there, you move to the next area which may house a relic, skill, gold, or a health fountain.

Ember Knights: The thrill of the fight

The combat is fluid which helps to make Ember Knights more enjoyable. Getting that perfect dodge to avoid being hurt, then going in for a critical hit to clear an area feels great. That’s not to say it isn’t tough, but it’s meant to be. The further you get, the harder it becomes, where more enemies populate the rooms and feel ruthless compared to the earlier stages. Doom Turtle compliments the challenge by providing relics and skills to give you an edge. Relics range from having skills recharge faster in boss fights to enemies dropping gold on a critical strike. Meanwhile, skills give your knight new attacks like spinning blades, arcane bolts, and a powerful wall of flames. 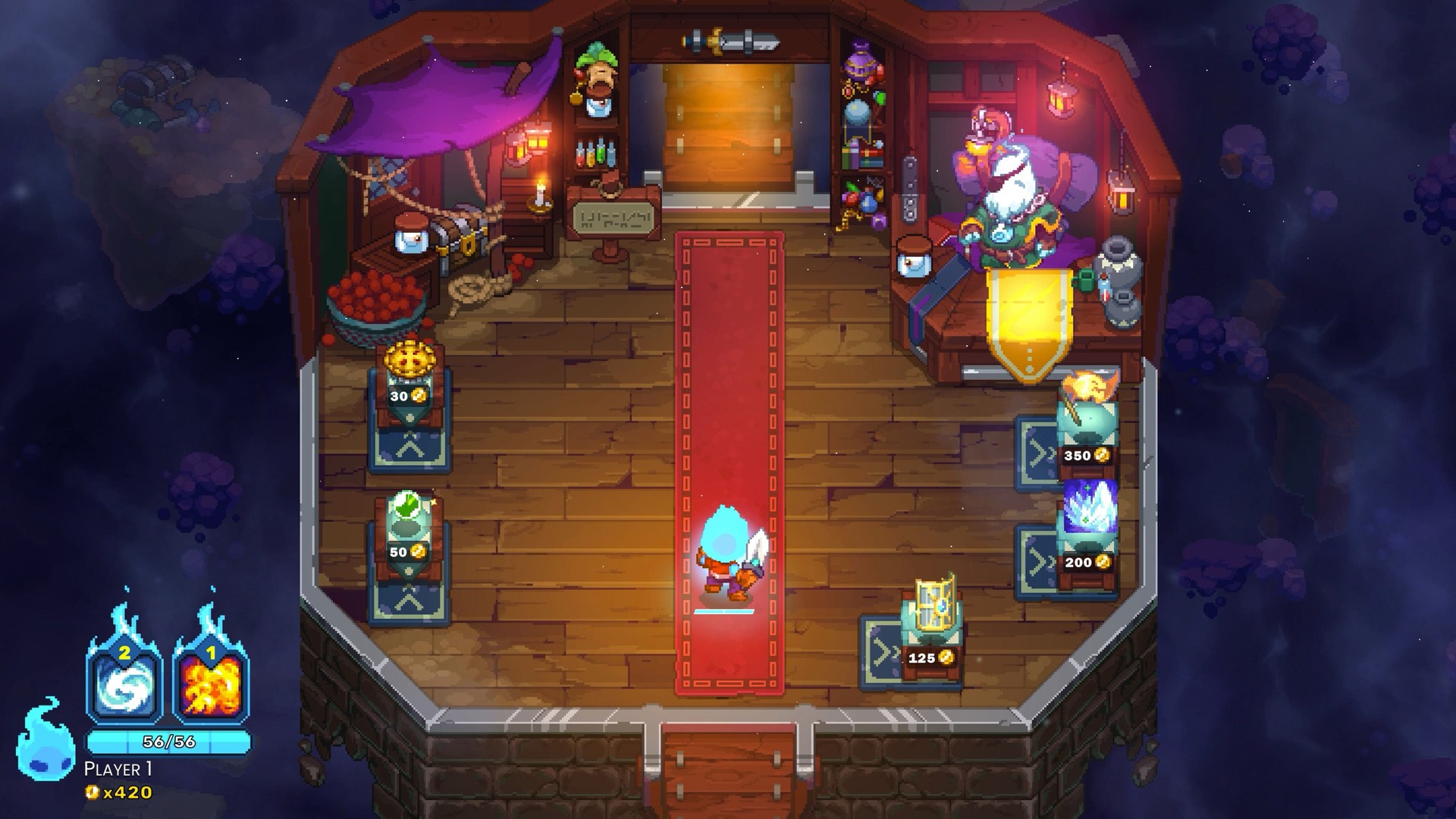 Ember Knights has other variables to make progression through the Prime Worlds easier. You naturally collect Ember on your journey, and upon death you can upgrade certain buffs that remain as a constant. Bonus damage against different enemy types, getting HP after successfully clearing a room, and an increased HP from the start are just some of the options. Relic Orbs and Skill Tablets can be found within the world, and when taken back to the hub area they unlock new skills and relics to be used on your next playthrough. Despite it getting progressively harder, you’re given multiple opportunities to improve in battle.

The three different levels feature mini-bosses and a main boss, each with their own unique enemies to fight. Not only that, there are also elite versions of certain monsters that’ll spawn to give you a tough time. By mastering your skill set and becoming a master of the twitch-heavy combat, Ember Knights has a wonderful flow of replayability. At present, your knight can only use the Ember Blade or Guardian Bow. Having a mix of range and melee is great, but I’m looking forward to see new weapons added. With much of Ember Knights, there’re plenty of ways for new stuff to be included after Early Access, but it doesn’t feel slim on content at all. 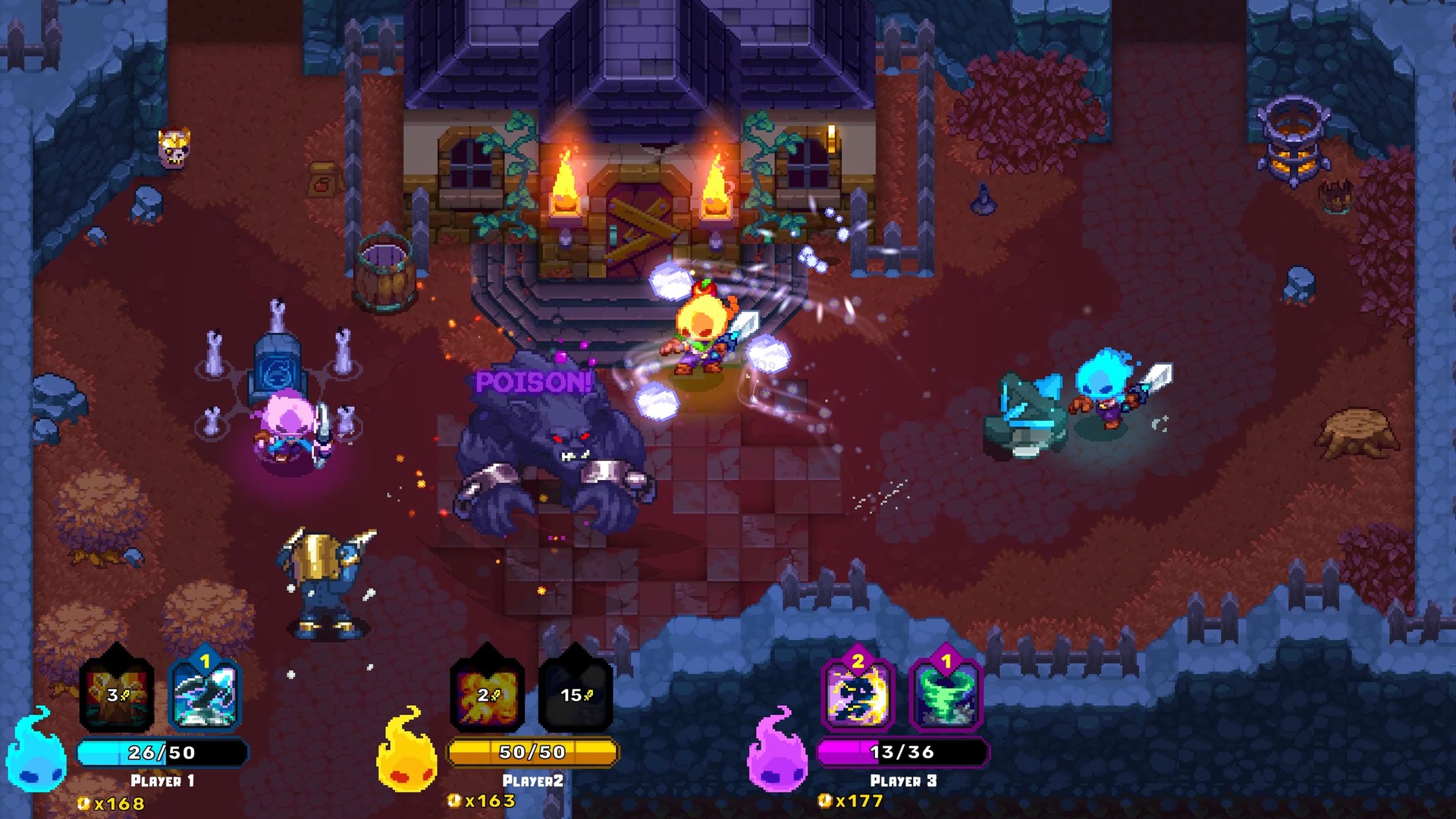 What makes Ember Knights more fun is the inclusion of co-op. You can play with up to three other people, and doing so makes fighting the different enemies way more fun. There’s little room for coordinated attacks or coming up with a plan, but it’s much more exciting when you have someone else to play with. It’s good to know this is only the beginning for the game. Doom Turtle has already said they are planning more stuff to be added, but in its current state, there’s already enough to keep you occupied.

Ember Knights has a satisfying flow of replaying and improving, unlocking new skills and relics, and harnessing the power of the Ember Tree to give your knight slow and steady buffs that remain constant. The pixel art style is gorgeous, and the three worlds all feel different to the last. Combat is quick-paced and challenging, with boss fights that rival the toughest of any rogue-lite title out there. If you’re after something to scratch the itch that Hades left behind, you’d struggle to find something as good as Ember Knights.

Only two weapons at present
Tough at times

Ember Knights is a wonderful rogue-lite that makes full use of its gameplay to offer a challenge that'll scratch that itch Hades left behind.