previous
The Last Campfire review
random
next
Raji: An Ancient Epic review
1 like 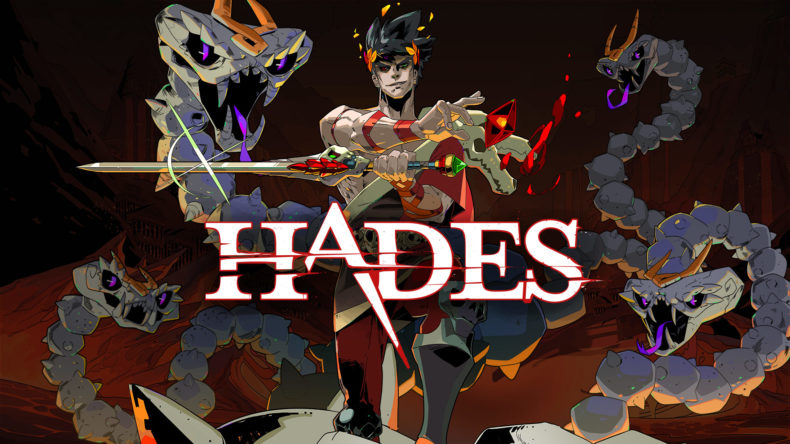 One of the main reasons Hades stands head and shoulders above many other roguelite action-RPGs is the progression system. Yes, it’s a hard game – rage-inducingly so, at times – but it balances that with a constant sense of progression and achievement that newer, more modern roguelites overlook or deliberately ignore. Like Dead Cells, Hades rewards you for failure, encouraging you to go back for that one-more-try, because it might be the one that leads to you unlocking a new weapon or power up that makes the next run easier or, at least, different.

It doesn’t have the same variety of weaponry and gear as some of its peers, but Hades offers a unique weapon upgrade system that always feels worth pursuing but still resets with each run. Of course, it helps to be reviewing the 1.0 version of a title that has been in early access for several years. Hades has been consistently worked on, tweaked and refined by Supergiant Games, a developer who already had immense pedigree from the success of Transistor and Bastion, and the result is a title that may be easier to get to grips with, but is no less complex or challenging in the long run. 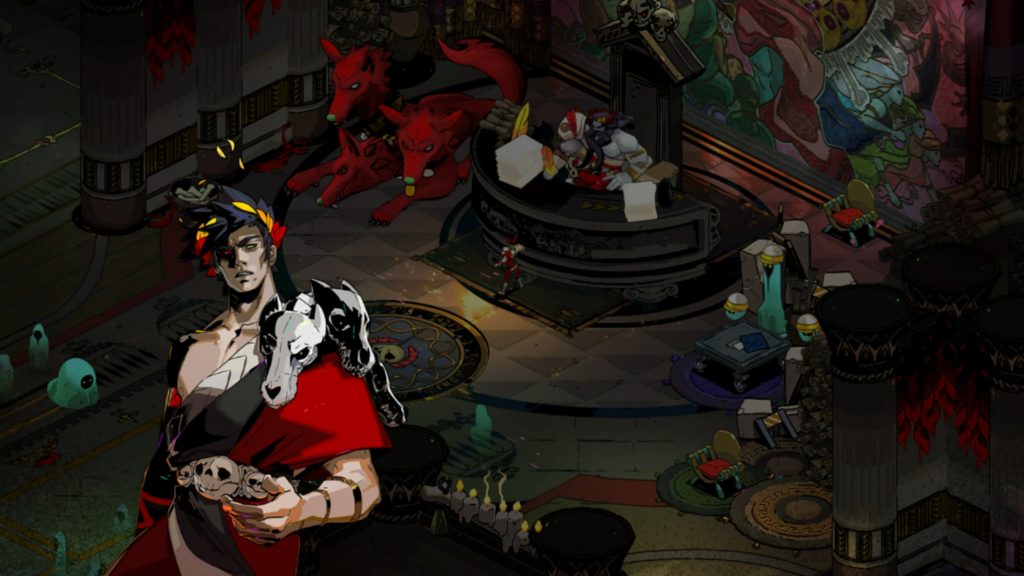 Having proved a success on PC, Hades is finally moving over to the Nintendo Switch, a platform that seems almost custom built for titles like it. An isometric dungeon crawler, Hades casts you as Zagreus, the son of the titular god, as he attempts to escape the Underworld and reach Mount Olympus, where the rest of the Greek Pantheon awaits him. But it’s not that simple, and reaching Olympus is the test for entry, as all the horrors of the Underworld stand in his path.

An interesting, surprisingly intricate plot is weaved between repeated delves into the netherrrealm, and sees Zagreus uncover godly conspiracies and unravel a web of lies about his heritage. The other gods, Zeus, Poseidon, Artemis, Athena, Ares, Hermes and Dionysius make an appearance throughout each run, offering power-ups and boons that increase your stats and attack power, or add special elemental effects to your attacks. Each seems more than happy to help Zagreus ascend, but some have motives of their own.

The story progresses even through your failures, with new story beats and interactions occurring even when you don’t feel like you’re getting anywhere, and items you take out of the Dungeons, even on death, help to improve your fortunes in future runs. Some of them simply allow you to upgrade Hades’ Palace with new furnishings, rooms and items that serve little purpose beyond the cosmetic. 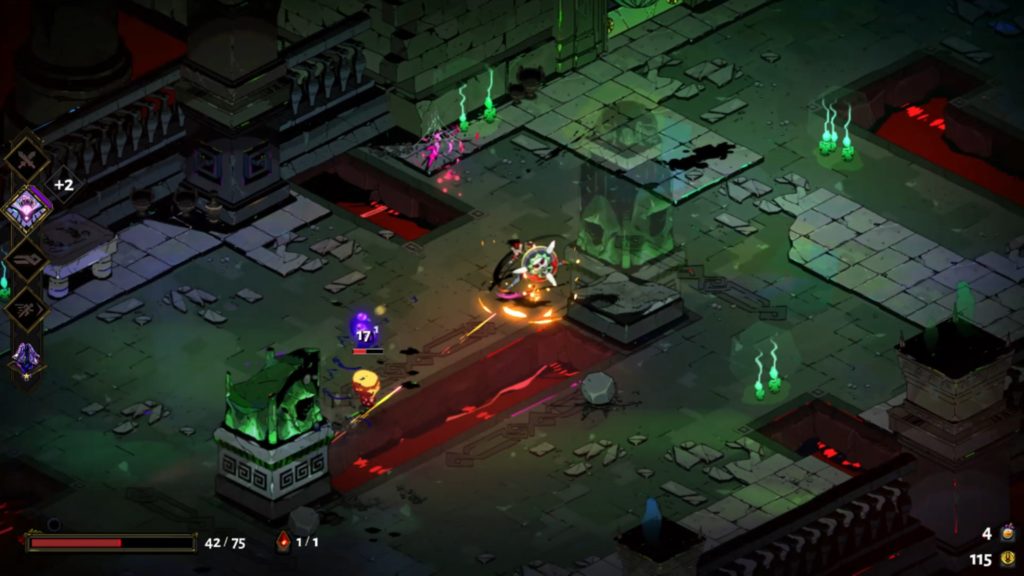 Each run is broken into a series of rooms filled with enemies to defeat. When everything is dead, you’ll be presented with a door showing the rewards for the next room. For example, keys are used to unlock new weapons and buffs, Pomegranates (Poms) of Power boost a weapons skill, coins indicate a meeting with the ferryman Charon, who operates as a merchant. You can also earn HP increases and collect Darkness essence which is used as a currency to apply buffs between runs.

If a door shows the symbol of a specific god, you can expect a bonus related to that god. For example, Ares increases melee damage or adds effects to those attacks, while Hermes increases attack speeds and your Dash moves. It’s an interesting system that keeps your buffs and boosts consistent yet still randomised. Sometimes you’ll need to choose between several gods, and the one you don’t pick will take offence, offering fewer or less effective buffs next time.

It sounds obvious but the combat is the star of the show in Hades. There’s a variety of weapons to choose from, including the starting broadsword, a spear with a long reach, a bow, and a shield you can bash enemies with or throw. Each weapon had a primary and secondary attack that can be upgraded during the run, but which reset on death. You also have a dash move for evading danger, and a ranged attack that you can imbue with various properties like your weapons. Combat is fast and responsive, and feels as rewarding on the Switch as it does on PC. The final kill in a room will always hit in slow motion right before the reward appears with a pop! and it’s insanely satisfying every time. 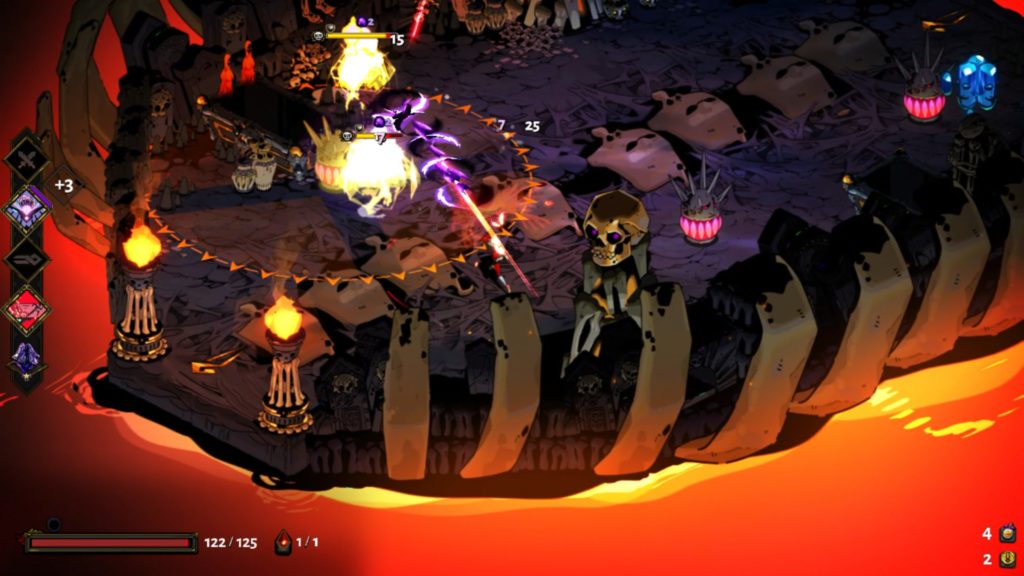 With a mix of melee and ranged enemies, some that drop mines or throw bombs, others still that fire lasers or can jump across the map, you’ll be forced to learn the intricacies of each weapon to survive. Thankfully Hades tends not to overly punish you for death. Not only are there buffs and items you can equip to grant second or even third lives, but you get plenty of chances to refill your HP or earn currencies for permanent improvements. And besides, Zagreus himself is just a joy to play as.

His sharp wit and quick tongue have been honed by a lot of updates, and he has an answer or comment for every eventuality. When he crawls out of the mire at the start of each new run he’ll complain about the enemy it boss that killed him or the area he died in, and he responds to power-ups or events in each dungeon with little asides and subtle quips. His demeanour is dry and somewhat aloof, but it’s entertaining, and his relationships with the other gods – even the mysterious Chaos god who shows up now and then with double-edged gifts – are well written and often funny. Oh, and giving them gifts you find during your runs allows you to explore their individual stories, leading to special events specific to each God – as well as giving you a few extra items to equip for bonuses during subsequent escape attempts. Get really friendly and they’ll let you summon them during fights for devastating damage.

Characters you find in and out of the Dungeons can help too, giving you gear and services – and in exchange for gifts they may give you items to equip, all of which can also be upgraded. You’ll only be able to equip one at a time though, so choose wisely. At a glance, Hades build system seems simple, but there’s immense depth to it if you can survive long enough. 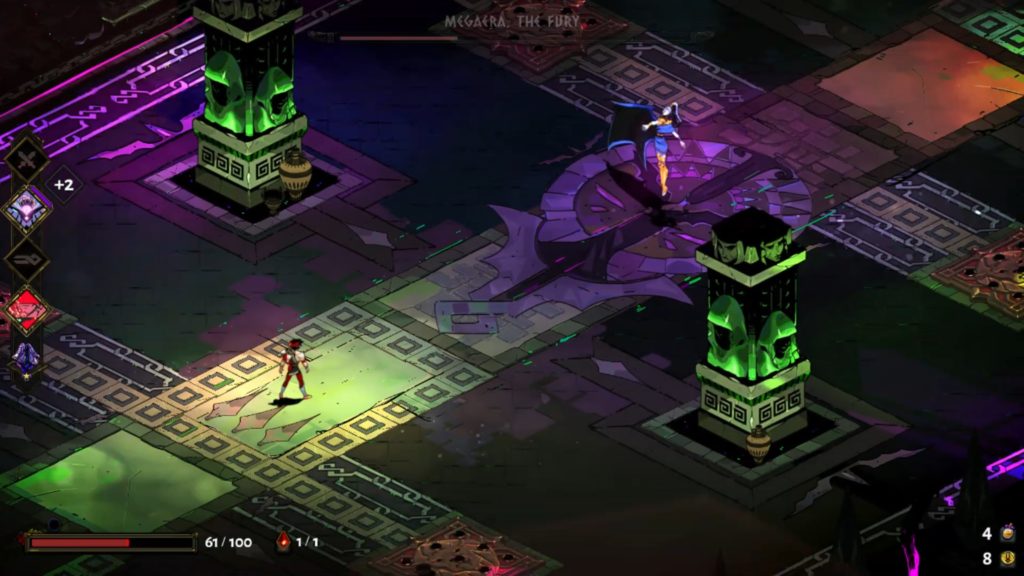 The version on Switch is up to date with all the updates and additions on PC so far. With Version 1.0 launching on Steam and the Epic Store, there’s a bunch of new stuff including a new Claw-class weapon and various tweaks to boss behaviour and, notably, the endgame. Having not spent a lot of time with Hades on PC it’s hard to comment too much on the effect of these changes, but as a whole Version 1.0 of Hades is a fantastic experience on PC or Nintendo Switch.

Add to this the incredible score, so subtle you won’t even notice that you’re nodding your head or tapping your feet while slashing monsters into pieces, and the gorgeous art style that almost feels “typically Supergiant” and it’s not hard to see why Hades is universally praised. The Nintendo Switch version is not noticeably downgraded when played handheld, but you can see it when the Switch is docked. It’s not quite as sharp, and the framerate isn’t quite as smooth, but really you lose nothing in the incredible gameplay.

With cross save, players who usually play on PC can carry on their adventures on the Switch, which is a fantastic addition on top of everything else. If anything, it would be nice to have the option to increase text size or zoom the screen on the Switch, as the action can happen fast and it’s not always easy to track in handheld.

There’s a wonderful lightheartedness to a lot of Hades that can, every now and then, take a darker turn. The atmosphere is on point, the music is excellent, and the gameplay itself is incredibly satisfying. For a roguelite it’s surprisingly giving in terms of buffs, progression, and player aids, which will make it much more accessible for newcomers. While the Switch version doesn’t utilise the touchscreen controls or offer anything “new” that the PC version doesn’t, it’s still absolutely worth grabbing if you have the chance. Utterly addictive and endlessly playable, with a late game element that will keep you coming back for a very long time, Hades is simply one of the best and most likeable roguelites available on PC or Nintendo Switch.

Hades is a fantastic experience regardless of platform. An addictive, accessible, and charming roguelike adventure.