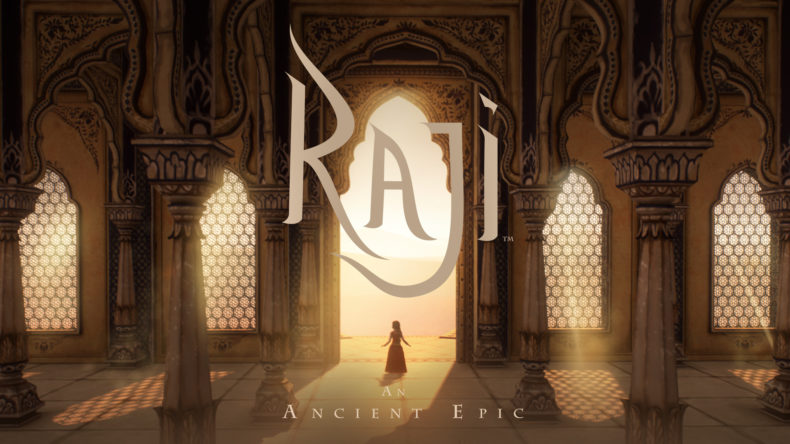 In my naivety, and if I am being honest with myself, ignorance, I’ve wondered in the past how dragons are prevalent across both Western and Eastern mythologies. It is fascinating to me that these magical beings, which although completely differently designed and imagined, prevail across two distinct broad cultures. Raji: An Ancient Epic isn’t about dragons, but while playing I was struck with how similar the stories feel to those of ancient Greece. My knowledge of Indian mythology is sparse, it is true – I am vaguely familiar with Vishnu and his consort Lakshmi, and of Shiva and Brahma, but whilst the gods may be different, the stories around them have striking resemblances to each other. Both mythologies feature tales of epic battles that have raged for millennia between warring factions and that along the way the lives of mortals are drawn into their squabbles.

Raji: An Ancient Epic is no different in this respect. The story is that Mahabalasura, the demon lord has escaped his imprisonment and together with his demonic army has invaded the human realm to exact his vengeance on the gods. You play as the titular Raji trying to rescue her brother Golu from his clutches. The back-story and narrative is told through a mixture of conversations between the gods Vishnu and Durga with cut-scenes fleshing things out with gorgeous shadow puppet theatre-style animation. Further narration is provided via vast murals or towering statues found in the land that provides the same level of richness as the environments you discover them in. 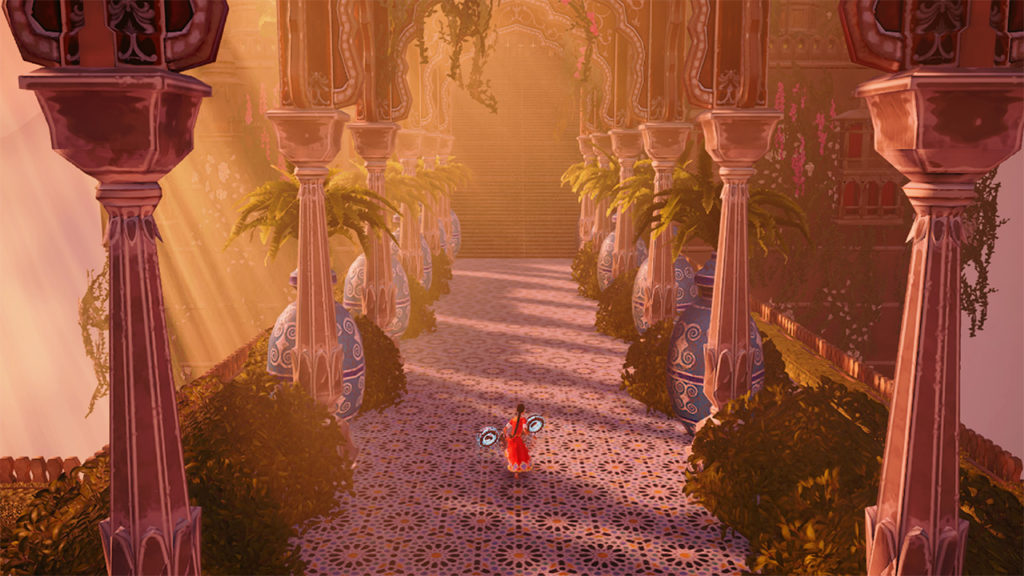 The world Raji is drawn into is rich and varied with an enormous scale to it. You’ll traverse sun-soaked terracotta castles and vast mountain temples. Your view is from a distance, drawn back to a bird’s eye perspective. Raji is tiny in the world and there is a feeling that you too are like the Gods looking down from your elevated position and observing the lives of the mortals below. You as the player have a vested interest in keeping Raji safe, but there is also a sense that while Vishnu and Durga’s interference in the lives of Raji and Golu seem largely benevolent, there is no doubt that they have both been pulled into something way bigger than either of them.

The environments are gorgeous in their detail. On many occasions, I had a sense of Tomb Raider in the way that Raji explores them. She is an acrobat by trade and there is a lightness to the way she traverses the world, jumping and climbing her way around in a way that feels fluid and confident. However, the viewpoint, while providing a grand sense of scale to the world around her, does have it’s limitations with jumps across chasms to reach a pillar that is easily missed, and issues with positioning in the right place to ensure a jump to a ledge can be achieved. Fortunately, when you do fail you start right back at the same place so there isn’t a great deal of progress lost, but the stylistic choice for the camera definitely has an impact on the way Raji controls with a negative effect. 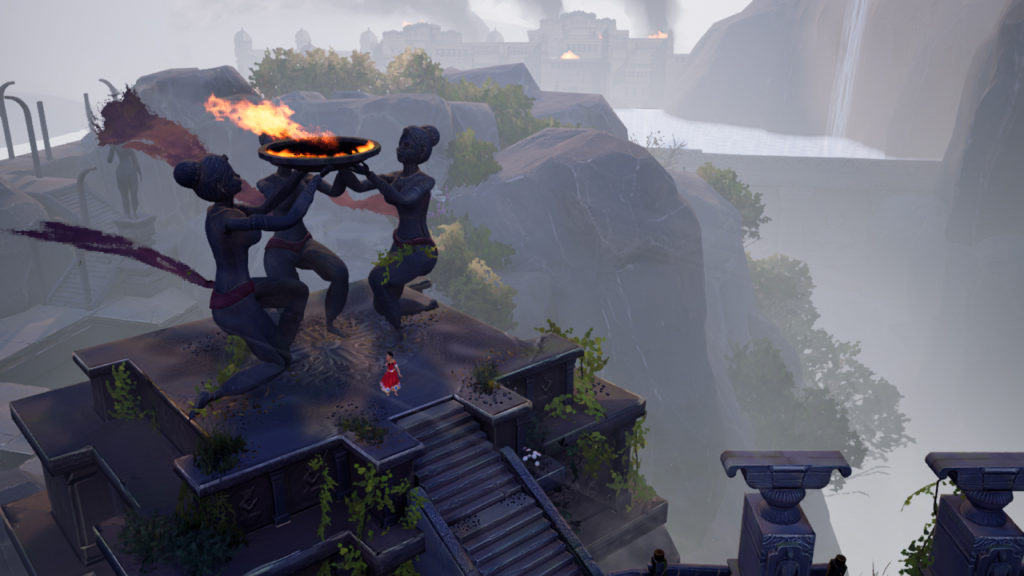 The same issues persist in the combat too, with the directional movement of her attacks sometimes a bit a hit and miss. The combat does fair a little better though, thanks in large part to the simplicity of it and Raji’s athleticism. She leaps and spins and wall runs around the arenas with the same speed and lightness of her terrain traversal. The gods leave a variety of weapons around for her to use, which in turn can be imbued with different elemental powers to stun and dispatch her enemies. With simple one-touch presses using different elements within the environment, she can perform a much wider array of attacks than first appears on face value. Scale a wall, and backflip off it to perform a devastating ground pound attack that will damage any enemy within range, or spin around a column chaining lightning to a group of enemies. It is fast and fluid stuff and a genuine delight.

Raji: An Ancient Epic is the first game for small Indian studio Nodding Heads Games, and I was most struck by how confident it is. It feels good to play with beautiful environments for Raji to skip and somersault through. There is a very clear direction in terms of the stylistic choice to have your view of the world so far from Raji that thematically fits perfectly with the story being told. It is beautiful to look at, but it does have its limitations most clearly seen in some of the difficulties the platforming presents at times. The combat, though, more than makes up for it, managing to feel simple and complex at the same time. It has a relatively short running time of around six hours and you might find yourself getting a little tired of the same enemies over and over, but it has a story richly told in sumptuous environments that are a delight to move around in.

Raji: An Ancient Epic is on Kickstarter for PS4, Xbox, Switch, and PC