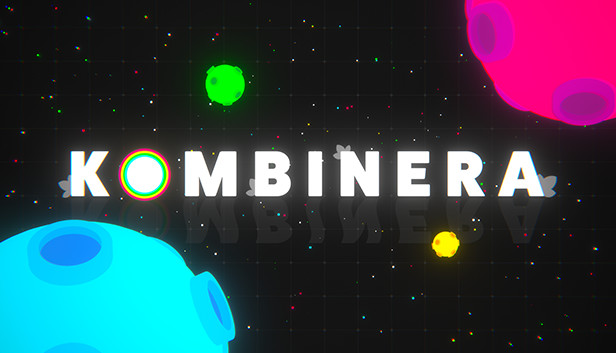 It’s rare for a game I’m reviewing to be difficult enough to cause problems. Nowadays many video games have a ton of difficulty options to choose from and change at will, and I think it’s fair to say games are generally easier than “back in my day”. It still does happen though, and there are plenty of times I’ve been stuck flailing against a tough boss with nowhere to turn. It’s unusual to be consistently beaten down by a new title though, and Kombinera certainly managed it.

Kombinera is a pretty straightforward puzzle platformer at its core. Each stage contains numerous balls that you need to combine by moving them into each other. The catch? You control all the balls at the same time, which when you factor in a whole host of hazards and ball types gets complex quickly.

So how do you get the balls to combine if you control them all at once? Simple, you wait for a wall to get in the way and keep walking in that direction. This isn’t always easy though. You might need to line up jumps so all of your balls can hop over spikes at the same time, or to wedge one ball next to a low wall and keep your jumps small so it stays put.

It doesn’t take very long for the complexity to build. Different coloured balls are the first way this happens, each of which have a different property. Red balls are immune to spikes, yellow balls can break yellow walls and green balls don’t get destroyed by green bullets. You’ll need to use these abilities wisely to make it through each tricky stage, and before you know it you’ll be blocking bullets with your green balls and carefully deciding when to break yellow walls to gather up the rest of the gang. 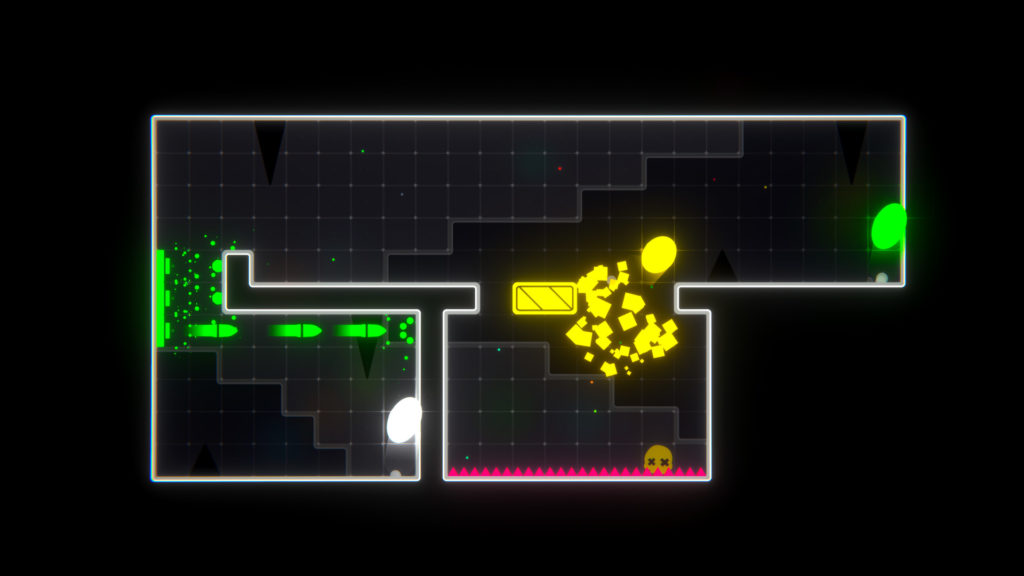 When you combine a coloured ball with another it retains all its powers, so often you’ll want to combine as many balls as possible to create a practically unkillable orb. Sometimes putting all your eggs in one basket won’t solve the level though, and you’ll need to spread the ball powers if you want to gather them all safely. Kombinera is much more puzzle than it is platformer, and you’ll really need to think about all the different moving parts if you want to make it past even the first of eight worlds.

Not every colour of ball is a helpful addition though, with pesky grey balls coming in before you know it. These balls can’t jump, and many a stage is failed by accidentally combining into one of these early and getting stuck. Even small walls can keep them safe though, so they aren’t without their uses.

Just when you think you’re starting to get to grips with Kombinera it throws balls with reverse gravity into the mix. With balls on the floor and balls on the ceiling, combining them will involve a fight against gravity and more than a little jumping. Once combined I never was quite able to figure out how it was decided if they’d float or sink, but figuring out when best to change that polarity is often the only way you’ll solve a stage.

But sometimes you won’t solve a stage quickly, sometimes it will take a very long time. Even in the first world some levels took me ages, and the difficulty absolutely ramps up as you go. The pure difficulty will appeal to many I’m sure, but I would’ve appreciated some sort of hint system or maybe the ability to skip stages somehow. Instead when you get stuck in Kombinera, you either bash your head against a wall or walk away and play something else. 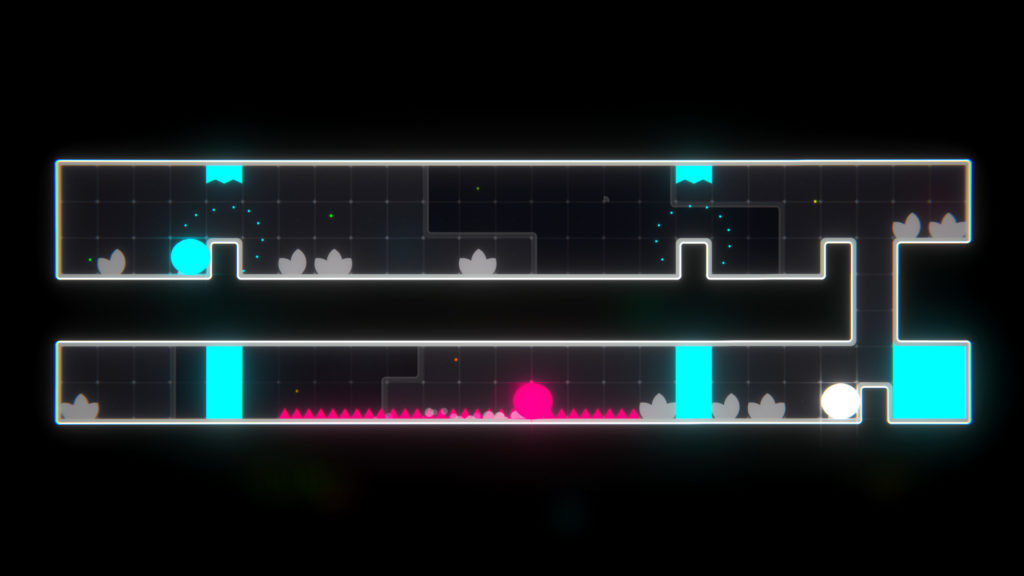 Despite its difficulty, one aspect of Kombinera that makes it feel less overwhelming is the fact that each stage fits on a single screen. Being able to see everything you need to beat a level at once really helps, and messing about with new strategies is quick and easy because you don’t have to move the balls far to implement them.

If you manage to get through all of the levels (which is no small feat) there are a few extra things to do. Stages often have a crown to collect is a particularly hard to reach place, and there’s also a particularly fiendish par time to try and beat if you’re so inclined. Finding crowns will also unlock bonus levels as you gather them, which I’m not ashamed to admit were far too much for me.

Kombinera is an incredibly challenging puzzle platformer that will push you to your mental limits. More and more mechanics are added as you progress, and you’ll feel like a genius when you finally solve a level you’re stuck on. It’s a shame there aren’t a few options available to help you if you’re stuck, but as long as you don’t mind engaging your brain you’ll have a good time.

Will be too hard for some (including myself!)
No systems to help you if you’re stuck

Kombinera is a simple but incredibly challenging puzzle platformer, and if your brain can handle it you’ll have a blast.