What Lies in the Multiverse review 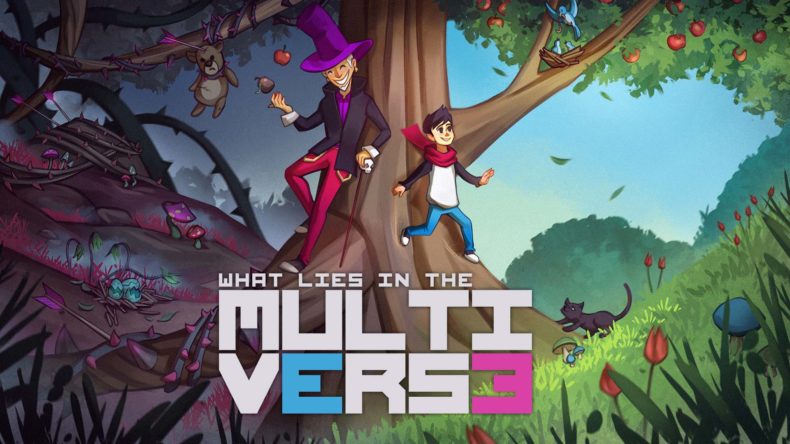 There was a time many years ago when you couldn’t move for puzzle platformers. Those early Xbox Live Arcade games were the talk of the industry at the time. They showed the world that games developed by small teams could provide just as much entertainment as the big-budget blockbusters. Wonderful titles like Braid and Fez swapped twitch platforming with thoughtful gameplay and interesting mechanics. And What Lies in the Multiverse holds up against these all time greats.

What Lies in the Multiverse: Kid and Everett

While messing about on his computer one day, our hero (who is only ever referred to as Kid) finds himself teleported into another dimension. There he meets Everett, a top hat-wearing mad scientist with little regard for the rules and the power to travel between dimensions. With his interest piqued, Kid asks he can join Everett on his adventures, and thus a dynamic duo is born. This isn’t just some thrown-together story to loosely tie levels together. There’s drama as Everett tries to escape a group policing his interdimensional antics, plenty of wacky comedy, and even some genuinely touching moments. 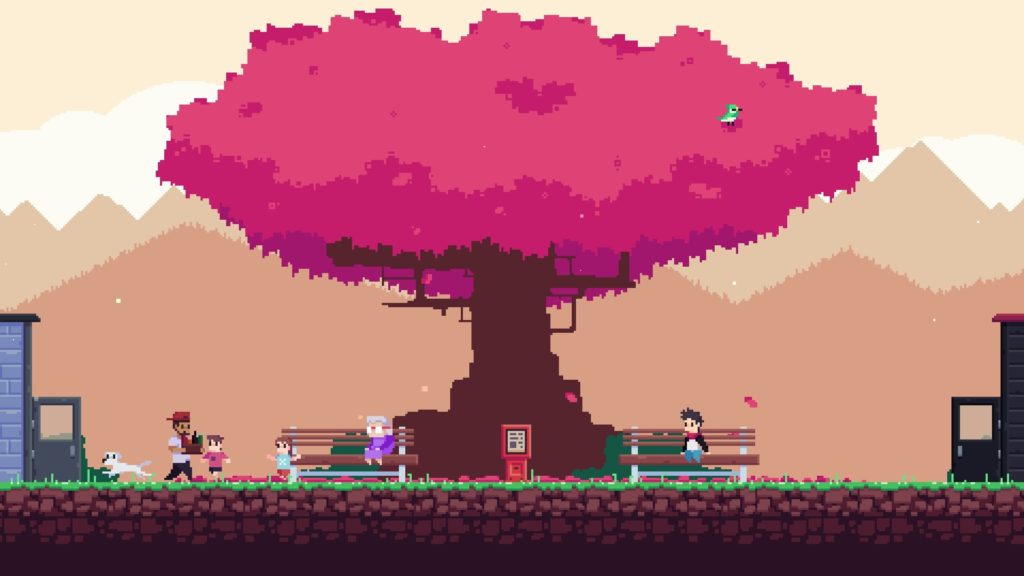 Switching between dimensions is the main hook of What Lies in the Multiverse. The Kid is just a fairly normal boy, so a simple jump is all he can manage. To get anywhere, you’ll need to swap dimensions to create a path he can tackle with his limited mobility. Maybe one dimension has a box you can push, and the other has a rope you can reach from on top of it. One mid-air switch and you’ll be climbing. It soon gets much more complex than that, with each level adding new dimensions to experiment with.

After that first stage, each dimension you get to play around with will get increasingly more interesting. There’s an ice world that adds a slippery floor that can propel you over bigger gaps. Then there’s a plant world full of climbable vines, and even a poison-filled world that if you stay in too long you’ll die. My favourite of these was probably the universe with upside-down gravity, which enabled Kid to fly across any obstacle in his path by just switching repeatedly. It was always exciting to see what the game would throw at you next.

Not only does each dimension enable interesting new mechanics, but they also have their own (generally horrific) narrative. Almost every other dimension is absolutely harrowing, with innocent NPCs replaced by corpses. You’ll find out more about these dimensions by locating hidden books in hard-to-reach places, if you fancy getting to know more about the abject misery of their inhabitants. I’d prepare yourself for some dark content though. One area featured a dad and his daughter having a delightful picnic, and in the alternate dimension found a note he left as they were trying to survive this harsh world where he ended up killing and eating her. 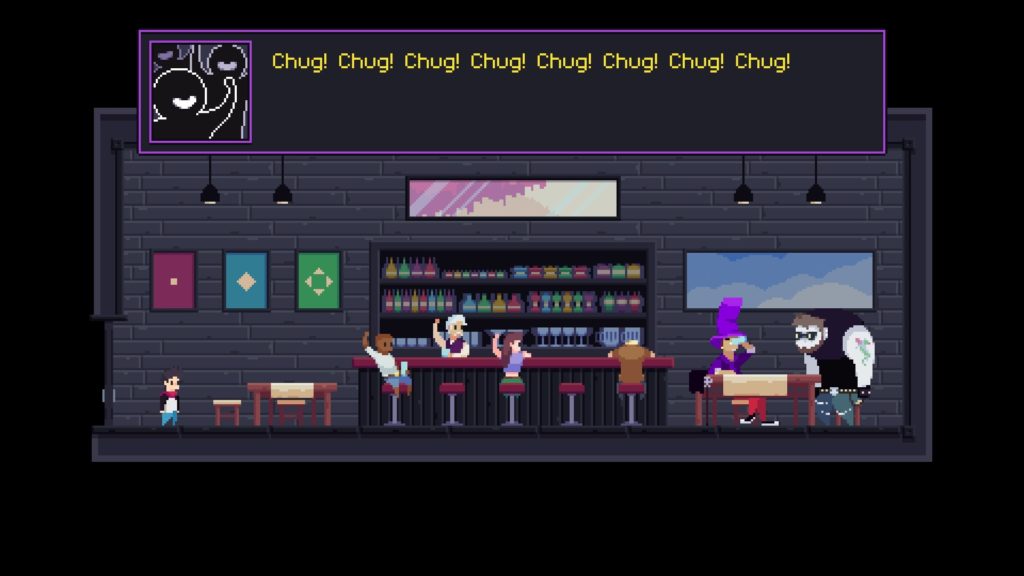 When you aren’t reading tragic diary entries, you’ll probably be thinking your way through some of the puzzles blocking the path. These are almost always the perfect level of difficulty. They will stump you for a few minutes before making you feel like a genius. Often they’ll revolve around a Ubiquitous, which is an object that appears in both dimensions. Usually these are boxes that you’ll need to switch dimensions to maneuver past obstacles, be it with gravity manipulation or slippery floors.

Later in the game (possibly due to Everett’s meddling) dimensional Interferences begin to pop up. These rips in space and time will prevent you from swapping dimensions in the area surrounding them. Additionally, when you enter them you’ll switch dimensions while passing through them. The absolute best puzzles in the game incorporate these Interferences, and you’ll really think about how all the systems work together if you want to progress further on your adventure.

Each new area you travel through is made all the better by the striking pixel art aesthetic. The art style is simple but effective, and never distracts from the gameplay itself. Alongside the visuals, there’s a lovely soundtrack that fits the mood. It may not be packed with bangers, but it works perfectly for the slower paced gameplay on display. 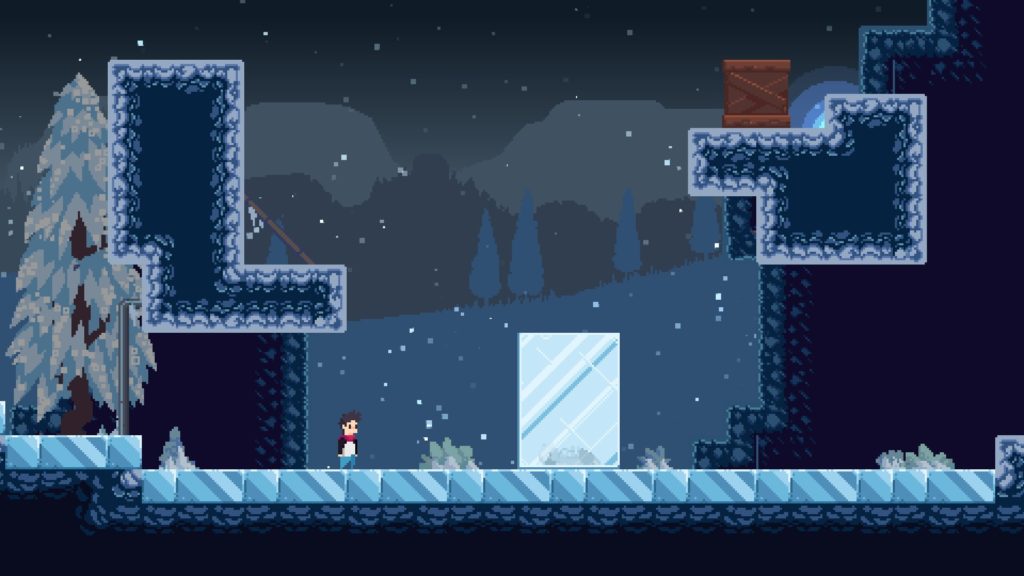 There are unfortunately a few levels that aren’t as engaging as others in What Lies in the Multiverse. On some levels (for whatever reason) you don’t have access to the dimensional powers. Instead you have to make do with jumping around. One of these, in particular, involved incredibly fragile boxes and switches that moved platforms, and it just didn’t do much for me.

Stages without dimension powers are a drag

What Lies in the Multiverse is a sublime puzzle platformer. The puzzles are engaging and the story balances comedy and drama with aplomb.