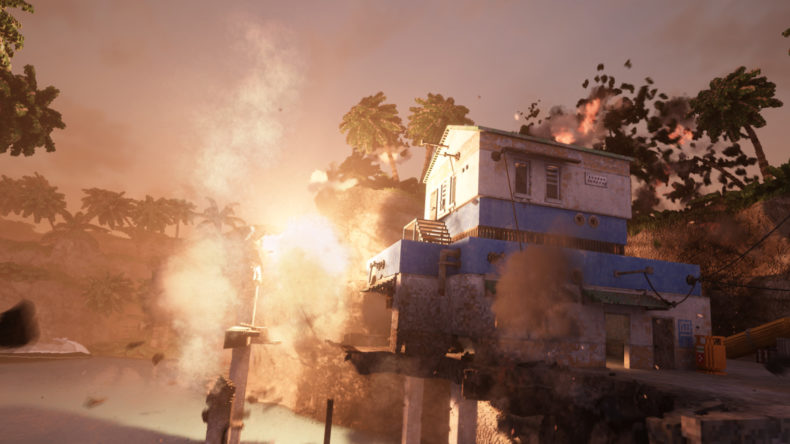 The creativity on offer in Teardown is pretty special. Like an anarchic Minecraft, Tuxedo Labs has given you all the tools to demolish and blow up whatever you want with a multitude of tools at your disposal. It offers a fully destructible voxel world, spanning various environments that are just waiting to be decimated in the most imaginative way imaginable. If you’ve seen the trailers or heard the buzz on social media, it’s time to stop listening and start playing, because this is something you don’t want to let pass you by.

Teardown has been in Early Access since late 2020, but it’s only now I’ve been fortunate enough to see what all the fuss has been about. I can’t tell you how much fun I’ve had with it in a review. No, that’ll only happen when you get to play it for yourself. However, I’ll do my best to tell you just why I love it so much. Whether you’re playing the campaign, completed specific challenges, or diving into the sandbox, there’s plenty to do that you can’t help but be impressed by what the developers have done. 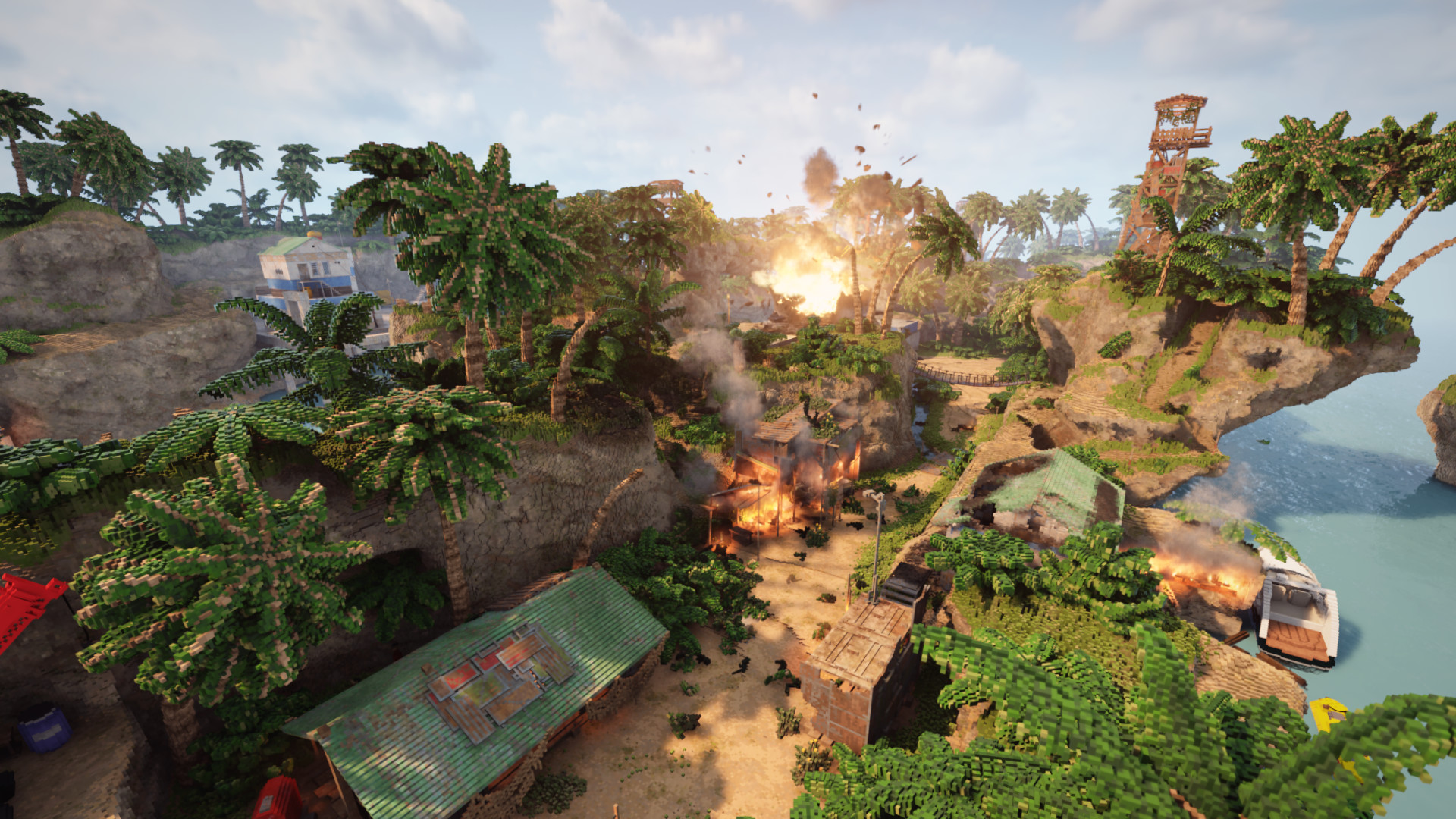 Let’s start off at the campaign. With your mum struggling to pay the gas bill, you start off by doing shady jobs for some shady people. Within the first mission, it becomes clear just how much freedom you have. Although your toolset in the beginning is minimal, there’re plenty of ways to get the job done. You’ve only got a sledgehammer at first, but with the help of some propane tanks and a digger, those dreams of destruction start to come to fruition.

As you progress through the campaign, new tools become available, and you’ll soon have multiple ways to complete the job at hand. Shotguns, planks of wood, and bombs are just a small selection of what you’ll end up acquiring, and they can all be upgraded at your base of operations before going out on your next job. One mission might require you to dispose of some luxury cars or a safe in the river, or steal important documents. Each mission comes with optional objectives, allowing you to earn a bit of extra money in the process. 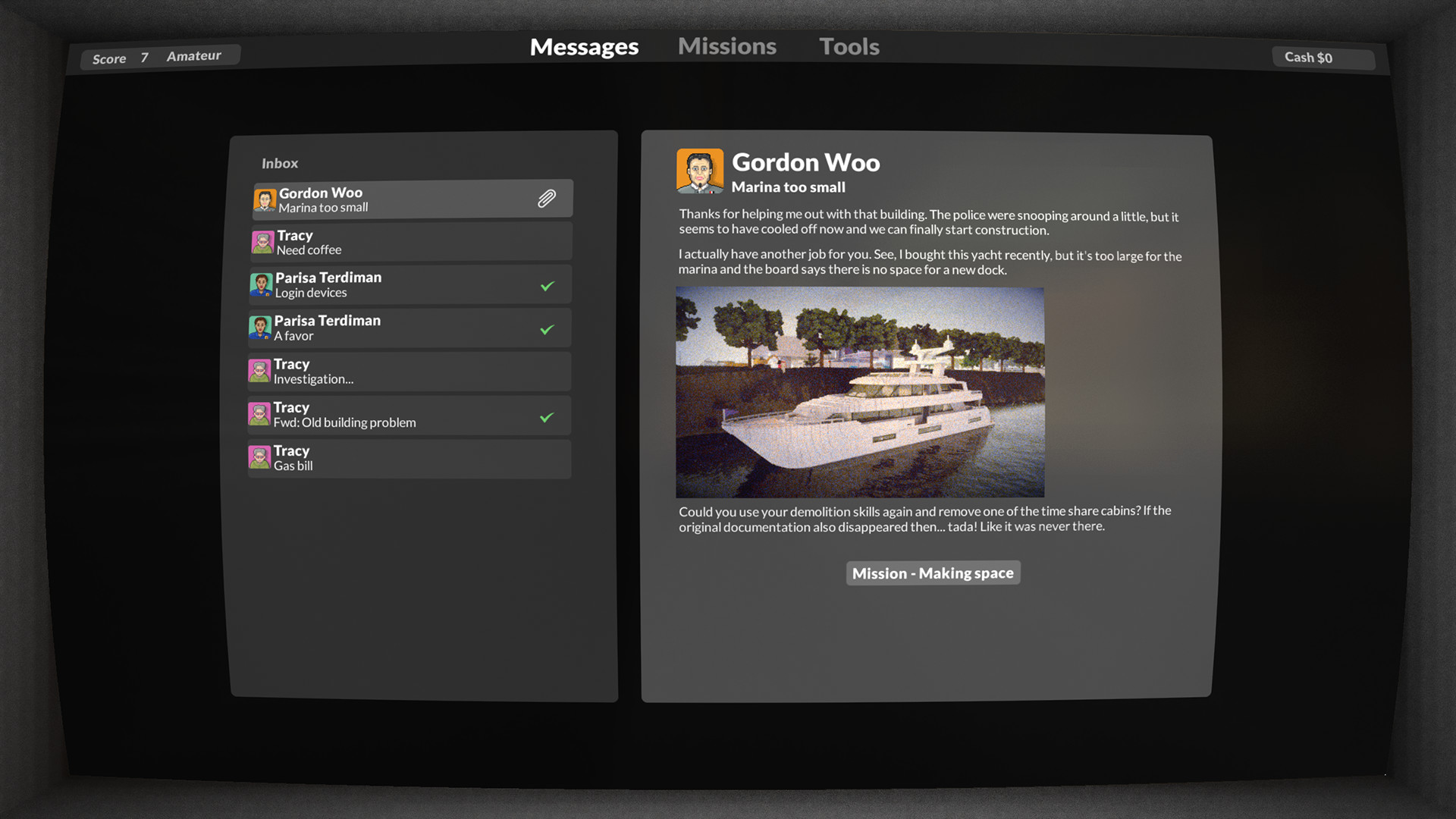 Along with these extra tasks, there’re plenty of valuables you can find and steal to give you an extra income. What makes Teardown exciting is planning exactly how you’re going to complete the mission. The security gets tighter further in, making it seemingly impossible to do what you need to do. Thankfully, there’re ways to make sure those alarms don’t get tripped. For example, when stealing a car off the back of a boat that was pretty far away from the getaway vehicle, I used a construction truck to anchor the cargo with the car inside and pull it closer to the lorry I had to store it in. It meant when I triggered the alarm, it was right next to the getaway lorry.

There’re multiple ways to get the job done, and that’s what makes the campaign a lot of fun. I had a bit of an issue trying to destroy part of a boat house on the marina. At first, I tried to blow it up, but it was too big with the tools I had at the time. Instead, I took out the four pillars that went under the surface of the water. This then plunged the house deep into the water and meant I’d completed the objective. Tons of missions can be completed in a multitude of ways, and I appreciated the freedom in how I was able to solve each puzzle. 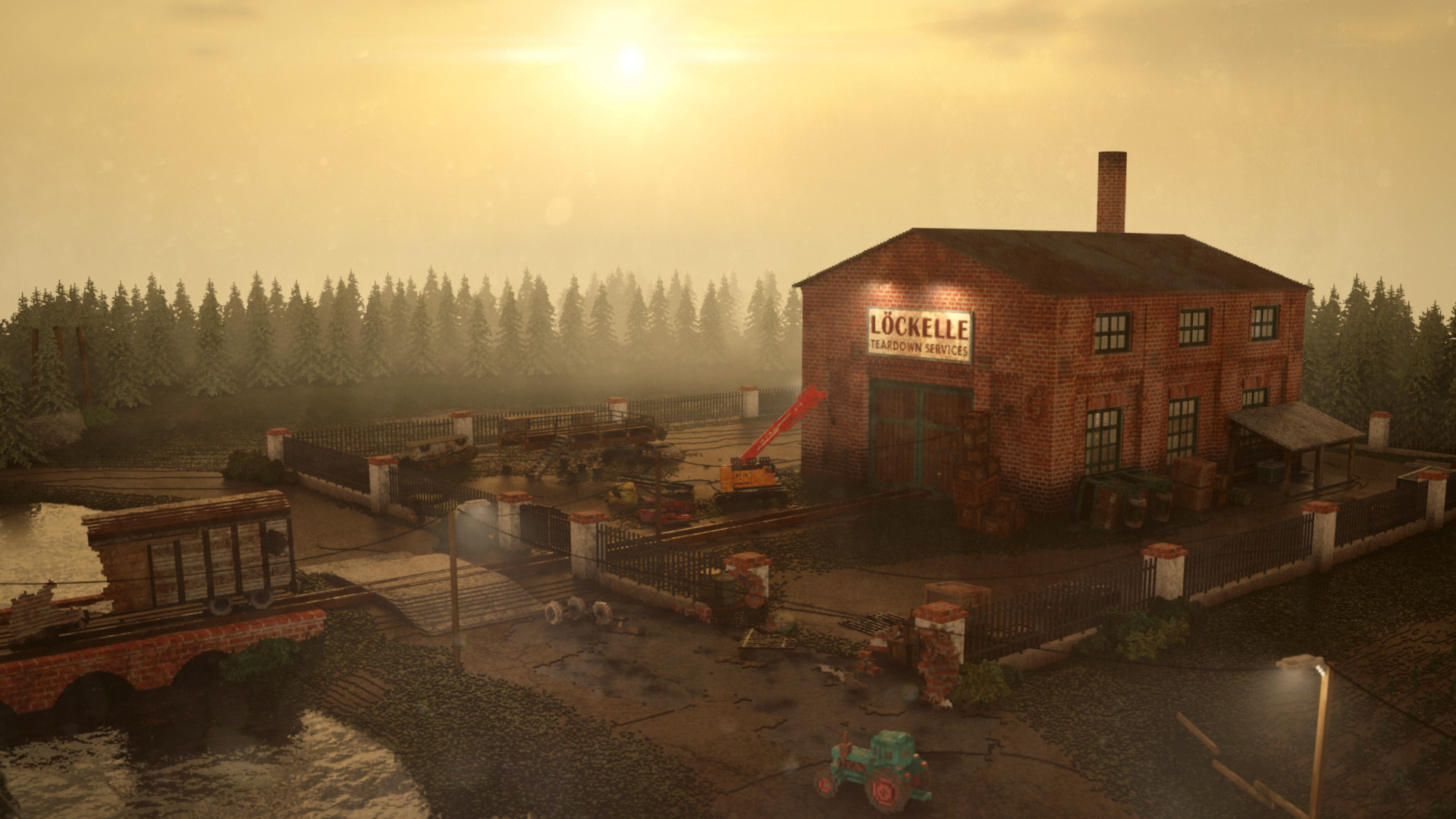 Teardown: By any means necessary

If you find it too difficult to get everything done in the allotted minute after triggering an alarm, there are options for you to increase this amount of time. You can also skip to the next mission if you’re struggling. While you might not want a pass to the next stage, Tuxedo Labs has made sure there aren’t any boundaries on the fun that Teardown offers. While the ‘story’ isn’t particularly interesting, the missions are varied and give you full use of your skills and toolset. Of course, the main bulk of fun comes in the Sandbox mode.

Here, you’re free to unlock all levels and tools. Venturing into Evertides Mall with an unlimited supply of nitro-glycerine and pipe bombs means you can cause untold destruction to your heart’s content. It’s the perfect stress relief after a tough day at work, and shows you just how impressive the realism in the chaos is. Teardown might not be for everyone, but having such an array of tools and creative freedom means for a few hours, you can forget your troubles and just blow up a bunch of buildings.

There’s even a challenge mode that gives you a set amount of tools in different game modes, with new ones unlocking upon completion. Teardown features impressive technology when it comes to the realism in the destruction of different environments. The campaign provides plenty of ways to complete each mission, the sandbox is a fantastic mode that gives you the chance to destroy whatever you want however you want, and the challenges give you specific guidelines to test your skills. Whatever you do in Teardown, there’s enjoyment everywhere you look.

Teardown is ridiculously fun, featuring a fully destructible voxel environment and the freedom to cause as much chaos as you wish.