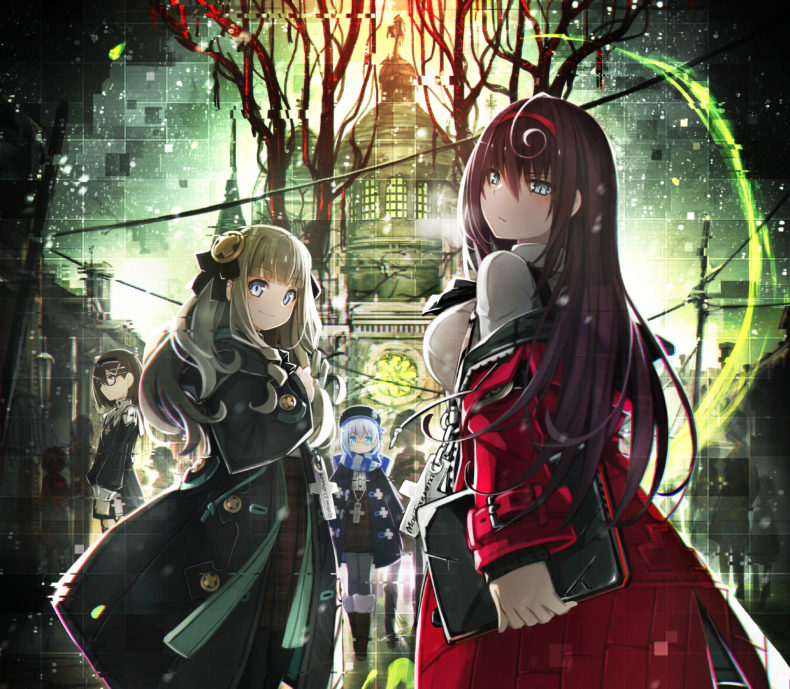 There simply aren’t enough JRPGs with a horror theme. The pacing and story focused nature of an RPG provides the ideal opportunity for a spooky experience. In my early teens I was suitably frightened by the gothic world of Shadow Hearts on the PS2, but even today there is a distinct lack of truly horrific RPG experiences. Fortunately for my corrupt tastes, Death End re;Quest 2 is packed full of sinister monsters and despair.

You play as Mai, a teenage girl who has always tried to escape the abuse of her father by absorbing herself in online worlds. After an unforseen change of circumstances, Mai ends up in a boarding school for abused young girls when all sorts of otherworldly activities start to take place. The opening of the game especially is some of the darkest content I’ve ever experienced in a video game. Mai’s situation is handled tastefully (and the tremendous voice acting adds to this) but the content is undeniably hard to stomach and won’t be for everyone.

Once arriving at Wordsworth Academy, you’ll get to meet all manner of mistreated teens. From cliques of horrendous bullies to girls still recovering from the neglect of their past, the dormitory is host to a colourful cast of characters. Each day you can talk to as many of your peers as you like, and are occasionally given conversation options to choose between for some light Visual Novel flavour. These elements combined with the school setting reminded me of the Persona games, but socialising isn’t quite as essential to growth here. Interaction with the other girls is definitely one of the highlights of the game, and seeing Mai go from pushing her peers away to helping them overcome their trauma is heartwarming. My favourite of these slow burn relationships is with Mai’s roommate Rotten Dollhart, who’s sickly sweet personality is able to pierce our hero’s icy exterior as they investigate Wordsworth together. 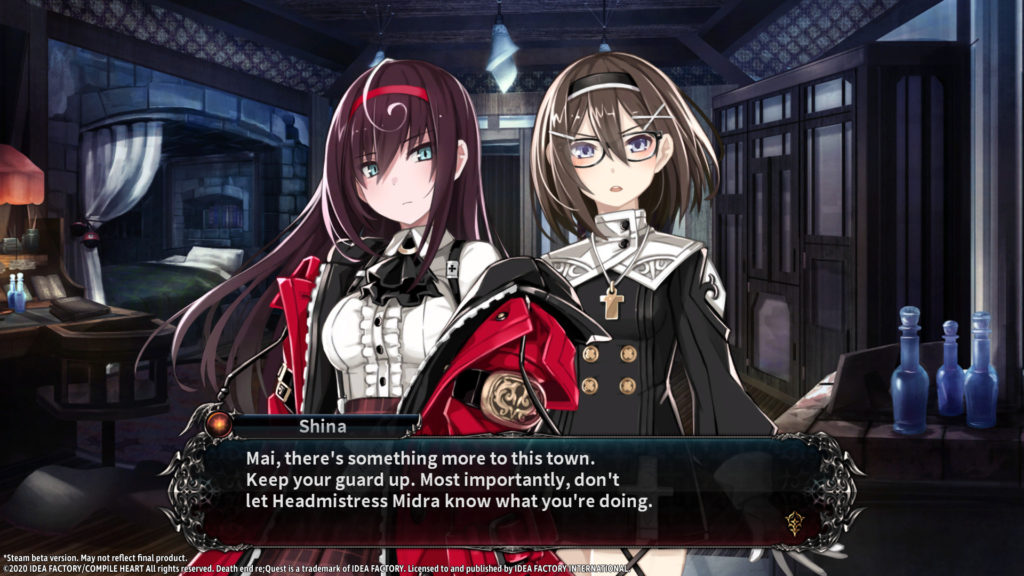 From the moment you arrive at your new home, it’s clear that something isn’t right. The small village of Le Choara where the dorms are located is heavily religious, and nobody is permitted in the streets after midnight. When girls start to get “rehomed” while everyone else is sleeping, Mai decides to investigate the streets at night and finds all kinds of horror ghoulies waiting for her.

When confronted by one of these murderous menaces, you’ll go into turn based combat with them. Battles are fought in an enclosed circle, and on your turn you can move anywhere you’d like, often with the aim of grouping more than one foe in the area of your chosen ability. Your attacks often cause knockback to your foes, and you’ll soon realise that blasting enemies off one another (and the walls of the arena) is the most effective and satisfying way to take them down. Watching the enemies ricochet haphazardly into each other for massive damage (and hopefully bonus Overkill EXP) never stops being entertaining.

As well as intimidating monsters, each battlefield is packed with small circular nodes called Cursed Bugs. Moving one of your characters over these nodes gives them a buff to a specific stat, and raises their glitch percentage. Once you hit 80% glitch level your afflicted party member morphs into a powerful new form dealing much higher damage and gaining access to an ultimate ability. This system isn’t particularly well explained (although that could be said for the majority of the combat) but with a bit of trial and error you’ll soon realise that at the start of an encounter you should merrily skip around your stationary foes to get buffed up.

Although most enemies can be dispatched with some magic and a bit of bouncing, there is one monster that won’t work on. The streets of Le Choara are home to ghoulish Dark Shadows. Marked by a large skull on your map (so you know it’s serious) if you encounter a Dark Shadow all you can do is run. Whereas contact with most foes takes you into a battle, one touch from a Dark Shadow is an instant Game Over. It’s always tense when you spot one of these sinister creatures, and the panic in the voices of your party and threatening music don’t help that.

The post midnight world of Death End re;Quest 2 is eerie even before you stumble across the instant death horrors. The quaint village of Le Choara is transformed with sinister red lines of runes and code corrupting the architecture. As oddly beautiful as these environments are at first glance, you’ll spend so much time in the same areas that any memories of wonder will soon be lost. There are also some baffling design decisions in the puzzle elements of navigating the village. Mai can hack into mysterious green computers to access cameras that can identify fake walls, but your mini map already shows the paths drawn through the walls. I only used one of these consoles in the whole game because there was never a reason to, and I can’t understand why this is an option.

The only other issue I had during my time with Death End re;Quest 2 was with the difficulty of combat. I often found myself breezing through boss fights after a couple of attacks, whereas I’d need to use all my cunning and abilities to get past the random encounters leading up to it. The difficulty curve would be more accurately described as a roller coaster, with battles rarely matching up to how hard you expect them to be.

Death End re;Quest 2 is as impressive as it is dark and horrific. The story and characters a thoroughly engaging, and the horror elements genuinely unsettling. If you can handle the subject matter, as well some difficulty spikes and environmental issues, you’ll find an extremely compelling and heartbreaking experience.

Death End re;Quest 2 tells an impressively dark story with aplomb, and if you can handle the subject matter and difficulty spikes is a must play.