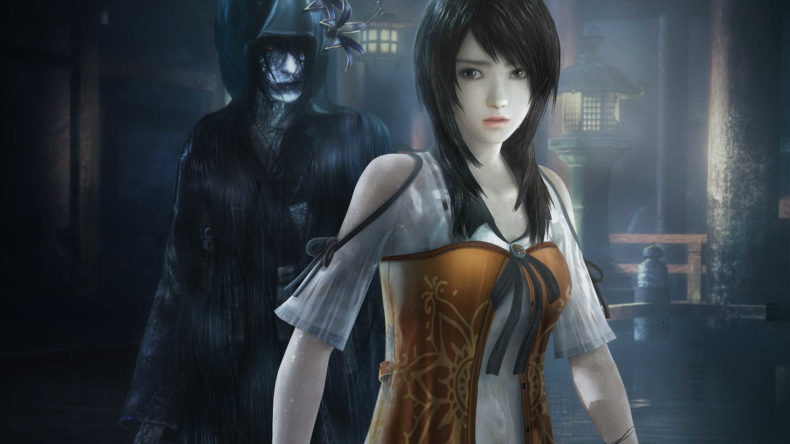 It’s officially the perfect time of the year to release a horror game right now. Halloween is almost upon us, and alongside the pumpkins and confectionery you need something to scare the pants off you. When celebrating all things spooky, there’s nothing I’d rather do than play a scary game in my bedroom with all the lights switched off. Whether it’s after indulging in some Silent Hill or Five Nights at Freddy’s, I want to be nervously looking at every dark corner I pass for the next few days. This year I may have got more than I bargained for though, as Project Zero: Maiden of Black Water has brought spooky ghost photography back from the Wii U.

Dating back centuries, Mt. Hikami has been home to all manner of unorthodox religious practices and beliefs. It is believed there that “humans are born from water, and return to it at the end of their lives” which is all well and good until people start coming to the mountain looking for the right way to end their lives. Our heroes Yuri, Ren and Miu all have their own reasons that bring them to Mt. Hikami, and before long they end up entwined in a mission to save their loved ones and survive the fury of a whole bunch of ghosts. 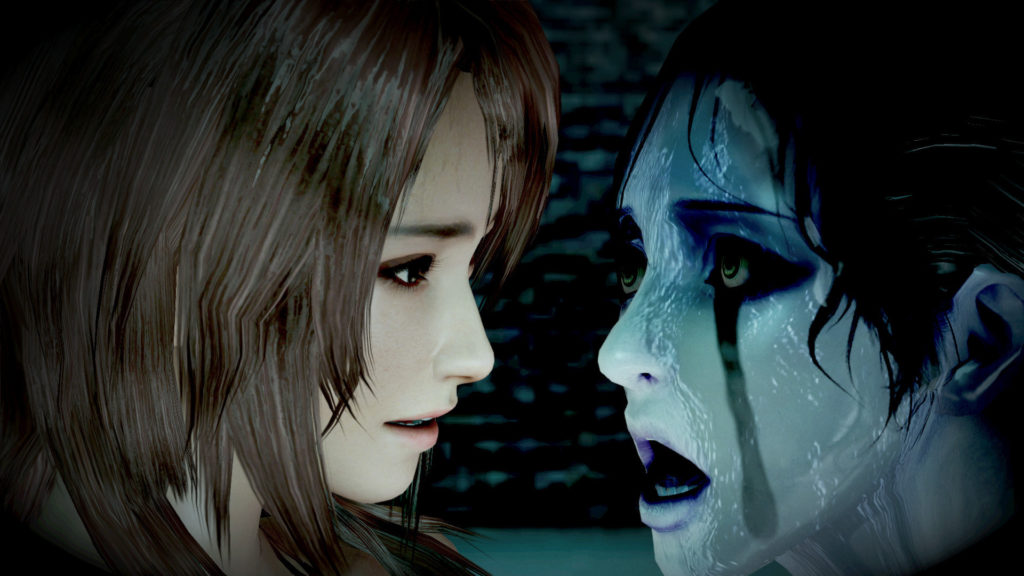 It’s a very traditional Japanese ghost story, with a huge emphasis on religion and rituals that you’ll learn all about as you investigate the mountain. Each of the games’ three characters has an interesting backstory and motivation, ranging from Ren looking for inspiration for his novel to Miu looking for her missing mother (who also happens to be the protagonist of the original Project Zero game). The narrative is consistently compelling, and I found myself reading almost all the notes I found to find out more about the local grizzly customs and deceased locals.

Project Zero: Maiden of Black Water is a refreshingly traditional survival horror game. As one of the fantastic three you’ll be tasked with a specific objective in each of the game’s chapters, which will usually involve you making your way to a specific place while gathering items and avoiding a poltergeist based death. To help guide you to your objective you have the handy power of Shadow Reading, which lets the user see the traces of a person they’re holding a picture of. This essentially just means you get to follow a ghost any time you’re lost, which is incredibly helpful.

To survive on Mt. Hikami you’ll need to be able to deal with the numerous aggressive spirits that call it home. Series fans will be familiar with the Camera Obscura and its ghost busting photography powers. By using this special camera you’ll be able to seal away ghosts by taking enough photos of them, with damage being boosted by including as many targets in the frame as possible. As you take more snaps of a foe they’ll release spirit fragments (creepy floating faces that surround them) and by rotating your camera to include as many as possible you’ll deal extra damage and potentially even stun these nasty spooks. 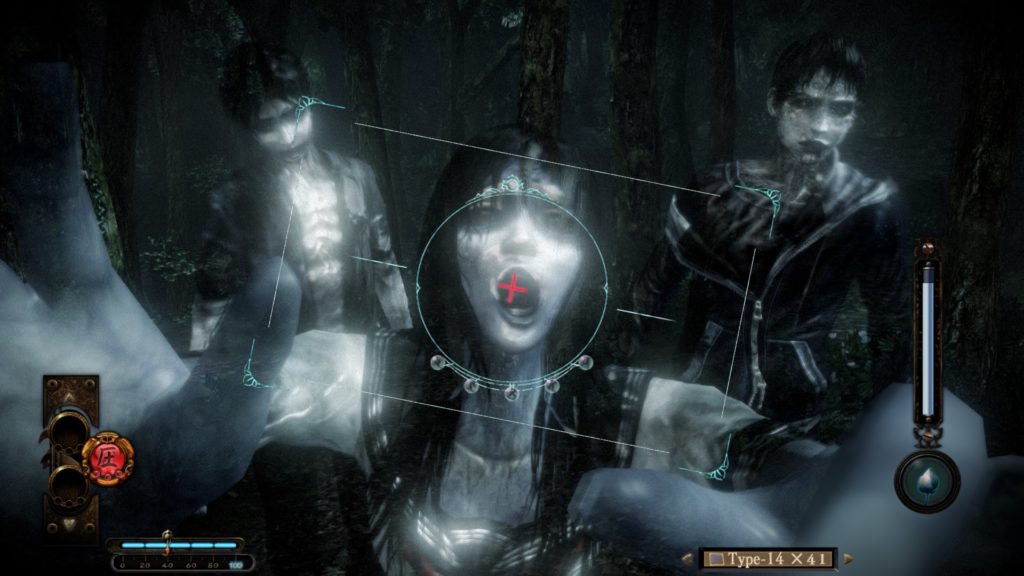 This camera based combat is really satisfying, without compromising the horror of Project Zero. As you use the Camera Obscura successfully you’ll be able to level up it’s snapping ability and even equip new lenses which work as special attacks. There’s an extra damaging lens, a rapid shot lens, and even one that heals you based on how many targets you photograph. You’ll need to power up your abilities as much as possible, because some horrific spectres await you on the mountain.

The Camera Obscura isn’t just useful for fighting the undead, it can also be used to uncover hidden items. This can be as simple as walking up to a door and taking a picture to unlock it, or as complex as having to take photos of specific items in the environment to break a seal on a religious object. It can be quite tricky to find the locations you need to proceed past a seal, so it’s important you really take in the eerie surroundings as you wander through a house full of dolls or an abandoned shrine.

It may seem obvious, but for me one of the crucial elements I look for in a horror game is to actually be scared. Project Zero: Maiden of Black Water very much succeeds in this department, with an overall spooky atmosphere, expertly crafted jump scares and some truly terrifying character designs. Often it’s only really the opening of a horror game that’s particularly unnerving for me, but Project Zero kept those fear levels high throughout. I’d even argue that by far the most spine chilling and scream-inducing (and therefore best) chapter is towards the end of the game, which really impressed me. 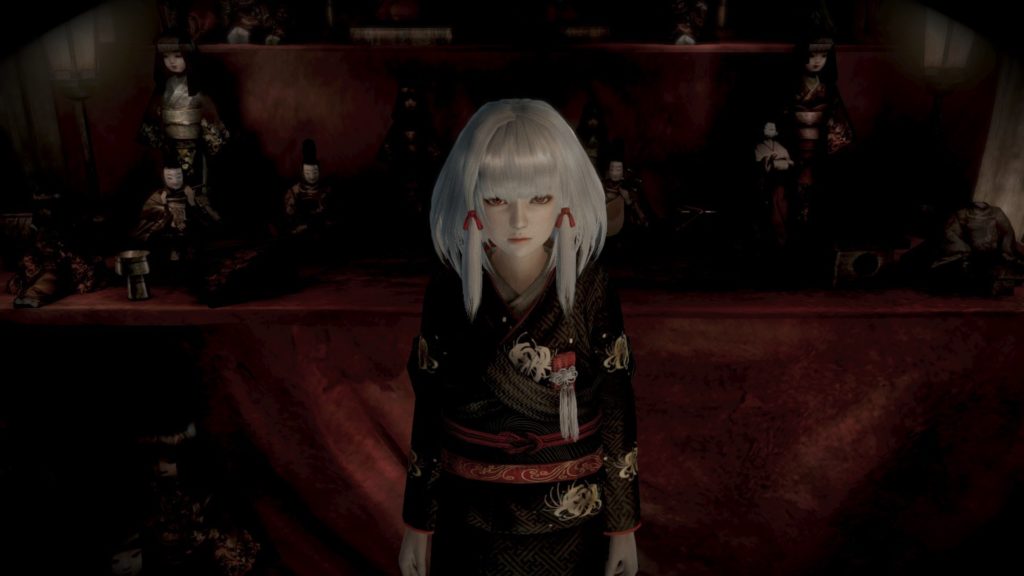 Once you’ve beaten the game you’ll unlock the mandatory harder difficulty mode, as well as a side story featuring Dead or Alive’s Ayane. Without a camera, Ayane must use her stealthy ninja abilities to avoid ghosts. Honestly I didn’t really enjoy this bonus mini campaign much at all, but the main game is long enough for it to be completely unnecessary to play it.

There’s a nice smattering of extra content that’s been added to this version of Project Zero: Maiden of Black Water. Perhaps the most notable of these is the photo mode, which features all the bells and whistles you’d expect as well as the ability to bring forth and position all manner of ghoulies to make the perfect spooky snap. Elsewhere you’ve got a load of new costumes to dress Yuri, Ren and Miu in, ranging from fairly cool to the usual eye-rolling fan service. There’s a graphical upgrade too, although it isn’t really enough to make the game feel like anywhere close to a modern title. 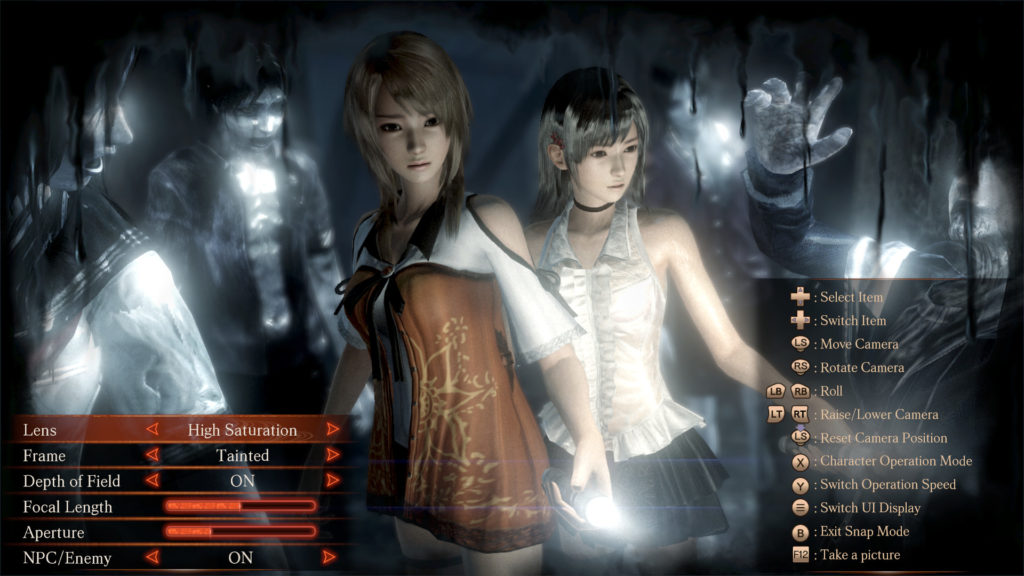 As much as I enjoyed my time on Mt. Hikami, this entry in the Project Zero franchise isn’t without some significant faults. The worst of these is probably how often areas repeat. A lot of the chapters feature you leaving your safe place to climb up the mountain, and pretty much every time that means ducking through that same bit of fence then walking through this maze of a building. It’s really unnecessary and only gets worse as you progress, leading to a painful final few hours. Another issue is how much health the ghosts you encounter have. It isn’t always a huge issue, but when you fight spongy enemy after spongy enemy it can be a bit overwhelming.

Project Zero: Maiden of Black Water is an unnerving treat for any season. The old school horror feel is really refreshing, and using the camera for combat is engaging throughout. It can get a little repetitive and this new version doesn’t really add a great deal, but if you want something to play in the dark then the curious and gruesome tale of Mt. Hikami is well worth experiencing.

Trailer Released for Fatal Frame on Wii U

Opinion: 5 Things I Want to See on Wii U