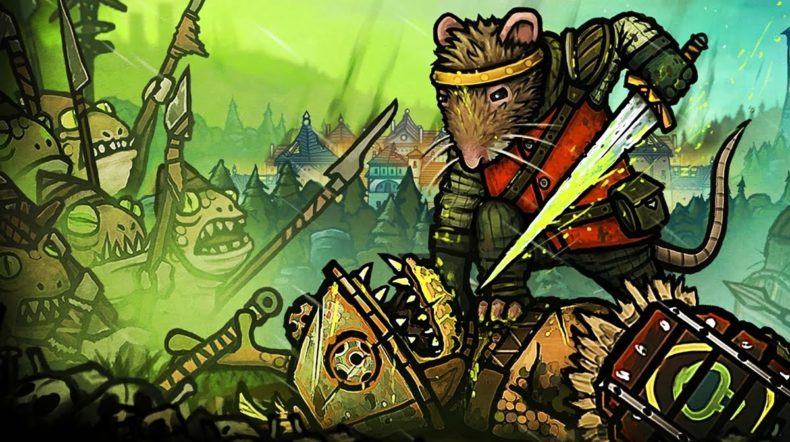 I was rather surprised by Tails of Iron. It takes what fans love from the Souls series and squeezes it in to a hand-drawn world. Not only is the combat simple yet layered, the RPG elements work wonderfully depending on who you’re fighting. I can’t say I was aware of it before playing, but I’m so glad I got a chance to play through Odd Bug Studios’ wonderful little game. To top it off, having Doug Cockle as a narrator (Geralt of Rivia, The Witcher series) makes it even cooler. Guys, you’ve got to play this game.

You play as Redgi, a rat who is the heir to the throne. After your father is brutally murdered by the Frog Clan and your brothers are captured, it’s your goal to rebuild your kingdom and save those you hold dear. The art-style is gorgeous. It manages to look both dingy and dark, as well as charming and colourful. I was instantly invested and taken in by the journey Redgi embarks on. From the moment it all kicks off, you’ll fight plenty of different creatures that all require a varied approach.

CHECK THIS OUT: Deep Rock Galactic “Seasons” are here with a massive update | Hands-on preview

Tails of Iron can be brutal. Enemies are devious and strong. They all have attack patterns, strengths, and weaknesses. You attack with the right trigger, can block, parry, and use a bow and arrow by switching on the fly. Throughout your adventure, new weapons and armour can be found. It isn’t just the savage frogs you’ll be up against either. Lizards, moles, and mosquitoes are just some of the dangers facing you. Certain armour gives better protection against one type, and weapons can be better used depending on the range of the enemy’s attack. 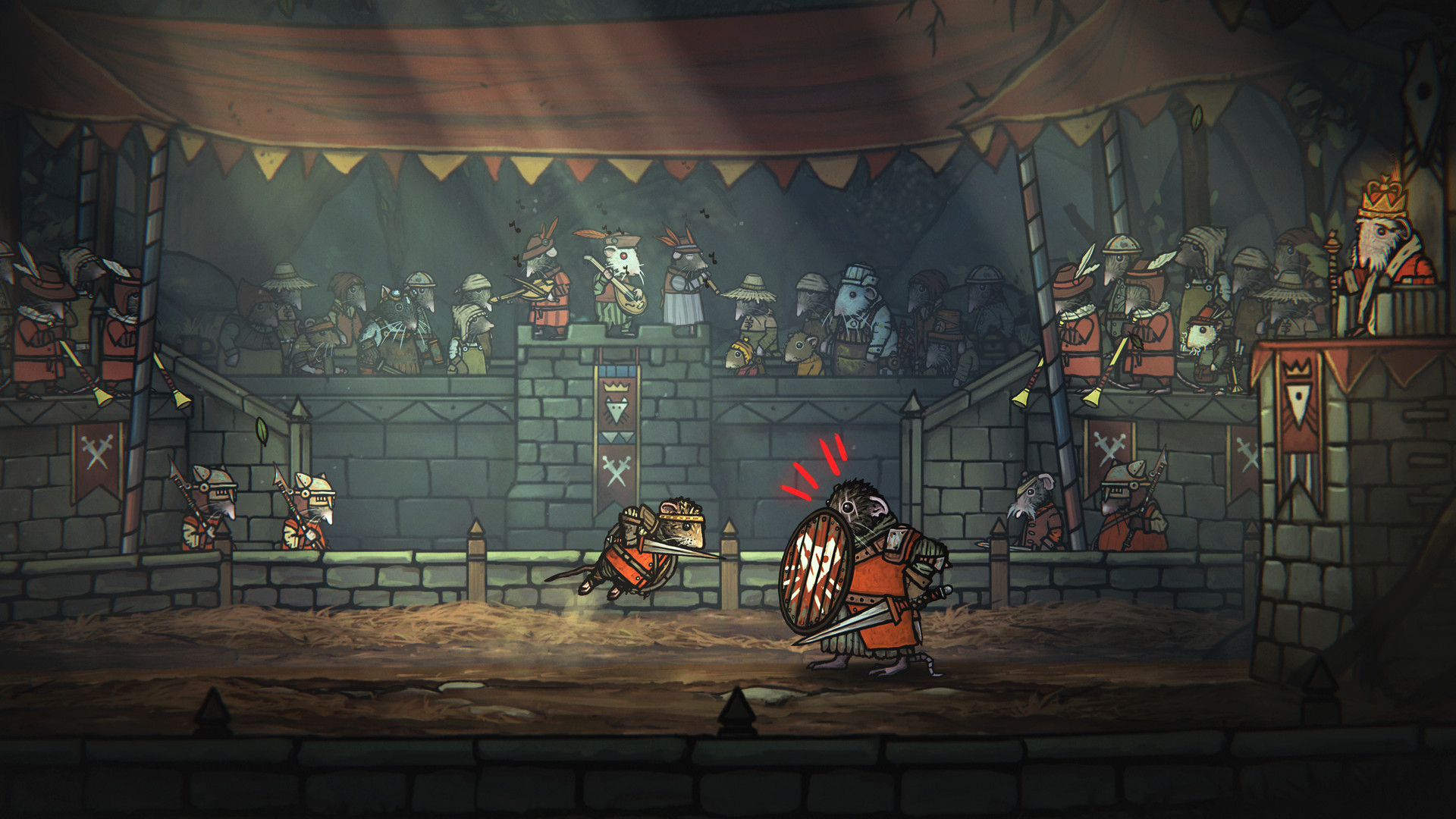 Whatever set up you use, each foe has icons appear above them that give an indication of their attack. Yellow wavy lines indicate blocking and parrying; a red circle means you need to move to avoid a lethal attack; and red wavy lines suggest you need to dodge then sneak a strike of your weapon. Sometimes multiple enemies will fill the screen. It can be tough trying to dispatch them all, but like all great Souls-like games, your patience and skill is rewarded. Tails of Iron is no different. Odd Bug Studios has crafted a rewarding combat system which gives you that euphoric buzz upon defeating particularly tough bad guys.

Some bosses will break your spirit. You will struggle a fair amount, however, as long as you study attack patterns and use the right tools for the job, you’ll be OK. You can bring blueprints to your brother and he’ll craft some new gear for you. Your other brother is a chef and he’ll make meals for you to provide certain health buffs. Tails of Iron focuses on how the player makes use of the variety in their arsenal. Every fight requires a different approach. As long as you’re happy to experiment and take the time to understand the different enemies, you’ll get a lot out of it. 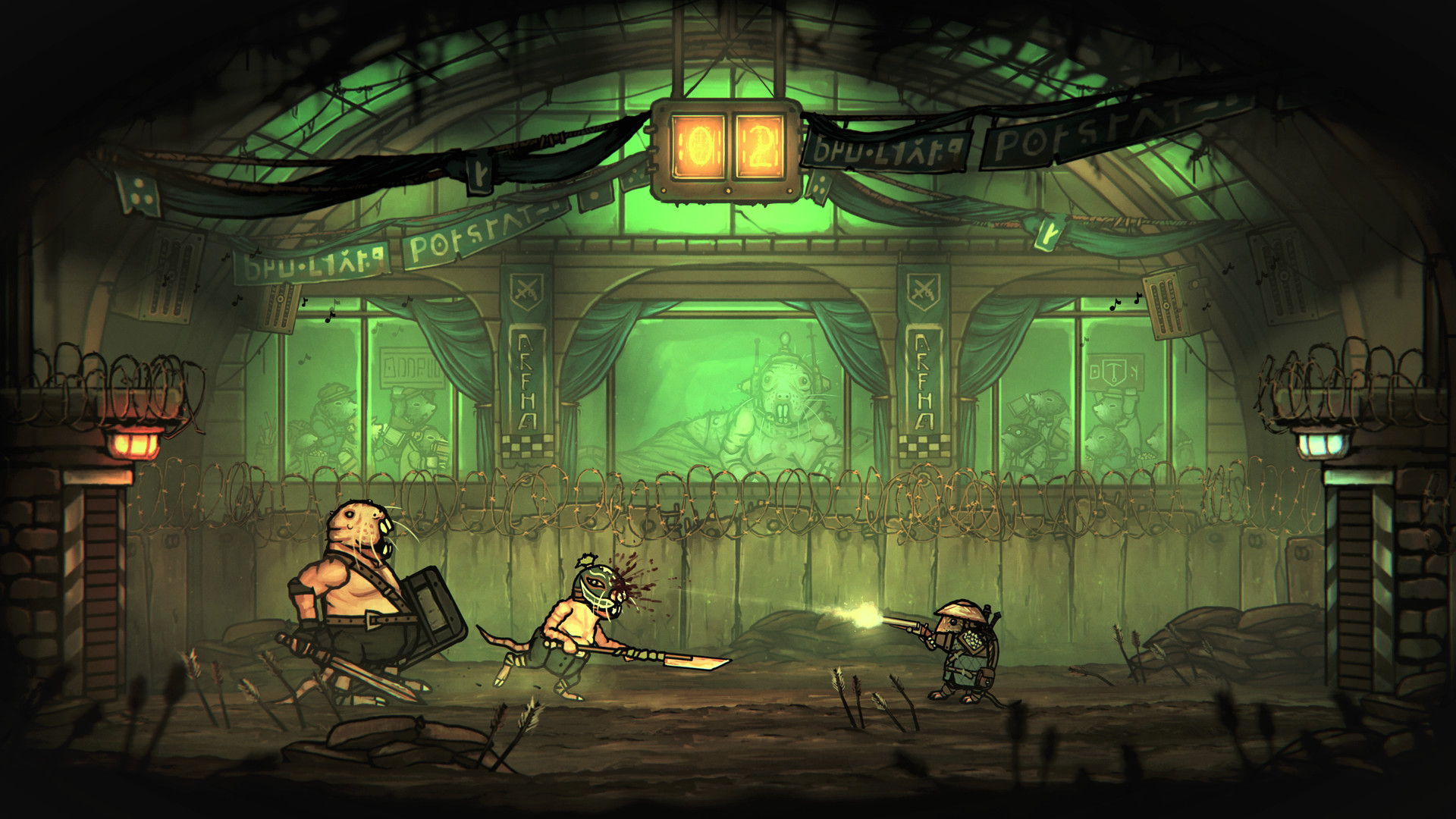 Redgi has a flask that can be refilled with bug juice to heal, much like the Estus Flask. There’re multiple checkpoints littered throughout the medieval fantasy setting, giving you many opportunities to save your progress. As much as I loved Tails of Iron, there’s little variety in the side quests. More often than not, they ask you to clear out enemies from a particular area, or generally just fight someone. Due to my love of the combat system, I didn’t mind too much. Some might find them repetitive, though. Whatever you think, Odd Bug Studios has absolutely nailed the gameplay. I thoroughly enjoyed every minute of my time with Tails of Iron.

CHECK THIS OUT: Want to keep everyone alive in House of Ashes? We’ve got you covered with this guide

Tails of Iron: A beautiful world

The worldbuilding in Tails of Iron is done mainly through Doug Cockle’s narration. None of the characters speak. Instead, speech bubbles pop up with a few drawings to indicate their thoughts and feelings. Cockle does a wonderful job of helping the story move along. While their isn’t much of a connection between player and characters, Cockle’s gruff charm builds the narrative and grips you to the overarching story. I’ve said it before, but the environments are beautiful. I’m a sucker for a hand-drawn world. There’s so much detail in the backgrounds, and I spent a lot of time taking it all in regardless of where I was heading.

Tails of Iron is a special little game. It takes a simple approach to combat and finds a way to make every fight a tense encounter of risk and reward. The hand-drawn art style drew me right in, and the variety in gear and the need to constantly experiment against different enemy types had me hooked throughout. It’s Souls-like inspirations are felt around every corner, but it is very much its own thing. Some encounters will make you red in the face, but the satisfaction in victory is a drug you can’t get enough of.

Some quests are repetitive

Tails of Iron is a charming and often brutal Souls-like adventure, with some wonderful combat mechanics and a gorgeous hand-drawn world.