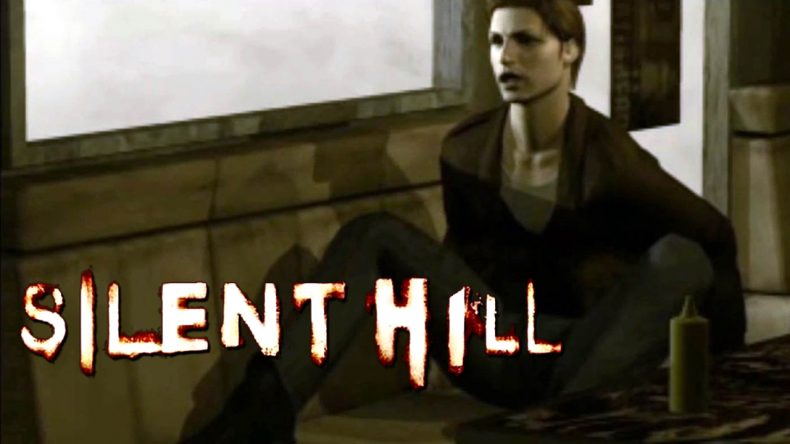 The PlayStation was truly the birthplace of the survival horror genre. Resident Evil coined the term, but in reality it spawned an entire genre of games that placed item management just as highly as its scares. Although many tried, Silent Hill was the first game to really compete with Capcom’s horror series at the time, but in doing so it actually carved out an entirely different corner of the market.

Sure, there were “Silent Hill vs. Resident Evil” articles everywhere you looked, back in 1999, but I honestly don’t believe you can really compare the two series directly. Resident Evil was more physical horror, with its zombies and scientifically-engineered beasties, while Silent Hill was much more psychological, with most of its nasties being based on manifestations of inner demons, just for that added sense of terror. After all, what’s worse than your own fears?

But this is not about the similarities/differences between these two giants of the gaming world, it’s all about Konami’s 1999 release of Silent Hill. That is, astonishingly, twenty years ago. The survival horror genre has grown and changed dramatically since then, but almost every single horror game released in that time owes Silent Hill a debt of gratitude. Even now, after the unfortunate cancellation of Silent Hills and, it seems, the devastating loss of the series as a whole, games are using the PT template to create their own atmospheric horror titles. Some are even using PT as a marketing tool, attempting to fill the void left by Silent Hills’ untimely death, billing their games as “spiritual successors” and whatnot. It speaks to how influential the Silent Hill series still is, and all of that stems from that fateful car crash in 1999.

No, I’m not saying that Silent Hill was a car crash, I’m being more literal with the term. The game begins with a car crash. Harry Mason is taking his daughter Cheryl to Silent Hill, when the figure of a young girl emerges from the fog, causing him to swerve and ultimately crash his car in the town. Discovering his daughter missing upon waking, Harry sets off on his quest in the perpetually foggy holiday destination. We don’t question why people choose this place for their holidays; it’s easier not to think about it. After the crash, things get very intense, very quickly. I have vivid memories of playing the opening via the demo included with Metal Gear Solid, the images staying with me all these years. That alleyway, as you follow the silhouette of a young girl through the town. The way the camera changes from the standard third-person, behind-the-player view, to fixed placements that tilt the scenes for effect. The whole alleyway sequence is iconic, as the darkness descends and Akira Yamaoka’s distinct, industrial soundtrack begins thrashing and banging dramatically while the imagery becomes more disturbing. But man, those skinless, knife-wielding children were fucking terrifying. That said, if you only played the eventual UK release of the full game, those creatures were actually replaced with little clawed monstrosities. They weren’t quite as affecting, but given the reason for the change (I won’t go into it here as it’s unpleasant, though you may already know the reason) I don’t blame Konami for making it.

I remember playing the original game via a US disc, with myself and a school friend going through the game together, passing the controller off at regular intervals. We helped one another with puzzles, but I remain proud today that I was the one to crack the piano puzzle. Despite being in the middle of a nightmare school, I couldn’t have been more pleased with myself when I worked that one out. I also remember the moment when we had to go into the basement and neither one of us wanted to do it, and the eventual embarrassment when the initial trip down into the darkness was uneventful.

Silent Hill did horror very differently from anything else at the time, and part of that was down to its use of darkness and light. Given that it was released during a period when 3D graphics were still in the relatively early days, it was astonishing to see such an incredible use of lighting effects in gaming. The way the darkness felt so claustrophobic, restricting your view to the tiniest arc of your torch, combined perfectly with the radio static that would shriek and hiss whenever danger lurked nearby. Perhaps just as impressive, was how that feeling of claustrophobic terror translated just as well to the daylight portions of the game. This was down to the unnatural fog that blanketed the entire town, and although it is said that the darkness and fog were used to hide the limitations of the hardware, nobody cared, because it worked incredibly well and even became synonymous with the series as a whole. Who hasn’t made the Silent Hill joke at one point or another, when it has been foggy outside? The thing is, if hardware limitations were the reason for these design choices, that makes it all the more impressive when you finally see the transition into the nightmarish realm that has appeared throughout the game. The blaring of the air raid siren signals the change, and you see the fog of the town replaced by darkness, the buildings and roads twisting into rusted metal grating. It was a sight to behold back then, and although technically it looks poor now, the art direction is still top notch and you have to admire just what Team Silent managed to accomplish using the limited technology available in the original PlayStation.

It wasn’t just the art direction that made Silent Hill so successful, either. Without Akira Yamaoka’s stunning sound design, the atmosphere just wouldn’t be the same. The industrial score sounded like nothing else at the time, and it would always set your heart rate through the roof when you heard the metallic screeching and the clanging of metal-on-metal, even more so when accompanied by radio static. But, and this is something that stuck with me from watching a behind-the-scenes documentary on Silent Hill 2, Akira Yamaoka knew that silence can be just as important and affecting as any music. This was just as true in the original game, especially when you’re wandering through the darkness and your only company is the sound of your own footsteps. And let’s be honest, anybody that played Silent Hill will also instantly recognise its haunting theme tune. The music in general is iconic, to the point that Yamaoka’s score was even used in Christophe Gans’ 2006 movie adaptation. Although the movie wasn’t entirely faithful to the games, nor was it exactly a stunning watch, it still remains one of the better game-to-movie adaptations. A lot of this was down to its use of the original game’s camera tricks, again showing how well made the 1999 game was. I mentioned earlier about that alleyway at the beginning and the way it skewed the camera angles in order to create an uneasy sensation, as well as to put across a feeling that something otherworldly and disturbing was happening, and that translated to other parts of the game. Silent Hill’s greatest strength is subtlety, because it uses so many little tricks in its atmospheric cues that you may not even explicitly notice, even as they’re affecting you. As I’m talking about camera angles, one of these little tricks is when you use the “look” button to fixate on creatures, and the camera will often tilt slightly. It’s such a small thing, but it messes with your perception just enough to make you feel uneasy.

Silent Hill remains one of the few horror games that has genuinely affected me, and that is down to one very specific scene, late in the game. I’m about to spoil something here, so please stop reading if you haven’t yet played the game and plan to do so in the future.

When you reach the strange place called Nowhere, you encounter Lisa one more time, after initially meeting her quite early on in the game. She has come to a horrifying realisation however, concluding that she is no different to the rest of the nightmarish creations of the town itself. The game cuts to a pre-rendered scene, with poor Lisa stumbling towards Harry, blood trickling from her nose. Blood begins to drip from various parts of her face and head, eventually pouring down her face as Harry flees the room. It’s such an effective, disturbing scene and it still sticks with me to this day. She seems so lost, so helpless as it all happens suddenly. It’s a triumph of direction and animation, as is the game as a whole. As you may know, I love a good horror game, and Silent Hill is one of the reasons why I love them. From the unique idea of a town that twists itself from the imagination and personality of the protagonist, to the horrifying creatures roaming the streets, and the doomed characters that are dragged along for the nightmare ride, everything just… works. Very few games have been able to match Silent Hill’s quality, even later games in the series have struggled, and that is why it stands as an all-time classic.

Perhaps it’s time Konami went back to this masterpiece, to work out how to revive the seemingly dead franchise…