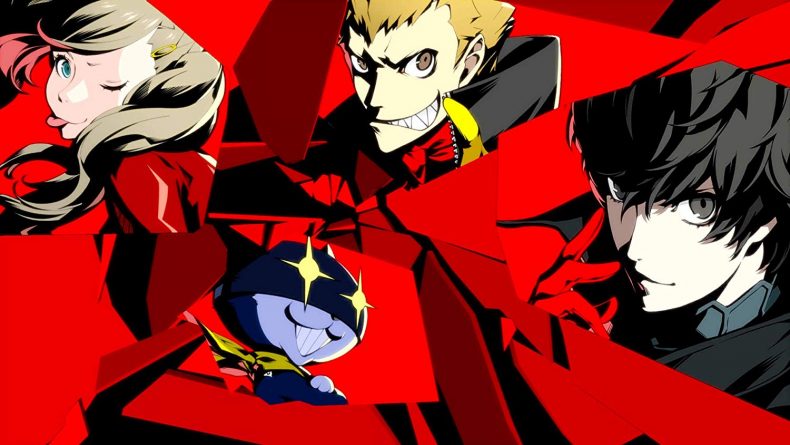 Atlus have set our hearts aflutter with excellent re-releases of their storied, magnificent Persona role-players before. The slept-on PS Vita was home to the veritable time sinkhole that was Persona 4 Golden – and while that was unquestionably one of the best titles of the generation – it added relatively little to the original game when compared to what we have going on here. Simply put, Persona 5 Royal is a staggeringly generous update to what was already an amazing game.

For the naysayers who may argue that this could be presented as a DLC download, the fact is the new additions are so clever and weighty that they not only improve on the source material, but change the very fabric of the game to present a fresh challenge even if you have already thrown several whole days of your existence into the original Persona 5 that we awarded the highest accolade to back in 2017. The obvious place to begin is with the inclusion of a brand new character joining the Phantom Thieves, the winsome gang that forms the heart and soul of P5. Kasumi is introduced in the brand new opening movie, and in a do-over of the casino scene that acts as the prologue. With her own story, unique personality and combat style, the newcomer fits seamlessly into the mix. Perfectly balancing the struggles of being a teenager with the ability to vicariously take down corrupt and immoral authority figures, and battle all manner of Shadow horrors in the Metaverse, the Phantom Thieves already had a hell of job to do and a huge world to explore. Royal expands upon almost every aspect of your in-game life, both in the Metaverse and in the superbly stylised approximation of Tokyo.

Kichijoji is a brand-new area to explore, and is absolutely enormous, teeming with shops and interesting places to visit. You can increase various stats by playing billiards, drinking cocktails in a jazz bar, visiting an aquarium, meditating, or even channeling your inner Bobby George with a game of darts, thanks to an in-game recreation of a real-life DARTSLIVE3 machine. As well as the fun of throwing a set of arrows, this also boosts your Baton Pass rank, the ability to pass your turn in battle to a pal, gifting them a stat boost. Accessible from the pause menu, The Thieves Den serves as a huge in-game gallery where you can purchase unlockable music, cutscenes and artwork with P coins earned on your travels, or by playing the excellent new Tycoon card game against AI. School life is expanded with a brand new, and it must be said quite unsettling, semester and accompanying Palace to play through. This so called Third Semester has huge potential implications on the final outcome of your game – presenting two brand-new potential endings. There are new Confidants including creepy puppet child Jose. Seek out new hidden items in Mementos – the sprawling area you can visit in your spare time – and you can obtain items or buffs that enhance the rate of item, XP and cash rewards on your runs through that dungeon. Speaking of spare time, the calendar now gives you plenty more of that – meaning you can spend more time with your Confidants or exploring, thanks to Morgana not ordering you to get some shut-eye as often. The new areas and semester mean that you have an absolute tonne of new side-quests and people to meet, with more opportunity to do so.

Combat has been given noticeable tweaks, including new “Showtime” super-moves, the aforementioned Baton Pass boosts, and the way ammunition restocks after battle. Balancing has also taken place to a number of Shadows and Personas, although this isn’t necessarily noticeable to the untrained eye. What is very much noticeable is the graphical and stylistic flair. Already a beautiful looking beast, even in its PS3 state, Royal looks and sounds incredible and offers 4K enhancements for PS4 Pro owners. Everything about the art style is astonishing, from the arcane, fever dream nightmares that are the Palaces and the enemies within, to the haunting, faceless NPCS that line the streets of Tokyo. Palaces have been overhauled, and whilst the layouts remain faithful to the original release, you now have the ability to use a grappling hook to access new areas, which contain new enemies and a plethora of new weapons and items. The hook can also be used to sneak up on unsuspecting enemies and launch a pre-emptive attack. There are new bosses to encounter, and random encounters with brand new, highly powered Shadows. There are many new Personas, including some that were only available previously via the Fusion mechanic. You can encounter these in both Mementos and in Palaces. Pre-existing boss battles have also been changed quite significantly. The opening Palace in the game concludes with a battle against a sinister and abusive member of faculty staff, but in Royal form, the fight is given an additional, disturbing emotional heft with the way ghostly Metaverse versions of the kids he has wronged are dragged in to assist their abuser. This was an unexpected, incredible twist and gives the player a sense of real emotional investment in helping the Thieves “Change The World”.

The amount of depth to Persona 5 was almost overwhelming to begin with, but the level of content here sends it beyond anything that could have been accomplished with mere DLC. If you are thinking of delving into the Persona universe for the first time, then I envy you, but please be prepared to allow plenty of space in your own diary as you get sucked in by its story, superior turn based combat and wildly addictive social bonds. For those that have already enjoyed the original game, this is a fan’s dream, with everything you could have wished for and more, with nearly every aspect improved upon. It fully justifies its positioning as a standalone release, and will have you fiending for the limited edition PS4 console on sale in Japan, and the sure to be scarce Phantom Thieves edition, which includes a Joker mask and a beautiful art book. This is a spellbinding videogame, and one that deserves to be spoken about in reverential terms for many years to come.

Could be overwhelming for some

For those that have already enjoyed the original game, this is a fan’s dream, with everything you could wish for and more, with nearly every aspect improved upon. A spellbinding videogame, and one that deserves to be spoken about in reverential terms for many years to come.