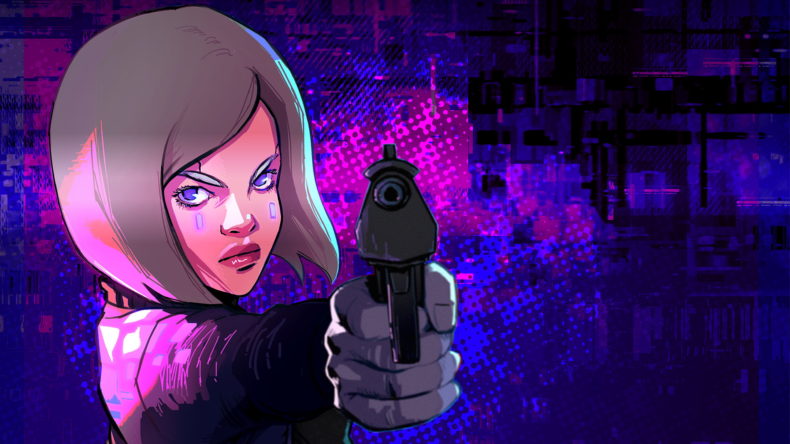 Recently I’ve played some pretty interesting first-person action games. BPM: Bullets Per Minute mixed blasting with rhythm; Ghostrunner swapped gun for katana, and cover for momentum; and SuperHOT: Mind Control Delete took precision gunfights to another level. So when I saw the trailer for Severed Steel, a game from Greylock Studio that essentially cherry picks elements from all three and more besides, I was intrigued.

Upon first launching into it, though, I was decidedly nonplussed for a good half hour. I couldn’t hit anything I aimed for, I died a lot, and the aesthetic felt a little dry and barren. Fast forward roughly 30 minutes and I couldn’t have told you what the hell had been wrong with me at first. I was approaching Severed Steel like it was a clone of Ghostrunner or SuperHOT and it’s neither. Yes, it requires a lot of momentum, and it flashes instructions up on the screen with the air of someone yelling at a foreign waiter in English, but it’s very much its own thing.

CHECK IT OUT: The Call of Duty: Vanguard Beta offers atmospheric thrills but takes few risks 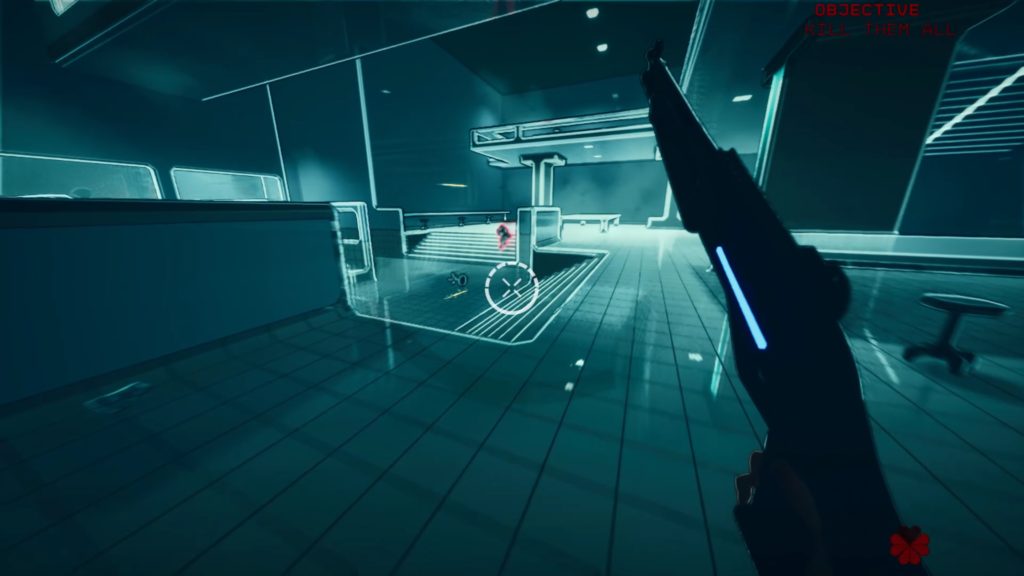 Your mysterious, one-armed protagonist is a badass of the highest order. I gave up trying to work out exactly what she was trying to achieve and just settled for “vengeance of some sort”. And possibly some aspirin to counteract the relentlessly aggressive soundtrack. You’re given instructions at the start of each bite-sized stage such as “KILL THEM ALL” and “POWER UP THE FAN”, and once your objective is complete you’ll be smacked in the face with “GET OUT”, and off you go. It doesn’t go all meta and existentialist like SuperHOT. Severed Steel just wants you out of one room and into another as quickly as possible.

It peppers these rooms with rather adorable heavily-armed killing machines who frankly don’t stand a chance against you once you’ve got the rhythm locked down and you’ve stopped sliding yourself off ledges. The game doesn’t even pretend they’re a credible threat, as they audibly shit bricks as you go barrelling at them like a big gun made out of other guns. If you’re unarmed you’ll scoop up the first firearm you get close to. When it’s empty you’ll yeet it directly at the nearest forehead before grabbing another.

You can double-jump, wall-run, slide and dive, all of which are classed as “stunts”. And when performing stunts you cannot be harmed, so the trick is to chain as many as possible. You should always be stunting, which combines with the bullet time to make you feel like an unstoppable badass. On lower difficulties, the bullet time is infinite and makes each stage a bit of a cakewalk. Higher difficulties limit your resources and increase enemy damage. Even if you fail, each level is so small and compact that you won’t feel frustrated. 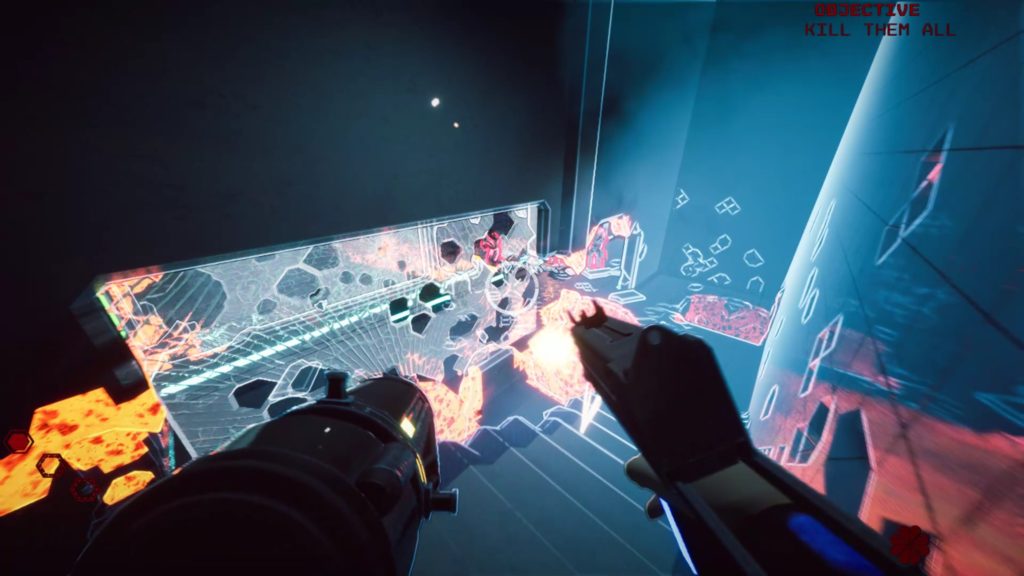 There are a few stand-out moments. One of my favourites was fighting through a pair of side-by-side speeding trains, hopping from one to the other to stay alive. The aesthetic, though, is not going to appeal to everyone. It’s all bright neon lights against dark backdrops, and rooms often don’t feel like rooms in a real place. They feel like mini arenas to shoot people in while running on the walls. As a result it’s difficult to feel grounded in the world or invested in what passes for a story. Instead, you’ll just follow those instructions and keep on blastin’ and laughin’. Objectives usually involve blowing things up, either with the tools provided or the cannon grafted onto your left arm that can melt holes in the walls. Severed Steel is not a subtle game, and I’m here for it.

CHECK IT OUT: Astria Ascending has everything a classic RPG needs to be a huge success

If you’re so inclined you can have a crack at the level editor, which functions well enough thanks to that low-rent voxel art style. Being about as artistically minded as a first year art college student I didn’t dabble much with the editor. As usual, though, the potential is there for some incredible community-made designs. It’s straightforward enough to use, and if you happen to get bored with the running and gunning of the campaign, you can create your own levels for a bit of variety. 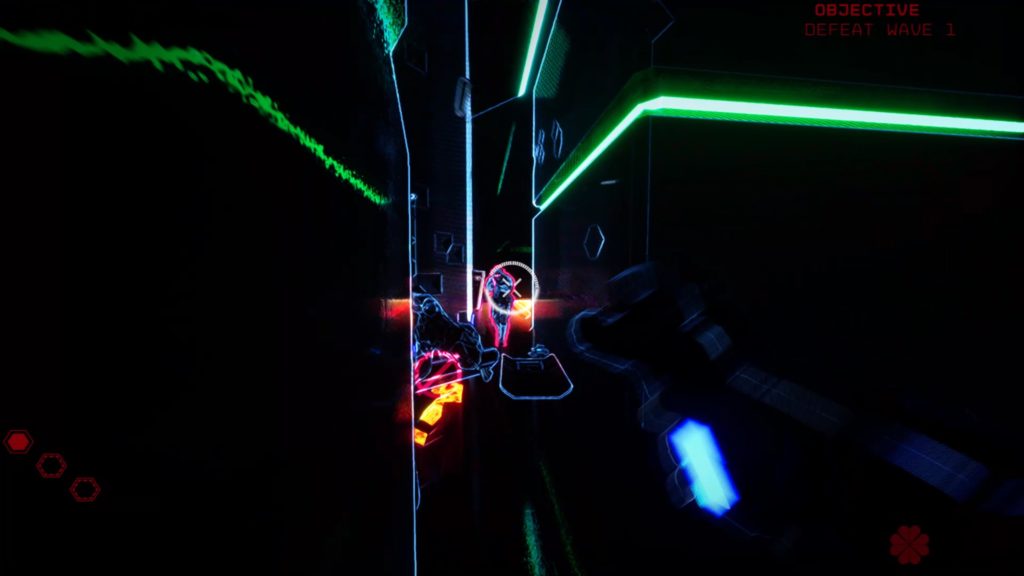 It’s not all gravy, though. For a game about throwing yourself around the environment, Severed Steel is a little lacking in its sense of weight. Different surface offer the same traction, and there’s little real heft to your movements. The double jump feels like you’re bobbing on some kind of updraught, and the dive looks and feels no different to the slide. It doesn’t exactly ruin the fun, of course, but the sense of weight is conspicuous by its absence.

With destructible environments (you can blow holes in almost everything), frenetic action, over-the-top physics and a soundtrack that rarely takes a breather, Severed Steel is an enjoyable, cathartic experience sure to appeal to any fans of frantic, brutal first-person adventures.

With destructible environments (you can blow holes in almost everything), frenetic action, over-the-top physics and a soundtrack that rarely takes a breather, Severed Steel is an enjoyable, cathartic experience.