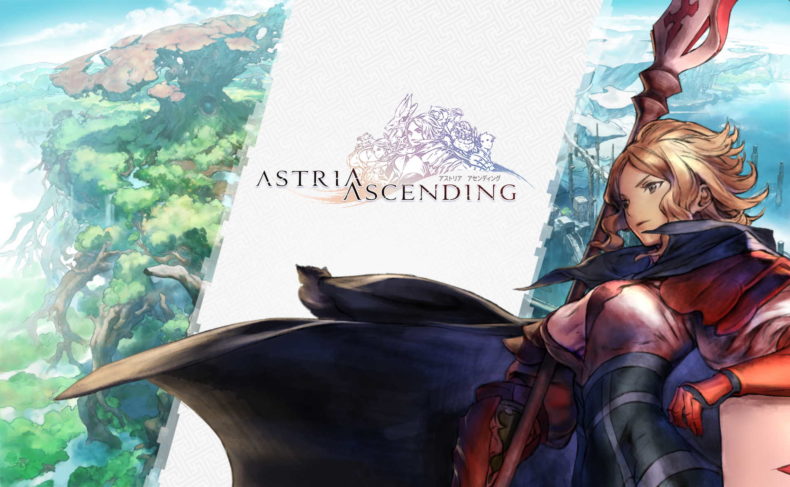 When you’re going to be putting 20 hours or more into a game, you want to know it’ll be a good time. There are plenty of chunky RPGs that you could be playing, and time is such a valuable resource. When a new turn based title comes along from a developer you aren’t familiar with, it can be such a gamble of your time. Astria Ascending isn’t much of a known quantity right now, but based on what I’ve played for this preview it could be worth some of your precious hours.

In the world of Orcanon, Demi Gods are beings with great power who help and are worshiped by citizens. Being a Demi God isn’t all fun and games though, because their incredible powers come at a price – a very short lifespan. The fated eight (your party) are a group of these heroic humanoids, with only three months left before they pass away. With a huge threat to the world and the lives of its citizens soon discovered, it’s up to your team to save the day while they still have time to do so.

Astria Ascending gets you into battle quick

In your quest to keep the world safe, it won’t be long before you’re flung into your first battle. The turn based combat is fairly standard at first, with a team of four of your godly team taking turns to attack, cast magic or use different skills. From the jump you can choose any of your allies to fight with you, so if you want to stack the team with mages or go all in on physical power you can. Party members can be switched out mid fight too, so you can take advantage of any weaknesses those pesky noises have. 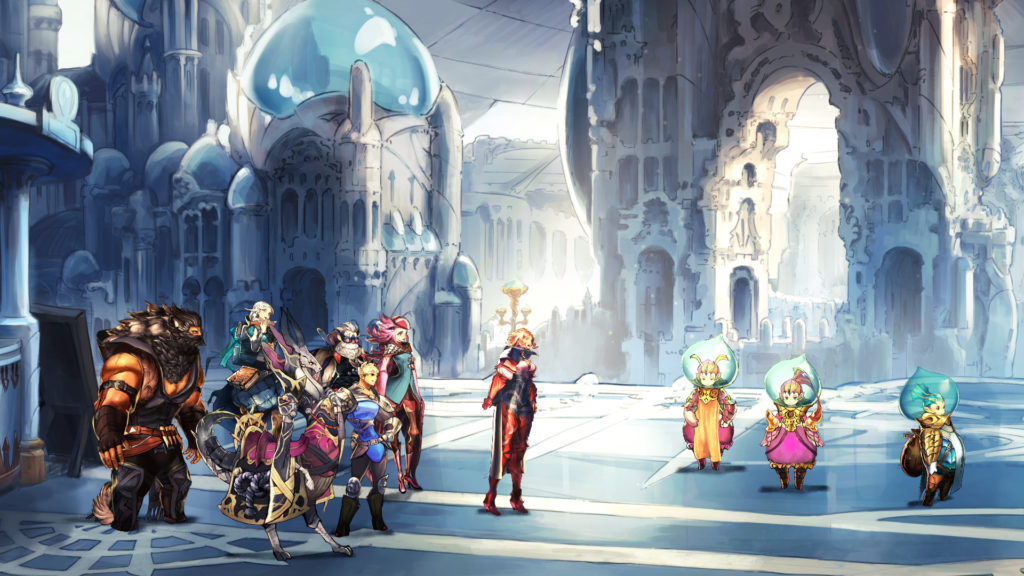 The most interesting aspect of the combat comes from the focus system. Whenever you hit the weak point of an enemy you’ll be given some focus points, which you can use to boost the power of any of your abilities. Gathering these up and boosting your attack to 200% will deal a hefty amount of damage, which you’ll need against some of the tricky boss fights you’ll encounter. It’s not always this simple though, and if you’re not careful and an enemy resists your attack you’ll lose those precious focus points.

Beat enough enemies and you’ll unlock points to use in the Ascension tree. This sprawling skill tree (think the Final Fantasy X Sphere Grid) is packed full of stat boosts and new abilities just waiting to make your party tougher. Alongside this, there are also slots to equip up to 4 jobs on each character, so I’d expect the game to get significantly more complex as you make it further through the adventure. 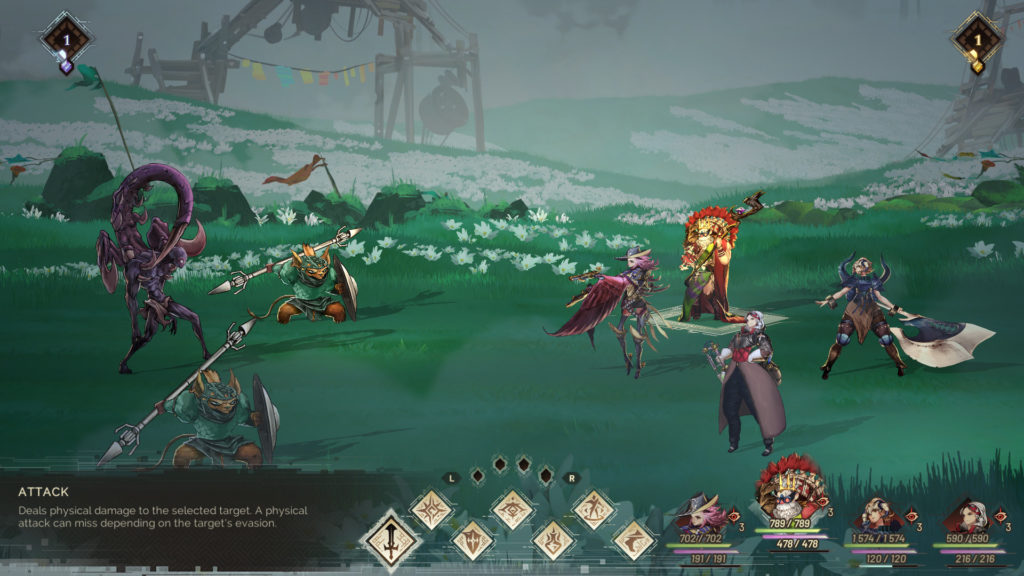 Outside of the combat you’ll be wandering around the gorgeous 2d world of Astria Ascending, shopping in a bustling metropolis and exploring dank dungeons. In the preview I was sent exploring a huge sewer environment, complete with a puzzle involving activating paintings in the right order. As you progress you’ll unlock different abilities to use in the overworld on your Zodiac Ring, starting with a bolt to hit switches from afar.

If there’s one thing that elevates a good RPG into a great one, it’s a collectible card mini game. J Ster is played with tokens you can collect from enemies or win off other players, and involves lining up numbers on your tokens to beat your opponent’s monsters. It feels very Triple Triad, and is the sort of side activity I can see myself playing for hours at a time. There’s even a character that can transform weak enemies into tokens in combat, and you’d better believe he’ll never be leaving my party in the full game. 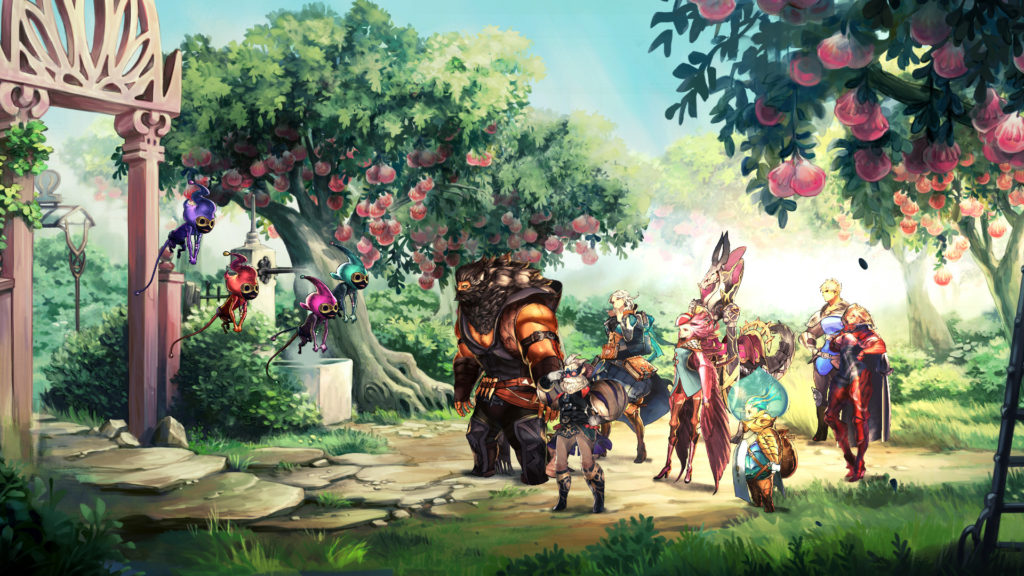 Maybe my favourite thing about Astria Ascending is just how beautiful and interesting the world is. The environments are simply jaw dropping, the characters are reminiscent of Dragon’s Crown, and the different races and lore of the world are genuinely intriguing. Your party itself features a bunch of races, including a Peyska (which is a short mermaid type species that lives in a bubble suit) and a horse-like Zeft. I’m really looking forward to getting to know more about the party when the game comes out later this month.

Astria Ascending has everything a classic RPG needs to be a huge success. The combat is familiar with a few twists, the world is just gorgeous, and it even has an optional tile mini game. It’s hard to say how the progression of your team will feel as you get further into the game, but from what I’ve played it seems like there are some interesting plans later on. As if there weren’t enough games to play this month, now we need to make time for Astria Ascending.

Astria Ascending is out on September 30th for PC, Nintendo Switch, Xbox One, Xbox Series X|S (in Game Pass), PlayStation 4, and PlayStation 5.