previous
Dragon Quest XI: Echoes of An Elusive Age's Symphonic Suite is getting a vinyl release in Japan, releases March 2019
random
next
Limited Run Games announces a Celeste Limited Collector's Edition for PS4 and Switch including a SteelBook, Soundtrack, and more
0 comments 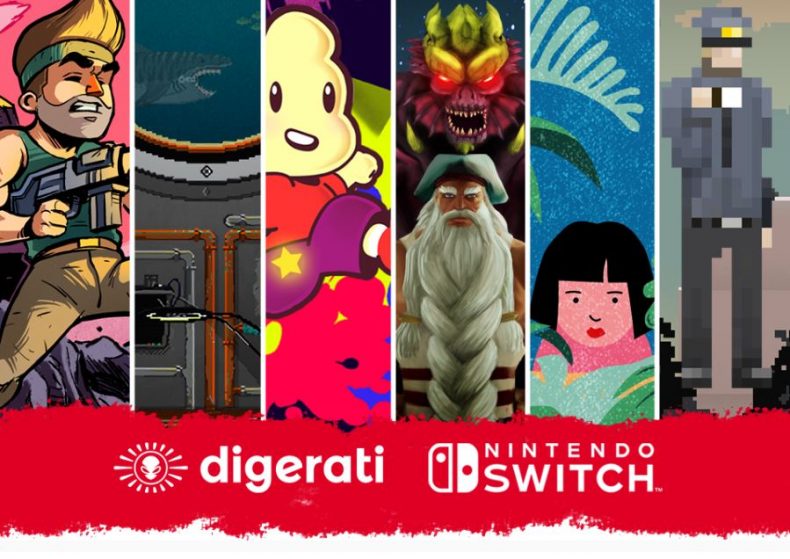 Publisher Digerati is bolstering its indie credentials by releasing 6 titles on the Nintendo Switch eShop, all of which are available from today. Most of the titles will also launch with a discount as well, with as much as 66% off the full price, so you can be sure to nab yourself a brand new bargain.

Official details from all of the games are below:

The hunt is on! Get ready to battle colossal space monsters in Blacksea Odyssey, a savage, top-down rogue-lite shoot ‘em up RPG. The greatest huntsmen in the universe have gathered for the Blacksea Odyssey – a legendary tournament that plunges competitors deep into the cosmic abyss on a deadly hunt for the most fearsome creatures that dwell within the void.

Pipe Push Paradise is a challenging, plumbing-based puzzle game. You’ve arrived on a lonely island faced with a hero’s calling. Rise to the occasion (push pipes around) and restore this paradise to its former glory.

Omega Strike is a Metroidvania game with a huge, open-ended world and multiple playable characters. As Doctor Omega and his mutant armies march toward world domination, only a few brave freedom fighters stand in his way.

Enjoy two indie favourites from Digerati! This bundle contains INK, a fast-paced platformer with invisible levels that must be revealed by splattering them with brightly colored paint, and HackyZack, which tasks you with juggling balls, bouncing off walls and avoiding fatal falls as you try to make it through more than 100 levels of precision puzzle-platforming.

Welcome to Uncanny Valley – an unsettling story-driven survival horror where nothing is as it seems. Explore an isolated facility and solve its many mysteries, but be warned: the choices you make have meaningful consequences that will determine your fate. Play through multiple times to reveal all of Uncanny Valley’s darkest secrets.

The Aquatic Adventure of the Last Human

Explore the ruins of humanity in this mesmerising underwater action-adventure. Discover thriving wildlife, encounter monstrous beasts, and let curiosity guide you through an inevitable voyage of extinction.