previous
Fate/EXTELLA LINK is also hitting PC and Switch in Europe when it releases on PS4 and PS Vita and here are the lovely limited editions for Europe
random
next
Destiny 2: Ten-thousand Lords of Thunder, more Iron Banner, and dammit, I miss Venus
0 comments 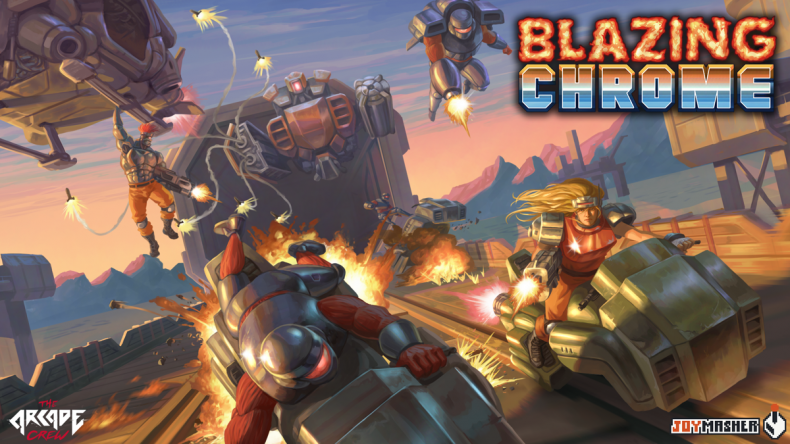 The Arcade Crew and Joymasher have today revealed their new retro-inspired side-scrolling shooter Blazing Chrome. The game is coming to PC, PS4 and Nintendo Switch and is due for release in early 2019. Taking inspiration from the much loved side-scrollers of yesteryear, Blazing Chrome promises a futuristic tone, as players battle through 6 varied levels to reach the end alive.

If that sounds right up your street, take a look at the trailer which was revealed alongside the announcement to see how the game looks and plays:

Blazing Chrome is coming to PC, PS4 and Nintendo Switch in early 2019.