previous
Twitch Prime has some in-game goods on offer
random
next
Tetris 99 flips the basic Tetris experience on its head, and I love it
0 comments 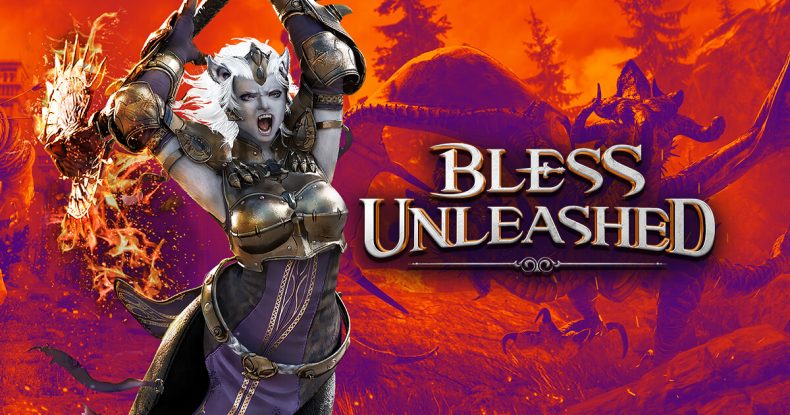 Here at GodisaGeek we’ve had the opportunity to have a chat with Round 8 Studios, the developers in charge of upcoming MMORPG title Bless Unleashed. The game is due out later this year on Xbox One, but to tide you over until then, we’ve taken the chance to ask the team some questions that not only shed some more light on the game itself but also what goes into creating a console MMORPG.

We are working hard and are positive about the game’s development. As with all game development, we have faced some challenges developing an open world MMORPG for a console environment but we’re proud of the progress that has been made.

What’s been your biggest challenge so far?

It would be implementing gameplay handling and action controls for an MMORPG to match the expectations of a console user. Especially in the case of open world battles, it is difficult to predict how many users will participate in these battles at the same time, so it is then difficult in an MMORPG to design well-balanced battles and synchronized users. As someone who knows nothing about game development, how do you create a persistent world online i.e. how do you keep it alive 24 hours a day?

That’s a great and difficult question. For the technical requirements, MMORPGs have been developed in Korea for more than 20 years, so running a game environment well is a product of many years of experience and accumulated know-how.  The more difficult challenge as a developer is what new experiences can we give users in a 24-hour world? MMORPGs have a relatively long play time compared to other genres, so  the biggest challenge is to continue to deliver new content and new experiences. Bless Unleashed strives to do this by showing various changes with region quests that pop-up by time such as rare treasure boxes in the world, elite monsters, boss battles, and divine quests.

What did you want to do different with Bless Unleashed that hasn’t been done with online MMORPGs?

MMORPGs are traditionally PC-based, and even today’s MMORPGs on console are a PC port, leading to a difference in game performance that console users are used to. Although Bless Unleashed comes from the same IP as the PC game Bless Online, the systems and code was built from scratch for the console user. What does the combat of Bless Unleashed offer players when in teams taking on the monsters of Telarion?

The most important and difficult decision for Bless Unleashed’s combat design was whether or not to follow traditional RPG roles of Tank, DPS and Healer. When considering the action combat when designing the combat experience for Bless Unleashed, we asked ourselves if a Tank was required in a game where dodging and skilled gameplay can avoid an opponent’s attacks. And because Bless Unleashed does not have targeting like a traditional MMO, the Healer’s role is diminished. There is always a chronic problem of having to wait a long time to get into the dungeon because of the low proportion of users who want to play Tanks and Healers. Our solution is to get rid of these rules. If you can strategically play dungeons, regardless of class, you will be able to clear dungeons.  We chose to emphasize each player’s active role in combat. For example, if one player is caught in an enemy effect, another player can help remove the status effect, regardless of class. If a group plays strategically and is skillful in their placement, any arrangement of classes can clear a dungeon.

How do players upgrade their gear and level?

There are variety of ways in which players can enhance their gear. Gear upgrades can be earned through monster hunting or quests, or from treasure chests in the field. Another way is to hunt elite and named monsters that spawn in the field, which will require teaming up with other players. Players can also complete region quests that will be available at regular intervals, and upgrade their reputation to a certain level to unlock additional gear options.

Some gear items cannot be upgraded, and those  are relatively strong, so players can use them instantly upon acquisition. For gear that can be upgraded, that process will take place slowly over time. To upgrade gear, you will need items like Artifact Pieces (acquired by destroying other equipment), Enhancement Stones, Upgrade Stone or Star Seed. What has been your biggest inspiration when making Blessed Unleashed?

Our dev team has a large collective experience with MMORPGs. Most have experience at a developer studio for at least one MMORPG, and we are all fans of playing MMOs like World of Warcraft.  We were inspired by large open world console games. Even though we were looking at open world games that weren’t MMORPGs, they contained plenty of elements that MMORPGs would benefit to have. This has helped us to look at MMORPGs from a new perspective.

Is the world brand new, or is it based on existing fiction? If new, how much fun was it creating this world and its lore?

The core world is based on the existing Bless IP, but that’s more art assets. Our team created new stories and quests to explore. We did not want to create linear storylines or one-dimensional characters. If a character is faithful to his/her first impression throughout the story, it won’t be very fun. It is more compelling if a character has an interesting background or something for the player to discover as the story progresses.

Early feedback has been that the story has been too serious, so we are trying to mix a lighter subjects as well. We are also creating a lot of “letters” in which curious users can find in-game to learn about background stories.

We’d like to take this opportunity to thank Round 8 Studios for the interview.

Bless Unleashed launches on Xbox One in 2019.

Mortal Kombat 11 is “the biggest story mode we’ve ever done”: an interview with NetherRealm’s Matt Burke
Be the first to comment!
Leave a reply »