Tetris 99 flips the basic Tetris experience on its head, and I love it 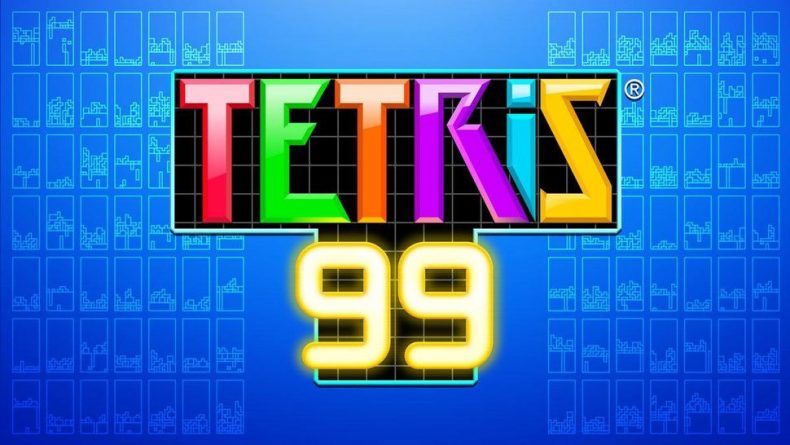 There are many gaming earworms that we develop over the years – catchy tunes that help us recall bygone gaming experiences. And few are as iconic as the start-up music of Tetris, the familiar composition of simple notes invoking memories of logical puzzling, challenging gameplay and just a hint of its Russian roots.

Its simple music and core gameplay are the very reasons why it has been enjoyed by millions of players over the years. You’d be forgiven for thinking the only way to improve on the original would be to build upon it, to add mechanics and additional gameplay elements. Indeed by using the core experience as a foundation, many releases in the Tetris name throughout the decades have attempted to do just that, not least the most recent example, the pretty special Tetris Effect. With its combination of modes and clever using of visual and audio effects, it created an almost new experience for the classic puzzle title.

So on the face of it, the announcement in the latest Nintendo Direct, and then immediate launch of Tetris 99 on Nintendo Switch as a free download for those who have subscribed to the Nintendo Online Service seemed a little nonsensical. This wasn’t bells and whistles Tetris, this was just basic Tetris it seemed, with the only difference between this and the game you’ve played umpteen times before was that you’d be playing against 98 other people. And when the Battle Royale tag dropped, my eyes rolled so far in the back of my head, that all I could see were the words “tepid Marketing gimmick” scorched onto my retinas. And after I’d dutifully downloaded the game out of curiosity – and because I’m a sucker for a freebie – my initial concerns weren’t exactly allayed. You’re greeted with the main screen which simply has the options of playing Tetris 99, your Stats, and Options. Little did I know that selecting the natural first option, I’d be flung head-first into a game online against 98 individuals without even the slightest guidance as to what was going on. Now whilst I’m well aware not many people will need the finer points of Tetris explaining to them at this stage in the franchise’s life-cycle, I do still think a quick introduction to what was going on would have helped. Not least because you’re asked to select which of your opponents will receive the pain should you do well and clear multiple rows quickly. But before you know it you’re into a game, and slip into the familiar block-placing pattern.

Except you’re not, because of one crucial difference. The once calm, calculated, tactical game of Tetris is suddenly transformed into one of speed and dexterity. What was once a marathon becomes a sprint, because the quicker you clear blocks, the quicker you add rows of blocks automatically to your chosen victim. And the quicker that happens, the more chance you have of outlasting everyone else, and ultimately taking victory, like, oh I don’t know a Battle Royale game. Begrudging apologies to the Marketing Department I suppose.

Its only a slight tweak on the tried and trusted formula but the impact to how you play the game, and the feeling you have playing it couldn’t be larger. This is just normal Tetris, but you’re playing it almost speed-run style, as if your life depended on it, just to try and outdo 98 other players who are playing simultaneously. And what’s more you can see each and every one of those other Tetris games being played on your screen, squinting your eyes as nearly a hundred other tiny screens fill up with even tinier coloured pixels, and one by one, they reach the top and are out of the game. It’s a masterstoke decision to include them, even though it’s clearly to emphasise the competition rather than be used as a practical, tactical tool. Sure, you could base your punishment decision on the opponent who looks to be having an easy time of it, or alternatively pick on one who is struggling to finish them off for good. But the truth is you won’t have time because any time spent looking at what everyone else is doing is time wasted clearing your own blocks. But the point is the other 98 are there, they can technically watch your every move, and at any moment choose you as their enemy. And that makes a simple game of Tetris come alive, a shot in the arm for a decades-old title whose simple gameplay becomes an odd adrenaline rush. The speed with which your forced to play means the games of Tetris themselves are also over quicker, meaning it never feels like a chore to play a few heated, intense rounds, and the Rematch button at the end of each battle will get a lot of use. A far cry from the apathy or resentment after finally losing a long-fought Tetris game back on the Gameboy.

So, against all odds, I’ve caught the Tetris bug again. And not because it’s added a cool new feature like a different way of destroying blocks, or looks or sounds nicer, but simply because I’m playing against other people. It’s made Tetris faster, more intense, and replayable than it ever has been. Sure, at best I’m scraping top 20 most of the time – clearly I’m a fool for thinking I was GOOD at Tetris – but the pace of the games, and my competitive streak means I’ll happily come back for more. For a free title, this one has managed to do something a bit special to a well-established franchise, so get it downloaded and let battle commence!