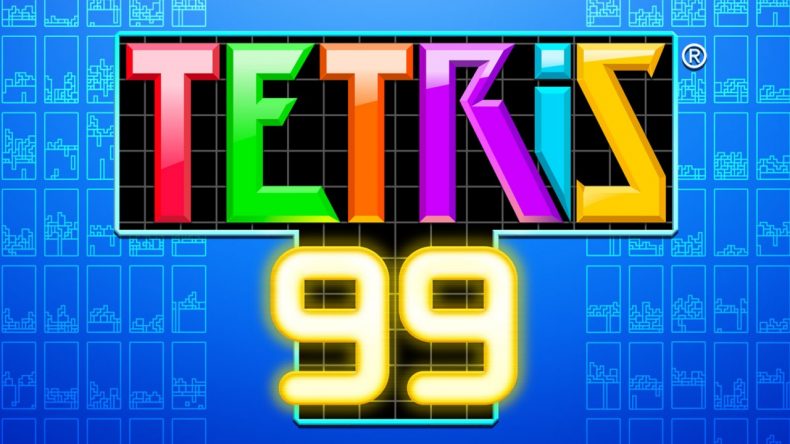 Tetris has seemingly been around since the dawn of time. There’s probably not many people over the age of 8 who haven’t played a Tetris game at some point in their life, even if it was just some cheap knock-off LCD display thing they picked up for a quid or two.

The thing is, over the years the apparently timeless formula has struggled to stay relevant outside of the hardcore competitive scene, so, what could possibly be done to make Tetris fresh for twenty-first century audiences? First off we had Tetris Effect, bringing Tetris into VR and immersing the player in visual stimulus worked beautifully for the franchise, but the second change is probably the most drastic. Tetris really is a sedate game. Yes, it gets faster and harder, but overall you can take your time, in Tetris 99, however, you’re not just up against the blocks coming down, you’re up against the world.

This change has come around from the popularity of Battle Royale games. Being the last one standing always feels good, and there’s been competitive versions of Tetris and it’s ilk like Puyo Puyo for a while, so essentially taking the 1v1 mode and transposing it to a free-for-all battle featuring 99 players is a relative no-brainer? Unlike a regular 1v1 battle you’re not really going to pay much attention to the other smaller screens around you, especially as there are so many of them to begin with, and later on in the battle you’ll be moving blocks around so quickly that you won’t have a chance to look away to see how your competitors are doing. It all starts off sedate, with you placing the tetronominos with nary a worry, setting yourself up for multiple lines and as a result messing up one of your many opponents. This is a bit of a risk reward scenario though as if you’ve built up a lot of lines and all of a sudden you receive a load from an opponent, you can find yourself scrambling to get your board under control. On the flip side, cope with it, eliminate the lines and the ones you’ve gained and you’ll put someone else on the back foot. When the competition thins out to about halfway, the speed cranks up and you’ll find you’ll be hit with more lines from your foes. Keeping a cool head during the final phase is easier said than done and even if you, fail the urge to go back and try again is incredibly strong.

For a game that requires fast, precise placement it once again shows up the design deficiency of the Switch’s pro controller, with its d-pad that misreads sideways presses as up. This frequently results in you hard dropping blocks rather than moving them to where you want them. Unless you have one of the newer pro controllers that doesn’t have this fault I’d recommend sticking to the dual Joy-con grip. Otherwise this is as perfect a Tetris experience as you could want. The battle royale mode is free after all, but if you want a pure Tetris experience you can buy the Big Block DLC for £8.99 to give you the normal Tetris Marathon mode, which while not as zen as Tetris Effect it’s still a nice way to pass some time while we’re waiting for a new Picross title to arrive. On top of that, if you’re struggling to obtain a win on The 99 you can practice against bots steadily increasing the difficulty until you find your level. Intriguingly there’s still plenty of space on the main menu, which makes me wonder if there’s more stuff in the pipeline to come?

Let’s face it, at the price of zero pounds this is an excellent title, and for such a cheap price the offline DLC is a bargain for one of the longest running franchises in videogames, especially with the gameplay being so timeless. The battle royale spin is easily the most original and probably the best modifier the Tetris formula has had in its history and is the kind of invigoration it needed to keep it relevant in today’s gaming landscape, if you’ve got a Switch then get on it.

The Pro Controller is terrible for this

If you’re after a royale-y good time you should look much farther than Tetris 99.

Tetris 99 flips the basic Tetris experience on its head, and I love it