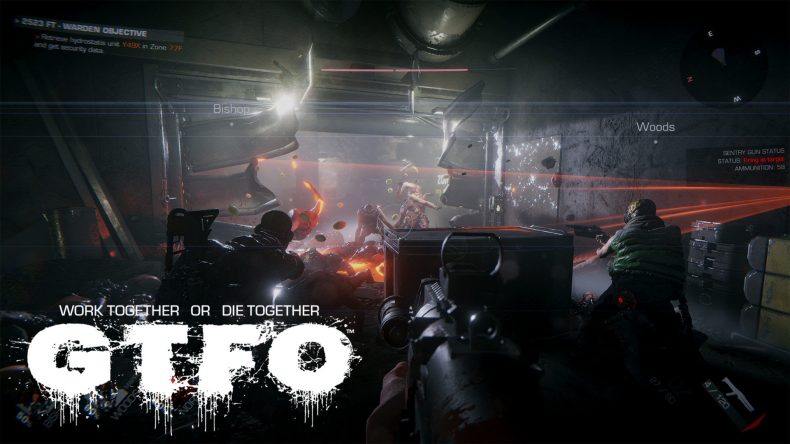 The team made up of veterans previously known for PAYDAY: The Heist and PAYDAY 2 has been teasing the short for some time, but now the short is available to watch. It features interviews with the developers and previously unseen gameplay footage. We get to see the evolution of GTFO, from the first rough sketches of the enemy designs to how it has grown over its three years of development. For example, they’ve put a lot of emphasize on dialogue, hiring Adam Gascoine as writer – known for The Last of Us and DOOM – and contracted experienced actors to keep the voice acting at the highest level.

“You’re almost always running out of ammunition. You’re almost always running out of health.”, says Simon Viklund, member of 10 Chambers Collective, in the documentary, highlighting the game’s focus on stealth and strategy rather than running and gunning. “If you want to survive you have to use all your tools and instincts to detect a combat situation before it happens, prepare for it, and control the action.”

The story of GTFO won’t unfold via a traditional story campaign mode, rather it will evolve through free continuous updates to the game.

“The sort of style of the environments are purposely picked to start off in something that registers as natural and normal.”, says Ulf Andersson, Creative Director for GTFO and Founder of 10 Chambers Collective. “And then, as players progress through the game, this will of course change and become… I guess, weirder and weirder.”

GTFO is expected to release in Spring 2019.

Likes to shoot stuff and wear pretty shoes. Is a BEAST at Titanfall.
MORE LIKE THIS
Behind The ScenesIndiePayday 2PAYDAY: The Heist