Black Future 88 has a solid foundation, but needs refining to stand out from the roguelike crowd 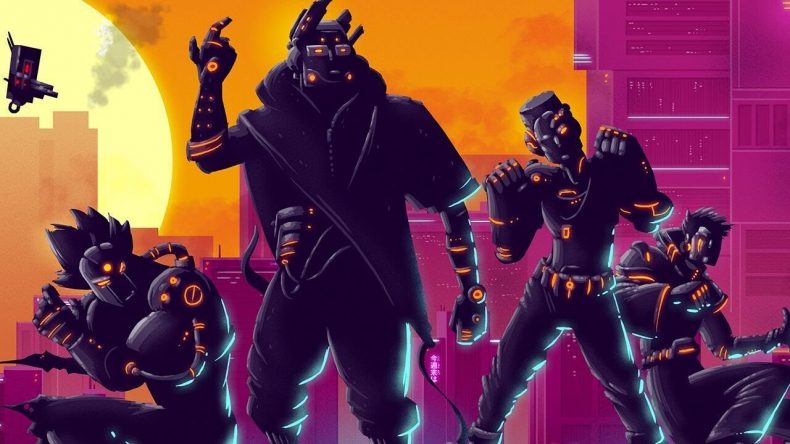 Black Future 88 promises to scratch an all too familiar itch of the roguelike, a genre that seems to be more popular than ever thanks to the likes of Dead Cells, Spelunky and Downwell. Set in a alternate, dark, post-apocalyptic version of 1988, your task is to scale a procedurally-generated tower and kill the one known as the Architect. Armed with guns and melee weapons you must fight your way to the top avoiding the permadeath that is a hallmark of the roguelike genre.

But what makes a good roguelike?

For many, the first thing that comes to mind is fairness. For a genre that relies on permadeath as a learning tool for progression, having confidence that you only die because you made a mistake, and more importantly one you can overcome through practice, repetition and experience is the key to unlocking the charm and appeal of a roguelike. Thankfully Black Future 88 is pretty clear in this regard, with laser sighted snipers or sentry posts spouting balls of flame at you, clearly signposting what to avoid, and never feeling unfair in the process.

There also needs to be progression in a roguelike, and whilst the majority of this naturally comes through becoming more familiar with the game, learning its intricacies, Black Future 88 also employs a levelling system upon death, which is used to unlock additional weapons to pick up in-game as well as unlocking additional characters to choose as your hero at the beginning, each with unique characteristics. Whilst this levelling doesn’t make you stronger, like in Rogue Legacy, its unlock system does make even death feel like you’ve achieved something more, and it’s always interesting to unlock a new method of killing your enemies. It’s also important to feel unique in a roguelike, because otherwise death can feel repetitive and similar to other games that you’ve played before. Black Future 88 aims to be different with a couple of mechanics that set it apart. The first is a timer, but unlike Dead Cells, where the timer is counting up, in Black Future 88, you have just 18 minutes to finish it, by scaling the tower and ending the Architect. That timer is forever counting down, and serves as a constant millstone around your neck, urging you to keep going. Ponderous exploration and slow tactics won’t ultimately win the day here, despite the alternative to careful planning being the ever-present permadeath through over-exuberance. It creates a nice healthy tension that forces the tempo up, but thankfully not too much that the experience feels rushed or forced.

The other mechanic it employs is one that tells you the direction of the boss. Each portion of the game is broken up by a collection of rooms and a boss at the end, defeat of which will see you progress to the next area, and so on and so forth until you reach the summit. One of the pitfalls with randomly-generated dungeons is one of frustrating dead ends, but when you’ve cleared a room of enemies, a giant skull will show the exit that leads one step closer to the boss room, meaning if you’re not up for exploration, and are simply after progression – especially important with the 18 minutes forever counting down – you can use this to your advantage. It’s these mechanics and design decisions which make Black Future 88 a good roguelike.

But what makes a great roguelike?

Elevating a decent roguelike to one that will be lauded as a fine example of the genre is tricky, and a lot of it comes down to refining the overall experience. Transparency is a key factor, in terms of feeling like you have full knowledge of everything that is going on, or at least enough to feel like you’re not being left in the dark. Unfortunately this is where things start to unravel for Black Future 88. You can pick up weapons for example, but other than their name it’s not clear what they are, how they should be used or how strong they are. Often you’ll change to new weapons to experiment which can leave you in a worse position offensively. This only gets worse as you unlock more weapons as you level up, meaning memorising weapon names and their features becomes an increasingly daunting task. This is made even harder by the retro pixel look, making significant differentiation between weapons visually difficult also.

There’s also a mechanic in the game whereby if you don’t collect all the money and ammo that enemies drop after a while, then the tower itself will absorb them as a sort of experience and level up itself. You know this is happening with a small graphic that appears at the bottom of the screen. However it’s difficult to know exactly what happens when the tower does level up, although icons that resemble the game’s buffs and curses – items you can collect that bestow various boons – do appear. Again the problem is unless you’ve memorised the images of all the buffs and curses, you can’t really use this information for anything, and you’ll never really know if an enemy in a future zone was more powerful because of a levelled up tower, or because it’s just in a harder section of the tower. Feeling in control is also important, and whilst Black Future 88 is perfectly passable, when compared to the tight controls of say Dead Cells, this feels somewhat lacking. Jumping can feel imprecise at times leading to wayward platforming, and is very noticeable given you’ll use it a lot because you’re forever progressing upwards on the map.The useful dash mechanic – whereby you can move through walls and obstacles – is vastly under-utilised, serving more as a makeshift dodge move that never feels as refined as it needs to be to give you the upper hand against a swarm of enemies or a boss encounter.

And perhaps most disappointing is the feeling that the five areas you progress through to reach the top of the tower feel too similar to each other. Sure it’s a tower, and so I’m not expecting lush flora or desolate sandy desert areas, but aside from the names offered up at the start of each section, it’s difficult to differentiate between them. And this just serves to make the game feel repetitive because even if you do progress, you don’t always feel like you’re in a new area, just a familiar, blocky, dark series of tower rooms.

Good but not great is where Black Future 88 stands as a roguelike, and it remains to be seen how much of that which separates it from greatness can be fixed before release. A bit more explanation of weapons and buffs would help, as would a tweaking to the jumping controls. However it’s unlikely the repetitive design and lack of dash utilisation – being core parts to the game – will be fixed for launch. It still has a pretty solid base to build on, this certainly isn’t a bad title at all. But how many tweaks it makes for the better will see how far it will build upon those solid foundations, and build its metaphorical tower upwards towards approaching greatness.