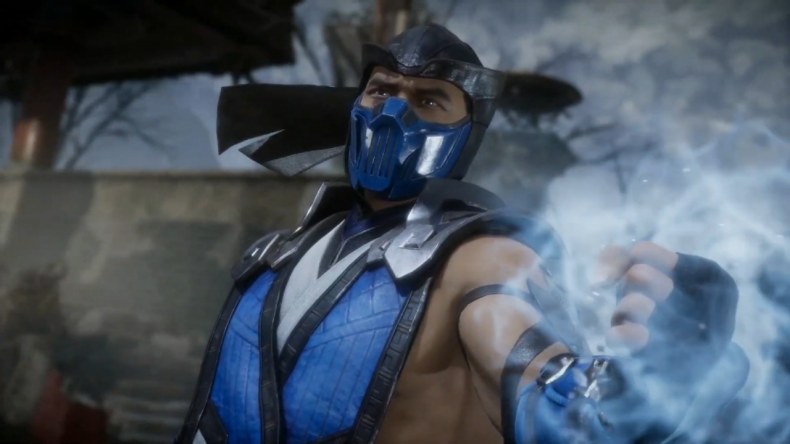 Mortal Kombat 11 is releasing in less than a week, and I am pant-wettingly excited. Maybe that’s not an image you wanted to picture, and for that I’m sorry, but there are few developers that get me this excited, and after heading to London to see even more of NetherRealm’s latest entry into the Mortal Kombat saga at the UK launch event, I can’t think of how anything else is going to top MK11 this year. Combos flow so sweetly, and each character feels so unique. The cinematics are feverishly delightful, environments are both menacing, beautiful, and advantageous, and the blood flows like Victoria Falls.

I was a huge fan of MK X’s story mode. NetherRealm has shown just how seriously it takes a single player campaign, both with MKX and Injustice, and I was keen to learn a little more about it. I had the pleasure of chatting with Assistant Producer at NetherReam Matt Burke, who gave a bit of insight into it. “This is definitely the biggest story mode we’ve ever done, in terms of the length,” he told me. “It’s quite long, and I’m very excited for everyone to play it. Kronika is a super cool boss character, a big bad female character. We’re all excited around the studio about that.” “Having the past and present kind of merge together, getting to see past Lui Kang run into his evil ‘revenant-leader-of-the-NetherRealm-self’ while he’s still the chosen one. The paragons of virtue, as they both see themselves as that. We have tons of moments like that.”

If you played X’s story, you’ll know just how epic it was, and knowing this is a sequel to that, taking place after the final events, we’re most certainly in for a treat.

The MK11 beta gave us a limited character roster, but at the event I had the chance to play as Johnny Cage, Sub Zero, Raiden, and newcomer Geras. A loyal and powerful servant of the Keepers of Time and the Architect of the Universe’s Destiny, the time manipulator and all-round powerhouse is a terrifying force. He is a hulking warrior with an intimidating move set, and I had plenty of fun trying him out. “He does some of the weirdest stuff we have ever done,” said Matt. “He has moves where he can add or remove time from the clock. You could have a lead with 20 seconds left on the clock and think, ‘yeah, I’m just gonna skip forward,’ and it is really cool.” “He can also roll back through time, so if he’s in a combo he can roll himself back six seconds and move across the screen, start doing projectiles whilst the character is still doing the combo, and you’re opponent is thinking, ‘what the hell just happened?’ He breaks so many rules. He is super cool. His powers are both equipable special moves. MK 11 is also about the custom variations. They are both pretty powerful and take up multiple spots. A lot of his moves bend the rules, but you can’t use all of them.”

There’s such a wide variety of moves and styles, yet nobody feels too overpowered, something which NetherRealm has gotten right for a long time now. Without trying out the whole roster, I’m already drawn to Kabal and Sub Zero, but every character has positives which allows them all to be useful in a fight. Choosing a main could be a difficult decision to make, but I’m fine with that. Each fighter is unique, with familiar favourites managing to exude their personalities through their cinematics and move set. Matt shed some light on one favourite of his: “They all do something really special, and I’m very proud of them. The character that they’ve shown a lot of and that I’m excited about – that showcases something really cool that we’ve done this game – is Johnny. He oozes his personality. All of his moves, his cinematics, his fatal blows, his fatalities – they’re all like, ‘of course Johnny Cage does that!’ He’s the only one who would do that, and I think we’ve tapped into something with that. Everyone needs that personality, like Jade. She would lean back on her post and be like, ‘yeah, whatever.’ But I’d pick him, but that spills out to everyone.”

If you’ve been keeping up with how Mortal Kombat 11 uses customisation, you’ll know just how varied it is. You can change intro cinematics, equip different special moves, change attire, and so much more. It seems like a natural evolution to include a deeper customisation with MK11, and Matt expanded on that. “Some of it was based on feedback from the last game. MKX was the first time we did custom dialogue and intros. People really liked that, and we really nailed it. With MK 11, people really loved this so let’s give them more.” “We’re all about giving more content – so let’s give them more. They can have this intro that they think is super badass for the character they’ve built with all this gear – the ability loadout they’ll know its theirs. My hope is that you run into someone online, and without seeing their gamertag, you’ll see this Johnny and see how he’s kitted out, and be like: Oh yeah, this guy is known. This pink undershirt Johnny, he’s dangerous.”

Every fighter strolls into a fight with the bravado and arrogance of the Red Viper before his skull gets crushed by the Mountain in Game of Thrones, and these cinematics are just incredible. I wondered how much work goes into getting this right. “That’s a lot of back and forth between design and animation,” Matt explained. “Our mo-cap artist Carlos who’s been with us for a very long time, is trying to make sure every character has their own flavour. Like Kitana is very flowy, with the last game she was assassin-based, and in MK11 it’s like she’s dancing when she’s hitting you. Jade kind of has that with her pole, spinning around and doing all these flips. Jax is going to punch you really, really hard, over and over, like, why wouldn’t he do that? He’s not going to dance around, he’s going to go in like a freight train, and I think it adds even more personality.” If I was Geras, I’d fast forward to the release date and be sitting here happily playing MK11, but I’m not. I don’t even have his muscles. Still, I can continue riding the hype train and wait patiently like everyone else until the legendary franchise bestows its newest title upon us. There are still some fighters to be announced, and on top of that there’s all the cool DLC we will most likely be getting.

Speaking of downloadable content, Matt let me know one of the fighters he was looking forward to seeing: “I’m super excited for Shang Tsung who we got to announce, and that’s Cary Hiroyuki Tagawa from the MK movie, with his VO and his likeness. We were like: is this going to work? But we saw it and it was incredible, now everyone is so psyched.”

Remember that movie? It was a work of art – an Oscar winner that never actually received an award. But it should have! Anyway, Mortal Kombat 11 is upon us on April 23, we’re all going to see just how far Mortal Kombat has come in the last four years.

Video games are cool. Don't let anybody tell you any different.
MORE LIKE THIS
InterviewMK11Mortal kombat 11NetherRealm Studios