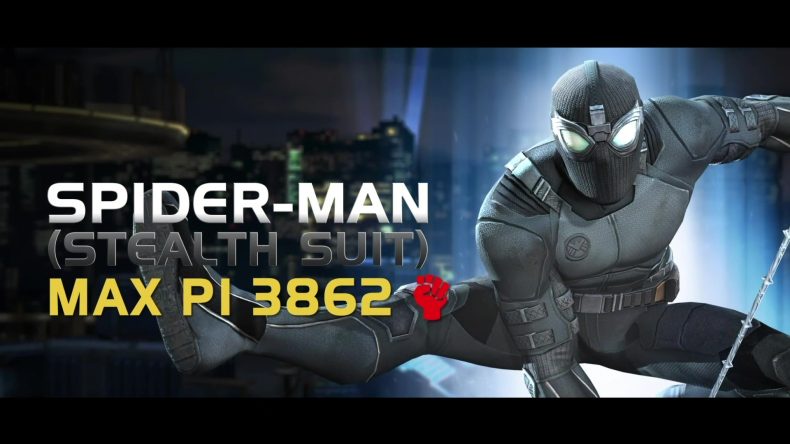 Kabam has today launched a new character for its mobile fighting title Marvel: Contest of Champions, with players now able to select Spider-Man (Stealth Suit). Taking inspiraiton from the new Spider-Man: Far From Home movie in cinemas, players can take on Peter Parker in his new suit from the film.

Check out the official character bio below:

Traveling light (without The Suit made by Tony Stark), Peter Parker is in Europe with his Midtown High School classmates — when Nick Fury shows up looking for Spider-Man (Stealth Suit). Apparently, Elemental Creature attacks have been going on throughout Europe and a closer investigation into these attacks is needed. Spider-Man is given his own tactical Stealth Suit, made for him by the very same S.H.I.E.L.D agent who outfits Nick Fury, Maria Hill, and the rest of the team.

Check out the character in action below:

Marvel: Contest of Champions is out now on mobile devices.