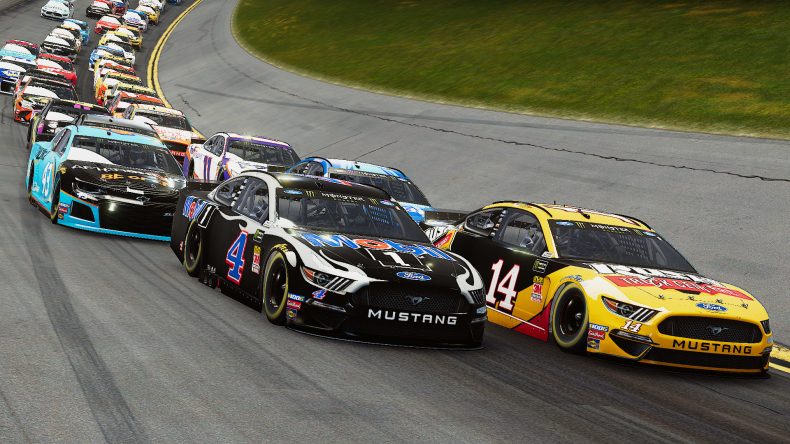 The NASCAR Heat games haven’t blown me away so far, but they have still been good fun. The last game was a good representation of NASCAR racing, and this new video for NASCAR Heat 4 suggests that the sequel may have listened to criticism.

For one, the AI looks to respond properly to the player vehicle, which is already a step forward. It looks to perform considerably better and look decent, too.

But this isn’t a review or anything, this video is here to showcase the new customisation. Not only can you now play a Gander Trucks Series race at Watkins Glen, you can also play pre-built custom seasons in Championship Mode. You can, as the video shows, also play each series on different tracks.

The upgraded visuals and even a new tyre model for different track types, mean that it really should look and feel better than it did before. It even allows you to start in any series in Career mode, to avoid those lengthy waits of previous games.

This all points to a hopefully better game, when NASCAR Heat 4 arrives for PlayStation 4, Xbox One and PC on September 10th.